Downer, whose daughter Georgina was re-endorsed this month as the Liberal candidate for his former Hills seat, used his regular column in the Australian Financial Review today to deliver a scathing missive aimed directly at Australian voters, whom he scolded: “You’re never happy.”

Noting the adage that “the public get the politicians they deserve”, the nation’s longest serving Foreign Minister told voters: “Through all the political turmoil over the past decade, I can’t help but draw your attention to your own culpability… it’s at least partly your fault.”

“More than anything, it is the contradictions in the public mind that have contributed to the scandalous degree of political instability we’ve experienced over the past miserable decade.”

And, he added, “there’s every danger you are about to make the whole situation worse”.

He took aim at independents including Wentworth aspirant Kerryn Phelps, Indi incumbent “Kathy” [sic] McGowan and Rebekha Sharkie, who beat his daughter Georgina with 57.5 per cent of the two-candidate vote at the recent Mayo by-election, calling them a “disparate group of opportunists”.

“How would Rebekah [sic] Sharkie manage the roll-out of 5G?” he pondered.

“Imagine if all of parliament was made up of people like that. How would a government be formed?

“They’d go back to their electorates every Thursday night and ‘consult’ them. How long would that take? Whatever happened to representatives? We’d end up governed by a gaggle of delegates, nothing more and nothing less.”

Liberal insiders are privately crestfallen at Downer’s latest intervention in contemporary politics, after frequent forays into the by-election campaign.

The column is reminiscent of his infamous social media strike on the eve of that poll, when he chided voters on a Facebook forum for criticising his family.

“We are Adelaide Hills people and been in politics here for decades and through multiple elections never come across such abuse,” he posted to the group.

“Sharkie supporters have brought such horrible hate to our district… you must all be new arrivals.

Georgina Downer did not comment on her father’s latest broadside, telling InDaily she had not read the column. 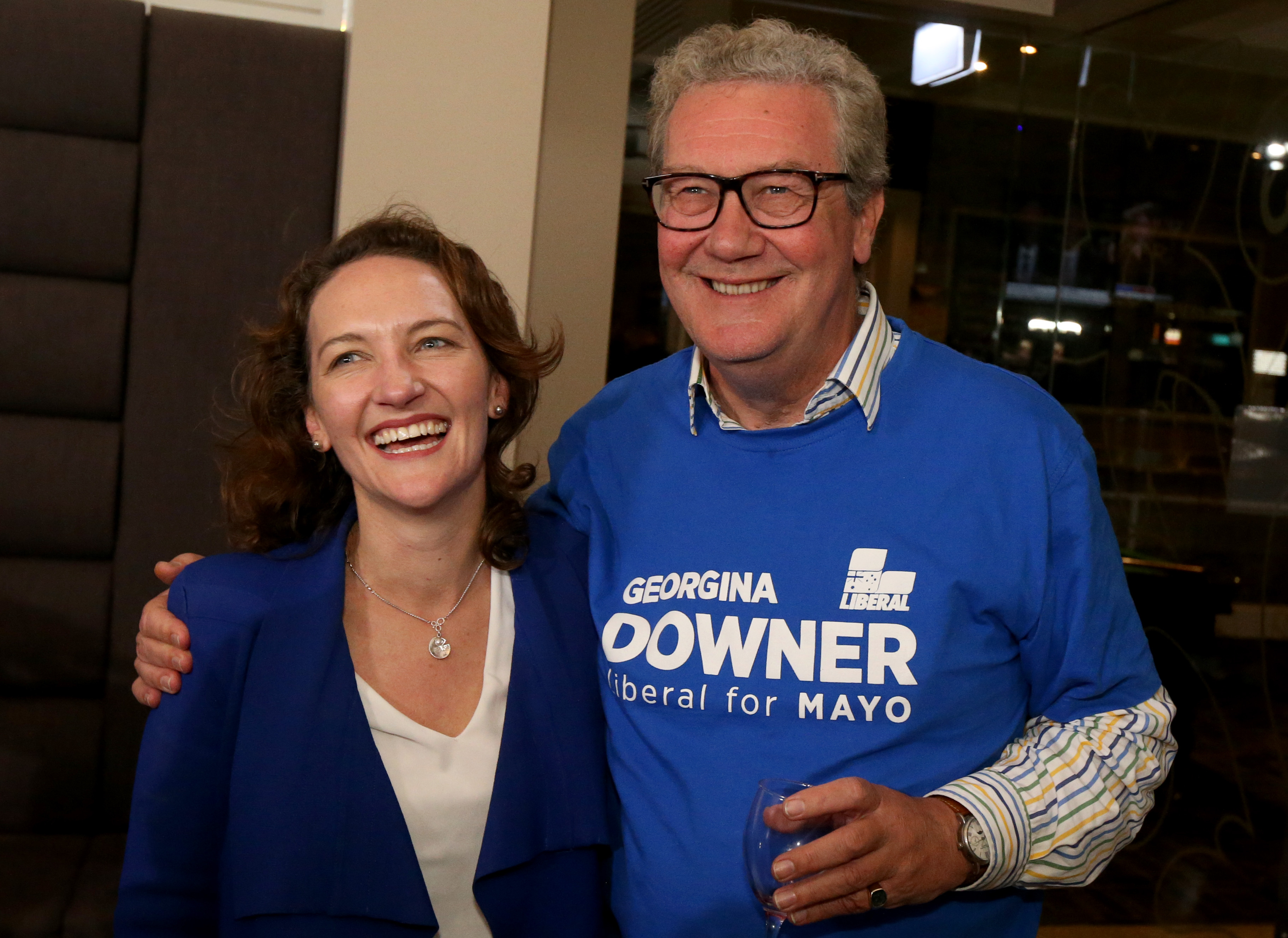 Georgina and Alexander Downer on the night of the Mayo by-election. Photo: Kelly Barnes / AAP

Several insiders have expressed private frustration over his repeated interventions, with one expressing sympathy for Georgina, who would be “better off if she was [called] Georgina Smith”.

In his column, Downer cited the electorate’s demand for “cheaper and cleaner power” as evidence voters are demanding the impossible.

“The problem is the public wants a magic pudding… and politicians are tempted to offer it,” he wrote.

But, he said, “the collective electorate can be wrong… they can make decisions that make governance harder, not easier”.

“There are already signs that you think independents might be better [but] this is a path to national ruin… we’d have a coalition of chaos.

“If disillusion with Liberal and Labor keeps growing, you’ll end up with something a lot worse. It’s a worrying prospect. Government would be paralysed. The country would stall. Think it through… very carefully.”

Downer noted the forthcoming Wentworth by-election was “a test” for voters, saying the “intellectually brilliant” Liberal Dave Sharma – “who worked for me for two years” – would “help lead our country through difficult times”, while Phelps was a “chimera” who “offers everything to everyone”.

Sharkie told InDaily she found Downer’s article “partisan and disappointing, but what I have come to expect from a self-proclaimed ‘nation builder’”.

“Blaming voters is lazy politics – lucky we were not called ‘peasants’,” she said.

“The centrists on the cross-bench believe in good governance. We are there to work with government, but also to hold government to account.

“We are not there for vested interests whether that be big business or unions, or to climb the greasy political pole to a ministry – we are there for the community who employed us.”

Sharkie said independents “often make Government look good” on policy outcomes, and were “willing to speak out on issues that the community cares about and on matters where Government and the Opposition are silent, such as drilling in the Great Australian Bight”.

“The Parliament is supposed to be the place of the great national conversation – conversations work best when there is a diversity of ideas, and I would argue the nation needs the voice of considered independents from the centre now more than ever,” she said.

“While Mr Downer believes independents are ‘a path to national ruin’, I would argue that the leadership instability that has beset both major parties has caused significant damage to Australian democracy and public perception of politics, and neither the Australian community nor the independents had a hand in the executions.”