It’s understood the review of the party’s election campaign, which is being overseen by federal MP Nick Champion and retired state MP Steph Key, is close to completion, with a briefing to be given to members of Labor’s state executive next week before the findings are handed to state council.

Not cry foul about the boundaries? When Metropolitan & Labor seats are on average 10% larger than regional & Liberal seats, I’d say yes we are. One vote one value is a “non negotiable” requirement of any democracy. Sorry @HRManning https://t.co/Hn7Mrb7upt #SAparli

But a submission to the review by former Labor senator and state secretary Chris Schacht, obtained by InDaily, warns “it would a very bad mistake to say we lost the election because of a bad redistribution”.

Schacht argues that since 1985, when he was state secretary, Labor has won the statewide vote only once in eight elections.

“In seven elections out of eight over a 33-year period we have been the minority party in votes won,” he writes.

“Until the Labor Party can get the support of the majority of South Australians the legitimacy of Labor being able to govern will always be in doubt.”

He said for veterans such as him who campaigned against the Playford-era gerrymander “it is more than ironic that we have governed for so long on a minority vote”, deriving electoral success from “winning the minimum number of seats and convincing independent conservative MPs to join our government”.

“In recent decades we gave up the notion that we should be the government because we win more votes than our opponents,” Schacht says.

“Unless the Labor Party learns again how to get the majority of votes from South Australians we may face a long period in Opposition.”

He says the 2018 focus on “trying to win 24 seats [instead of] the majority of the vote… was the fundamental weakness of the campaign”.

He says some “accrued failures”, including power prices, Oakden, Gillman, TAFE and child protection, “may have cost some votes” but “I don’t think any of the failures specifically contributed to a loss of government compared to the redistribution”.

“The main problem was they deflected the positive message of our achievements, such as infrastructure projects, from getting their full positive support,” he writes.

“Unlike previous state election campaigns, the Liberal Party had a comprehensive message to the electorate which, though we could attack, had no major credibility problems.”

Schacht urges “every state executive member and every state Member of Parliament [to] go and look at every polling booth result in all 47 electorates to get an idea of where our vote has collapsed and recognise how bad our vote is in many different electorates in South Australia”.

“The main reason our vote is consistently less than the Liberal Party over the past two decades [is that] our vote in non-metropolitan Adelaide has got worse,” he writes, noting that in March the only regional booths in which Labor outpolled the Liberals were in Whyalla, Roxby Downs “and the mobile voting from the [APY Lands] in the far north”.

“The Labor Party did not win one polling booth in any other town in South Australia,” he says.

“Why have such wage and salary earners giving up voting for us in non-metropolitan Adelaide?”

He says while the party “made a genuine effort to get credible local candidates… the real problem is many of them were only preselected in the last few months before the election and had no opportunity to build a profile in their electorate”. 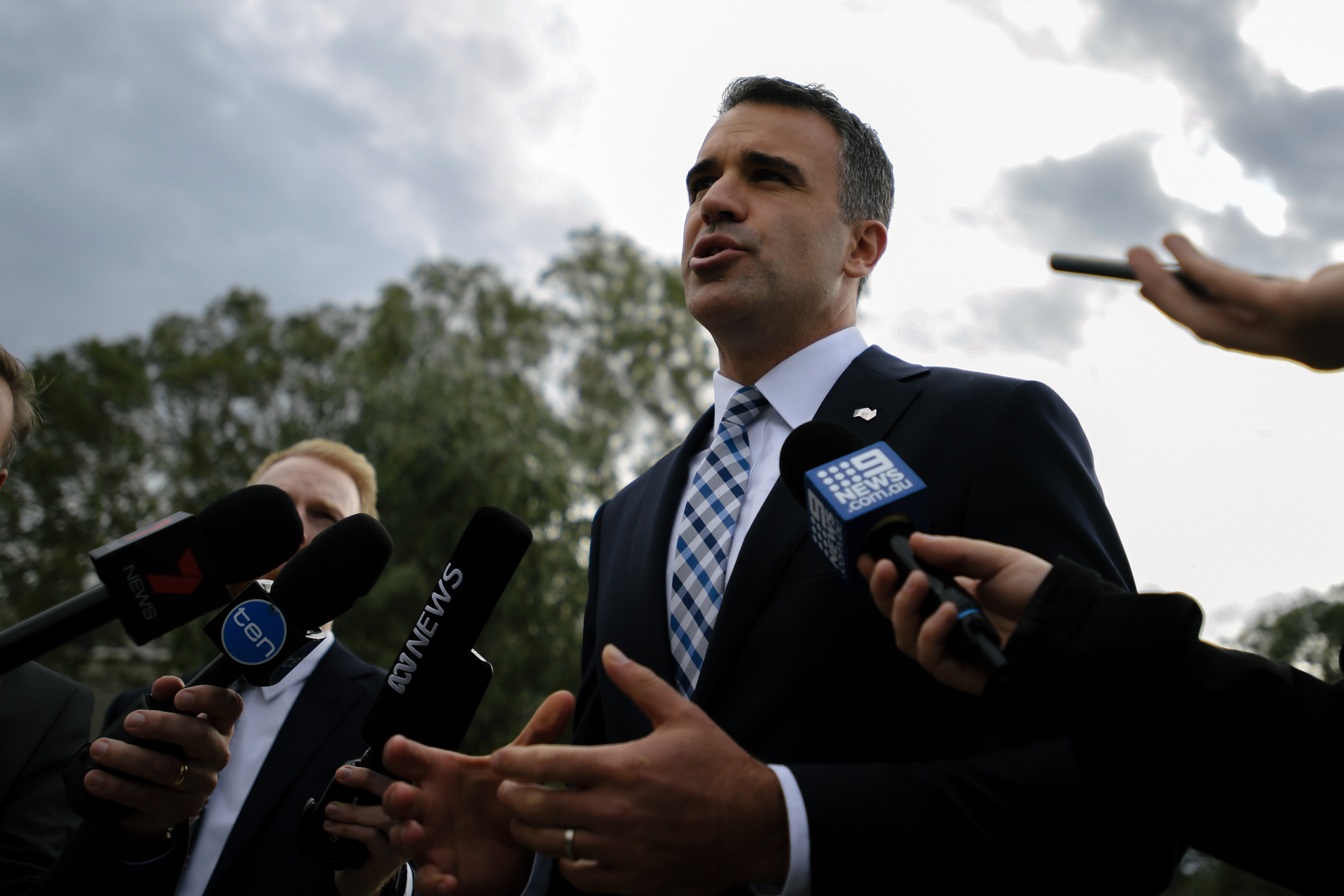 The state election was complicated by the emergence of Nick Xenophon’s SA Best, which ended up polling 13.7 per cent of the statewide lower house vote after a December Newspoll had their support as high as 32 per cent.

The key question for Labor between now and the next state election, in March 2022, will be understanding where that 13.7 per cent flowed from – and where it will flow back to.

Schacht points out that “in marginal seats where SA Best did not run a candidate (such as Light, Adelaide and Torrens) there appears to be a small swing to Labor… so it may be that SA Best did us more damage than it did the Liberal Party”.

He writes while Labor’s policy platform, titled “Standing Up for South Australia”, was “very well prepared and a very effective policy document… much of what we talk about regional issues is an adjunct to what we are doing in [areas] such as health, education and transport”.

“There is not one mention of any specific agricultural, fisheries or timber industry,” he notes.

“There is no mention of the tuna industry, the lobster industry, the oyster industry or the scallop industry… sectors [which] provide up to a billion dollars worth of revenue plus thousands of jobs to the South Australian economy”.

“In agriculture, there is not one mention of any horticultural industry in fruits, in flowers or vegetables other than an indirect connection that we will fight to get more water preserved in the Murray Darling basin,” he writes.

“These horticultural industries have turnovers running into hundreds of millions of dollars.

“The wine industry, which is the only multi-billion industry in Australia which South Australia dominates, gets no mention other than that we will grow the industry and encourage export development.

He further notes there is “no mention of the copper industry, gold industry, uranium industry or the potential for many more mines to be created that would provide exports, jobs and royalties for the State Government”.

“Every one of these industries is a major contributor to the economy of South Australia, both in its exports and the jobs it creates.”

Schacht “strongly recommends” that Labor “develops policies, but above all recognition, that we are talking to and listening to… the industries mentioned above”.

“Not one of those industries is without its problems and challenges in the future… all of them will need assistance directly or indirectly from the government,” he says.

InDaily reported yesterday that Malinauskas would visit the Eyre Peninsula this weekend, ahead of similar visits to the Yorke Peninsula, Kangaroo Island, Mount Gambier and other parts of the South East, the Riverland, Murray Bridge and Port Augusta.

He told a forum this week that “as a party we’ve got a lot of work to do”.

“Our primary vote in the regions generally is low [and] if you look at votes cast as a measure of whether or not you’re serious in terms of policy and commitment to the regions then we’ve got a lot of questions to ask ourselves,” he said.