The Liberals and the ALP are both finalising their internal candidate selection processes, with candidates in key seats to be confirmed next week – including in Mayo, where Liberal insiders are agitating for a contested ballot, InDaily understands.

The boundary redistribution that saw Labor powerbroker Mark Butler’s safe seat of Port Adelaide abolished has transformed the electoral contest in SA, with only one seat nominally in any real danger of changing hands – the southern suburbs Liberal seat of Boothby.

Rising Liberal star Flint will go to polling day – due by May 18 next year – with a nominal 2.8 per cent margin.

It’s understood Labor has sewn up its candidate for the seat, with long-time ministerial advisor Nadia Clancy the only nominee. Left-winger Clancy, who has previously worked for Kevin Rudd, former ACT chief minister Katy Gallagher and Butler himself, is expected to have her candidacy confirmed at a state executive meeting on Monday.

That meeting will also formalise former Julia Gillard adviser Marielle Smith as the new face in the winnable number two spot on the ALP Senate ticket, as InDaily revealed yesterday.

The fact Labor won’t have to pour resources into traditionally more vulnerable seats will allow it to focus on Boothby as its key strategic target in the state.

Clancy has Labor pedigree – her mother, Holdfast councillor Rosemary Clancy, was a candidate for Mitchell at the 2006 state election, losing to former ALP renegade Kris Hanna.

Most insiders seemed unaware of her looming candidacy, but many sung her praises, regarding her as a “really solid” prospect.

In a June interview with online blog Advoc8 Clancy enthused that she had “worked as a staffer in both federal and state politics as a policy adviser, media adviser and electorate officer”. 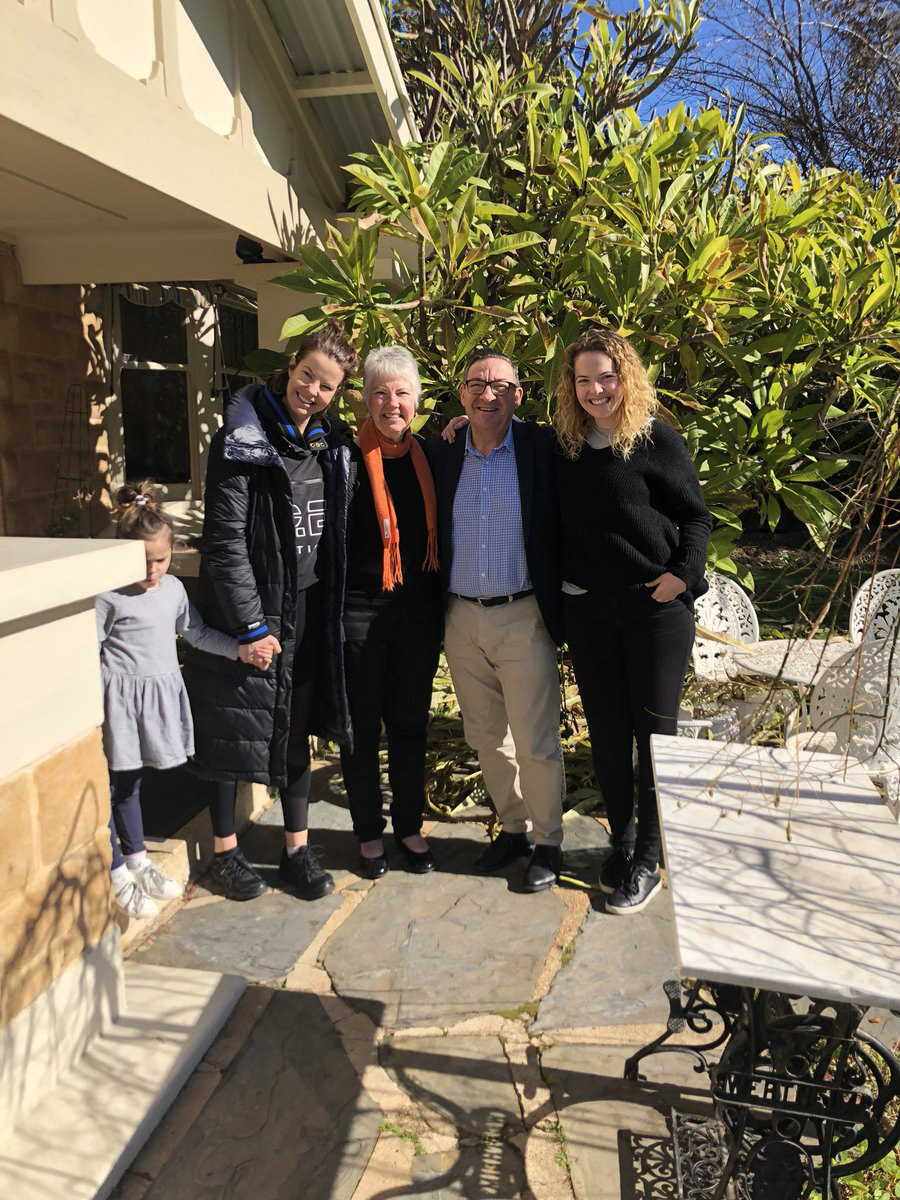 She has also worked as a journalist for rural ABC radio, with an online bio saying while “wandering the corridors of [federal] Parliament House she would sometimes sneak up to the Press Gallery to soak up the buzz”.

She is currently running as a candidate for Holdfast council herself, posting on Facebook in June: “Having grown up in the area, and as a current resident, I am passionate about our local community, and would like the opportunity to represent you on Council.”

“Over the coming months I will be doorknocking and holding street corner meetings so I can find out what matters to you most,” she wrote.

Clancy did not return calls or respond to text messages or emails today, and it’s unclear if she intends to continue her local government tilt should she be confirmed for Boothby.

Flint told InDaily she was not aware of Labor’s intentions for her seat, but was “completely focussed in serving the community here in Boothby”.

Every other current incumbent is on a comfortable nominal margin, with Mayo the only other seat attracting significant attention, after Georgina Downer failed to make headway against Rebekha Sharkie at the weekend by-election.

The fallout from that loss continues to haunt the Liberals, with some in the party now privately advocating a contested preselection – if only to legitimise Downer’s candidacy for the general election.

One insider told InDaily the daughter of former Foreign Minister and Mayo veteran Alexander Downer needed to see off a challenger “so that people think she’s earned that right [to stand for Mayo] off her own bat”.

Others in the party believe Downer should not even contest the seat again, or that she will lose if she does.

Mayo branch veteran Park Fogarty Sr, a former president of the Mayo Federal Electorate Conference, told InDaily he would likely support Downer in a ballot but did not believe she would win the seat.

“She’s got plenty of ability, but she won’t get over the line here now, thanks to what happened,” he said.

“I personally thought she was a great candidate, but I’ve been around politics long enough to know she’s got to carry the baggage of this dynasty… it will be extremely difficult in the near term.”

Asked if another candidate could win the seat, Fogarty said: “With extreme difficulty… it really would want to be an outstanding candidate.”

Asked if the party had such a candidate, he replied: “Not that I know of.”

“I wouldn’t know where to turn,” he said.

“I have to be honest, it’s going to be extremely difficult.”

He said he “would personally support Georgina because I know she’s a great talent” but asked whether he believed she could win, he replied: “To be honest, no I don’t.”

But while senior insiders believe other hopefuls should nominate for Mayo, there is a broad feeling that Downer is a strong candidate undone by her family ties and “a poorly run campaign”.

The party is already revising its strategy for the general poll when, insiders say, “Sharkie will have to answer the question – if she holds the balance of power, who does she make Prime Minister?”

“[We should be saying], if you can’t tell us what you’ll do with your vote, why do you deserve our vote?” said one source.

Downer told InDaily today she was “not aware of anyone [else nominating] at this stage”, but said she would “welcome” a challenger.

“It’s a democratic process – if anyone wants to put their hands up, that’s great,” she said.

Labor sources said the ALP’s Mayo by-election candidate, Reg Coutts, would likely win preselection again if he put his hand up. Coutts told InDaily he was “considering it… but I haven’t decided as yet”.

“It’s likely I will [but] there’s a lot of issues about time commitment,” he said.

Alice Dawkins, herself the daughter of Labor royalty in former federal Treasurer John Dawkins, has ruled out another tilt at this stage after missing out on preselection for the by-election.

She will move to China this month to study under a year-long Schwarzman Scholarship.