The long-awaited declaration of the Legislative Council result today saw Labor’s Clare Scriven and Greens MLC Tammy Franks sneak into the final two seats of the 11 up for grabs at last month’s poll, giving the Liberals and ALP four members each and SA Best two.

The result means an end to the parliamentary representation of the Dignity Party, with Kelly Vincent falling short, and Australian Conservatives, with one-time Liberal Robert Brokenshire failing to meet a quota. 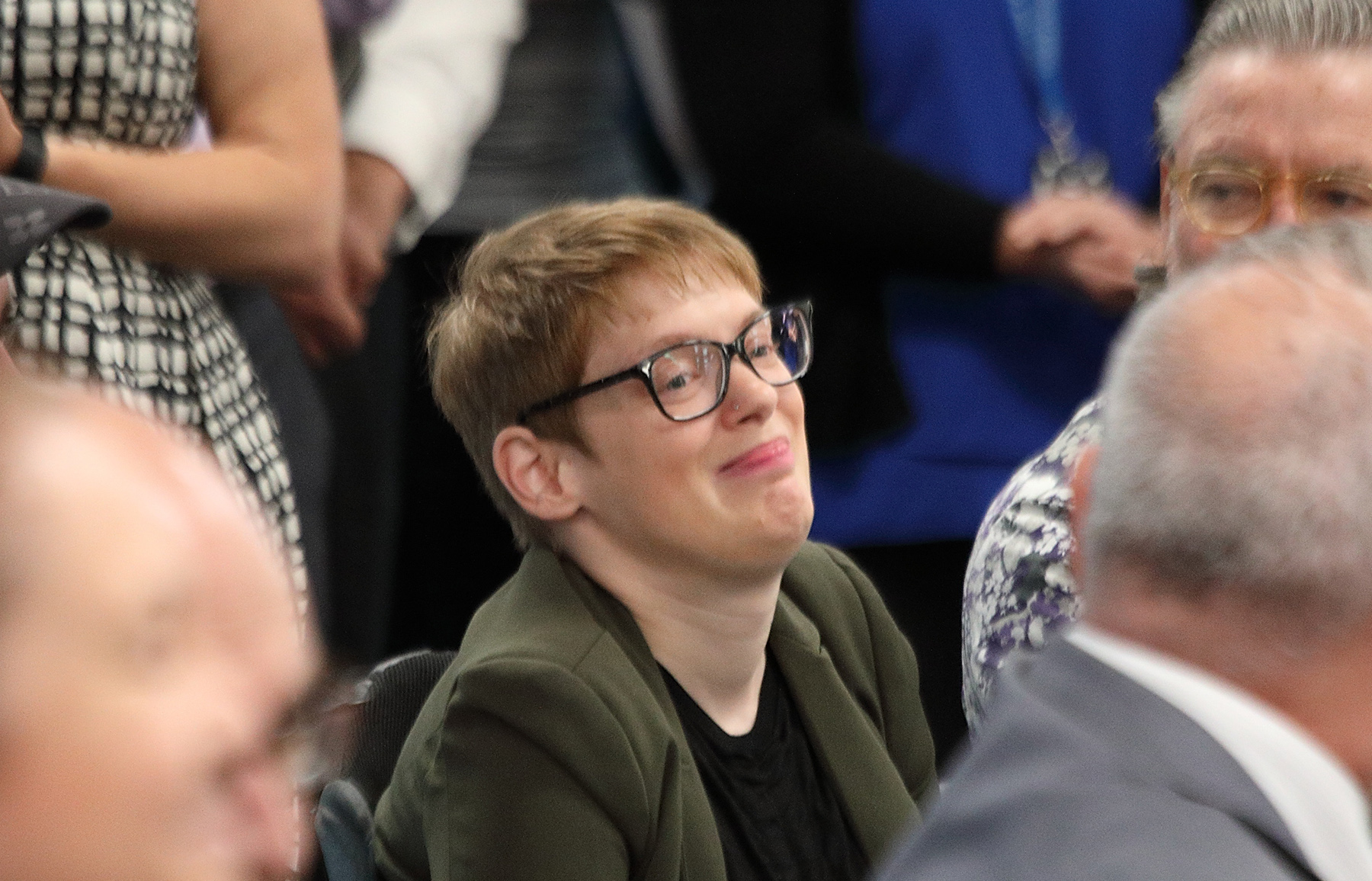 Given the Liberals lose one vote from the floor of the house to the president’s chair, either major party would need three crossbench votes to carry the day in a finely balanced Legislative Council – with the most likely scenario on paper being a centre coalition between Darley and SA Best.

But any prospect of a unity ticket seems light years away today, with Darley heaping scorn on his former party, which he quit last year before forming his own outfit, Advance SA.

“No, and I don’t intend to either,” he said when asked by InDaily whether he intended to make entreaties to his former colleagues. 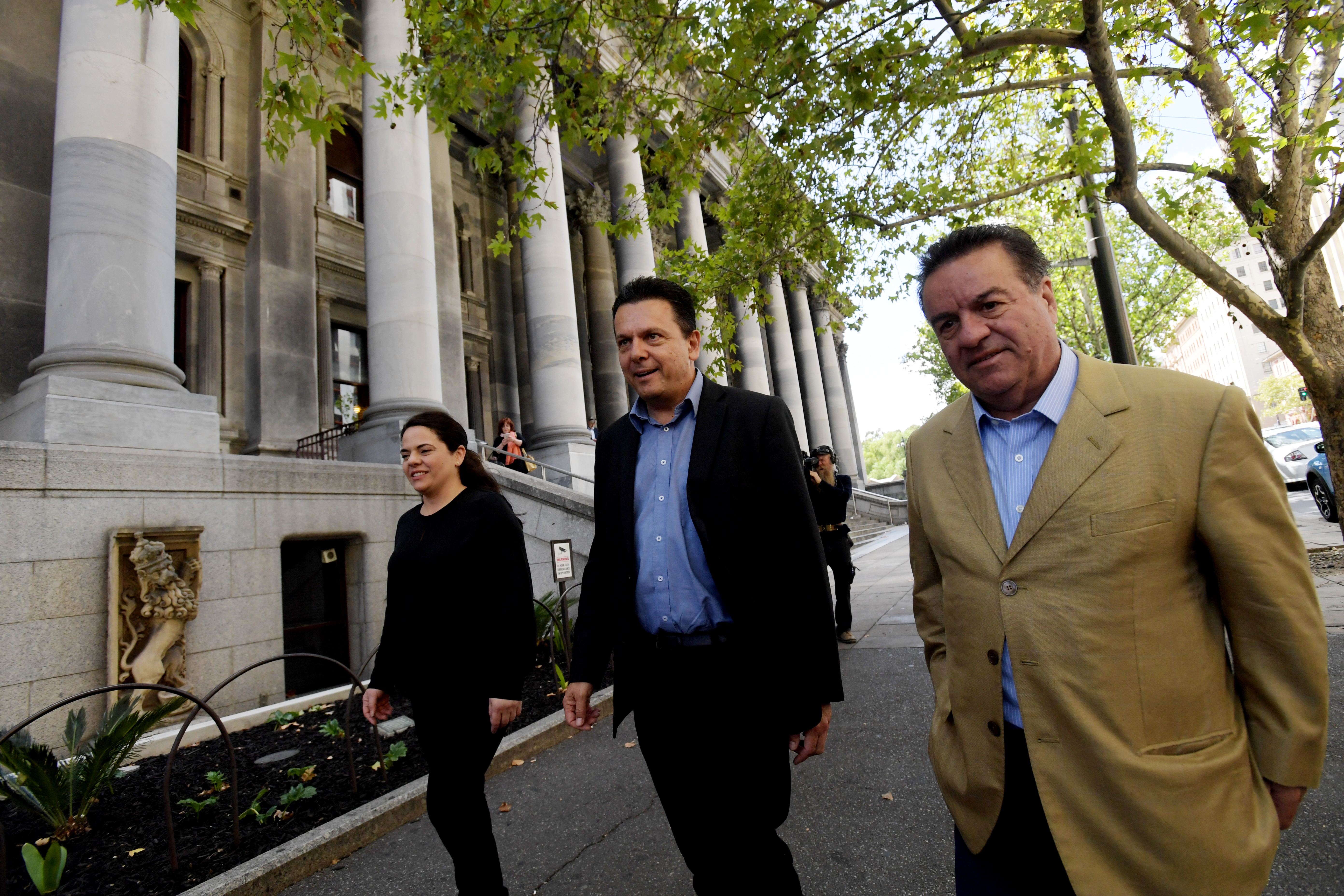 Darley said there was “still unfinished business there” between himself and SA Best, after he accused Xenophon of running a dictatorship and fell out with Bonaros over a disputed $13,000 loan.

Bonaros has previously confirmed owing Darley the money but argued she first wants to settle an ongoing “employment complaint” against her former boss and his current staff member Jenny Low, who was previously Xenophon’s partner.

She has since paid $13,000 into her lawyer’s trust account, but says Darley has failed to provide banking details to accept the payment. He says he is not prepared to finalise the loan standoff “until we know [the details] of what this complaint’s about”.

Darley today suggested he had a collaborative relationship was a long way off, telling InDaily: “As far as I’m concerned, I’m not interested in Nick at all.”

But he expected the party would split in any case – an outcome he said would be in the state’s best interest.

He noted Pangallo’s recent public comments about shop trading hours and penalty rates, which he argued suggested he could be open to change his position from that the party took to the election.

He said Bonaros, a longtime Xenophon advisor, “will be directed by Nick” but “I think Frank will probably have a mind of his own”.

He said Xenophon’s party “flip-flops all over the place” on policy.

“That’s the calibre of that party, and that’s one of the reasons I left – they’re all ‘yes’ people there and whatever Nick said went,” he said.

“Unless they change, there’ll be the same issues. You can’t work in an environment like that… well, I can’t, put it that way.”

The outburst prompted a stinging response from Pangallo, who told InDaily: “Maybe I should pull out the old Bob Hawke line, ‘silly old bugger’?”

“Everyone has some purpose in life – if only to serve as a horrible example,” he added.

“What word could I find to describe a party that went to the election with a couple of candidates, one policy and I gather in almost every polling booth they didn’t even have How To Vote cards – that’s how seriously we can take Advance SA, or whatever they call themselves.”

@FrankPangallo Advance SA didn't have the benefit of ripping off over $500k from their candidates to fund election material but we know how to google. If you had done so yourself, our website shows our many policies. 1/2

Pangallo hardly suggested an olive branch could be forthcoming, declaring that if there was any need for communication with Darley, “I’ll be asking him to do it in writing”.

“I think John should start looking at the next four years and what he can contribute to the parliament,” he said.

SA Best’s federal equivalent recently rebranded itself as the Centre Alliance, giving its elected members free rein “to vote on [certain] matters as they see fit for their constituent base and advocate strongly for their respective states”.

But Pangallo and Bonaros were both adamant today they would be voting as a bloc in the state parliament.

“We’re going to come to a unified position… we’re as unified as you could ever imagine.

“Despite what John Darley tried to do and his attempt to destroy Nick’s credibility, we’re as strong as ever.”

He insisted he was “not moving away from” the party position on issues like shop trading, “I’m just being more open to hearing both sides of it”.

Bonaros told InDaily she was “going to work constructively with the entire crossbench and put personal differences aside”.

If John wants to continue pursuing gutter politics, best of luck to him

“We’re not there to promote our personal agendas or differences – we’re there to get the job done,” she said.

But, she added: “That doesn’t mean it has to go beyond that.”

“If John wants to continue pursuing gutter politics, best of luck to him,” she said.

“It’s a reflection on him, and not on me or Frank or SA Best.”

She insisted she and former journalist Pangallo were “a bloc”.

“We’ll reach a consensus on issues,” she said.

But it seems if SA Best and Darley vote the same way, it will be by happenstance rather than design.

“Personal differences have to be put to the side when it comes to making decisions which impact the lives of South Australians,” she said.

“We can’t let personal differences get in the way of that.”

Xenophon would not comment today, but Pangallo said he was “still a voting member of the party” and was “going to play a part”. 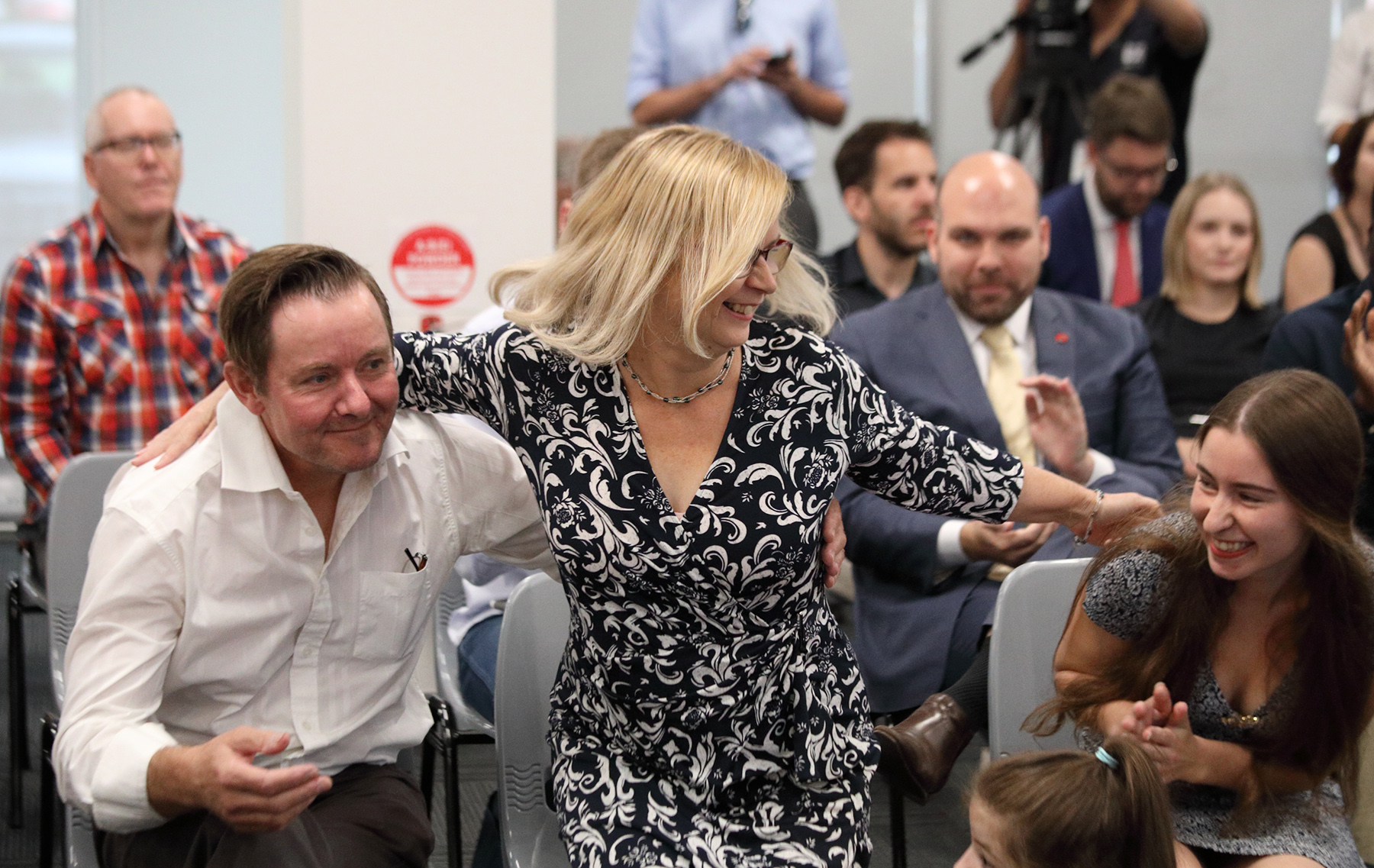 The big winner out of today’s Upper House declaration was Labor’s Clare Scriven, who had been promoted to Peter Malinauskas’s frontbench, but was no guarantee to win her seat from the tenuous fourth spot on the ALP ticket.

“It would have been good if the wait wasn’t quite so long, but I’m absolutely elated with the outcome,” she said today.