The Right-faction convenor this morning left birthday celebrations for his three-year-old daughter Sophie to be rubber-stamped by the ALP caucus, with Left-wing powerbroker Susan Close as his deputy, as the former government rang the changes on its frontbench in preparation for a stint in the wilderness.

He was joined by cleanskins Nat Cook, Lee Odenwalder, Eddie Hughes, Jayne Stinson and Clare Scriven, despite the latter still nervously waiting to find out if she’ll win her Upper House seat as counting continues.

The changes give Labor’s Right faction a strong majority in the 14-strong shadow cabinet, but the new leader insisted this would not necessarily presage a strong shift from the progressive left agenda broadly pursued under Weatherill’s leadership.

“Within our caucus is an incredible sense of unity about our common sense of purpose… and I expect it will continue throughout Opposition.”

The former Health Minister becomes just the third Labor leader in SA since Mike Rann took over a quarter of a century ago and he says he will take some time to consult with the community about the party’s future direction.

“The position of Opposition Leader is a very big challenge, particularly following 16 consecutive years in government,” he said.

“The truth is, we just lost an election – which means there have to be lessons to be learned… I’m not talking about parliamentary tactics or election strategies, but understanding what South Australians want and expect of their State Government.

“I’m going to spend a lot of time listening – listening to what people actually want, not telling them what’s good for them and what policies can and can’t be done.”

He said a stint in Opposition presented a “great opportunity for our party to reconnect… and listen and learn”, a process he said would be “fundamental before we can start planning a return to government”.

Nonetheless, Malinauskas – who takes the leadership reins before ever setting foot in the House of Assembly as an elected MP after first entering parliament via an Upper House vacancy – said he believed the party could make a swift return to power.

“I do,” he agreed. “I got that sense more this morning… seeing the talent that’s in there.”

He said he would not lead a “destructive” Opposition, adding: “I will not be like Steven Marshall and the Liberals when they were in Opposition, and oppose everything for opposition’s sake.”

“We’ll work with them constructively, but if they have a policy that hurts people or is inconsistent with our values – they can expect one hell of a fight,” he said.

Of those values, Malinauskas said that “Labor must always commit itself to ensuring that in an increasingly prosperous society, everybody benefits”.

“Making sure we have an economy that doesn’t leave people behind – that’s out mission… and that must be our core business in government.”

He committed himself to being “not just opposition leader but the alternative premier of the state”.

But he was coy about whether everyone in his new Opposition team was his first choice, saying the line-up was determined by a caucus vote – despite the new entrants conforming exactly to those reported by InDaily on Friday.

It’s understood Right-winger Dana Wortley was one who was offered a frontbench role and turned it down.

Asked to comment, Wortley told InDaily: “We’ve just had a very intense election campaign, and mine’s a marginal seat… at this stage I want to focus on my electorate.” 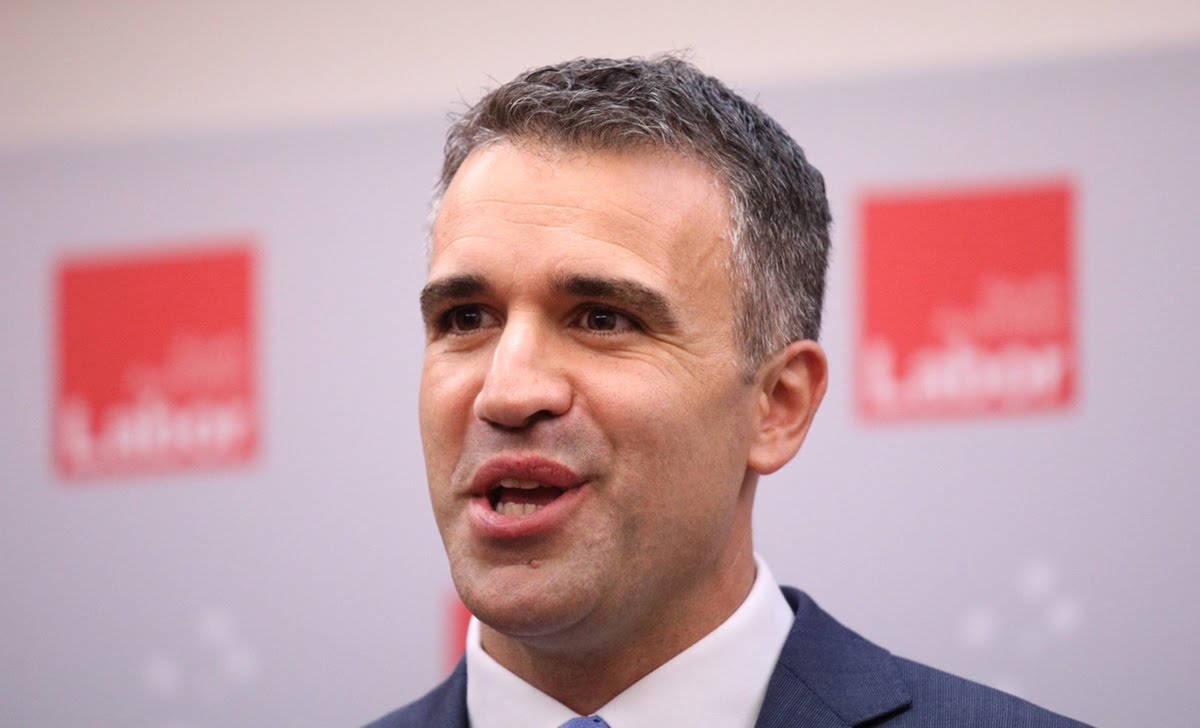 With the former leadership duo of Weatherill and Rau moving to the backbench, Malinauskas said he expected both to see out their full four-year term.

“I’ve heard both say they intend to serve the full term, and I hope they do,” he said.

He said former Treasurer Tom Koutsantonis, who will become the leader of Opposition Business in the new parliament, “will undoubtedly play a senior role” in the shadow cabinet, and defended his own three weeks of public silence since election day.

“We don’t change leaders in the Labor Party very often,” he said.

“It’s a significant event – we want to get it right.”

He said Labor would announce a new suite of policies “in the lead-up to the next election” but “we’re not going to be hasty about that”.

Close, whose Left faction has had its wings clipped in the post-election shake-up, said there was “a real buzz in our caucus” this morning.

“We’re ready for the next four years,” she said.

“We’ll hold the Government to account [as we] present ourselves as a credible alternative.”

The Premier said he had “already spoken to the Leader of the Opposition and offered him my congratulations”.

Marshall said he had not offered Malinauskas any advice, but insisted “now is the time [for him] to get on board with important reform legislation like what we’ll be putting to parliament when it resumes in May”.

“We look forward to Peter Malinauskas and the Labor Party supporting the Government’s strong agenda for economic reform here in SA, and that will start with the deregulation of shop trading hours.”

Malinauskas was previously head of the shoppies’ union that is taking a lead in opposing shop trading reform.