Hood and Brokenshire joined the Conservatives when their Family First party merged with the new outfit founded by renegade Liberal senator Bernardi.

But Brokenshire told InDaily today that it was he who first raised the prospect of Hood joining the Liberals – the party he himself quit to join Family First before his return to parliament in 2008.

He said he first raised the option during a “general discussion” after the election.

“I said to him his long-term options would be quite strong with the Liberal Party,” he said.

Asked if this was the first time the idea had been canvassed, Brokenshire said: “That’s my understanding, yes.”

“I’m open about that – I had discussions with him… he’s a friend, and a man with a lot of capability. I could see benefit there for him moving across.

“That was on the basis that I’m not going to be there.”

Hood is halfway through an eight-year Legislative Council term, but Brokenshire was seeking a new mandate at this month’s state election and, with 90 per cent of the Upper House vote counted, he sits well off a quota on 3.5 per cent.

However, he is still an outside chance to retain his seat – he currently sits marginally behind Labor on current counting – and says if he does he will remain an Australian Conservative.

“It’s a remote chance but there’s a still a possibility I might just hang in there… I’m not holding my breath, but I’m still quietly hoping,” he said.

“But I’d obviously do whatever I could to help the Liberal Government.” 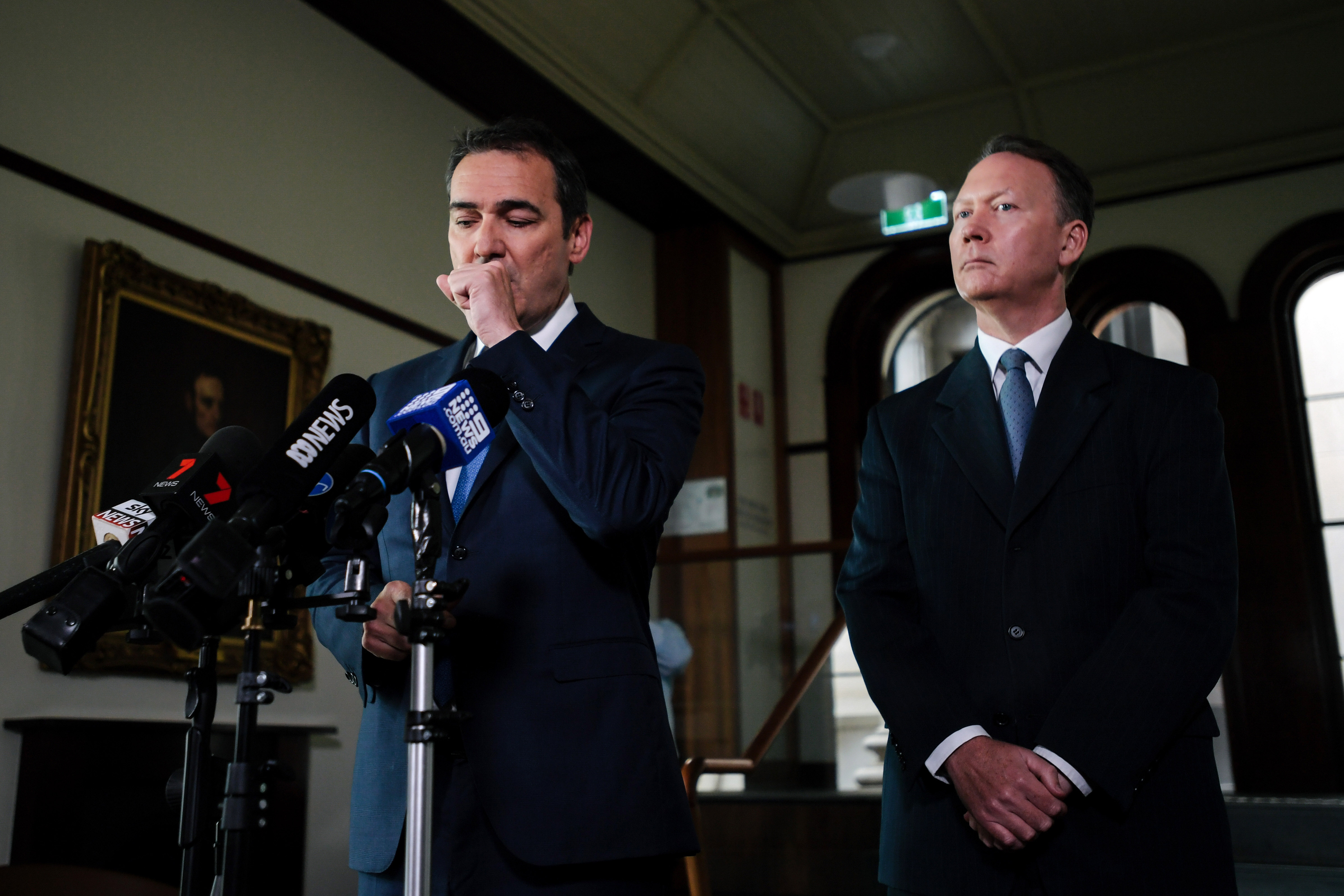 “The mandate’s been understated because of the complexity of the election… I’d stay with the Conservatives but I’d be very supportive and working with the new Government,” he said.

Asked if that meant he would be a de facto Liberal MP, Brokenshire said: “It’s pretty clear that the Conservatives sit alongside the Liberal Party – we’re not the Greens!”

Marshall told media he first heard of Hood’s potential defection when “there was an approach to me by an intermediary”.

“That person then set up a meeting with Mr Hood and [long-serving Liberal MLC Rob] Lucas.”

Brokenshire said today he made the suggestion to Hood “after the election”.

“I discussed options that he had for his personal career, because he’s got a lot to offer… I worked with him for 10 years very closely,” he said.

“I said there’s some benefits for him and the values we stood for if he was to consider going into the Liberal Party… I’m not denying I had a talk about that.

Brokenshire, who was a minister in the last Liberal Government and a frontbencher when he lost his seat of Mawson in 2006, said: “I’ve been there – I know how the big parties work.”

“I’m sure [Hood’s] made the right decision… I support that decision.

Hood said yesterday he and Bernardi had “discussed for some time that really the Conservatives’ agenda is principally a federal agenda” with a focus on “issues which had less relevance at state level”.

“I’m not even clear the Conservatives will contest the next state election, or elsewhere for that matter,” he said.

Asked if the merger with Family First negatively impacted the party’s performance at the election, he conceded: “With the benefits of hindsight, perhaps that’s right.”