Running too many candidates, a needless focus on policy development and a widely-panned all-singing, all-dancing Bollywood-themed campaign commercial that made one prominent candidate feel “sombre” have also been cited as significant failures.

But candidates have also widely blamed a well-resourced scare campaign by the Australian Hotels’ Association – with unsuccessful Port Adelaide candidate Gary Johanson suggesting laws should be brought in to muzzle such privately-funded attacks in future elections.

In addition, well-orchestrated attack ads by both major parties and a lack of grassroots support were cited as contributing to the lacklustre finale to a campaign that promised much but could not ultimately deliver.

Johanson, who returns to work on Monday as Port Adelaide Enfield mayor, told InDaily the AHA campaign against SA Best was “a major turning point”.

“You can see they certainly got their way and you’d have to consider in future whether there’s legislation brought in to stop things like that happening,” he said.

After SA Best garnered 32 per cent primary support in a December Newspoll, Johanson said he “thought we had the edge this time [but] a number of things went against us”.

“The major turning point was when Nick took on so many candidates at the last minute – that probably confused the population a bit, because they went from being the people who keep the bastards honest to being another one of the bastards,” he said, in a reference to the slogan popularised by the Australian Democrats under founder Don Chipp. 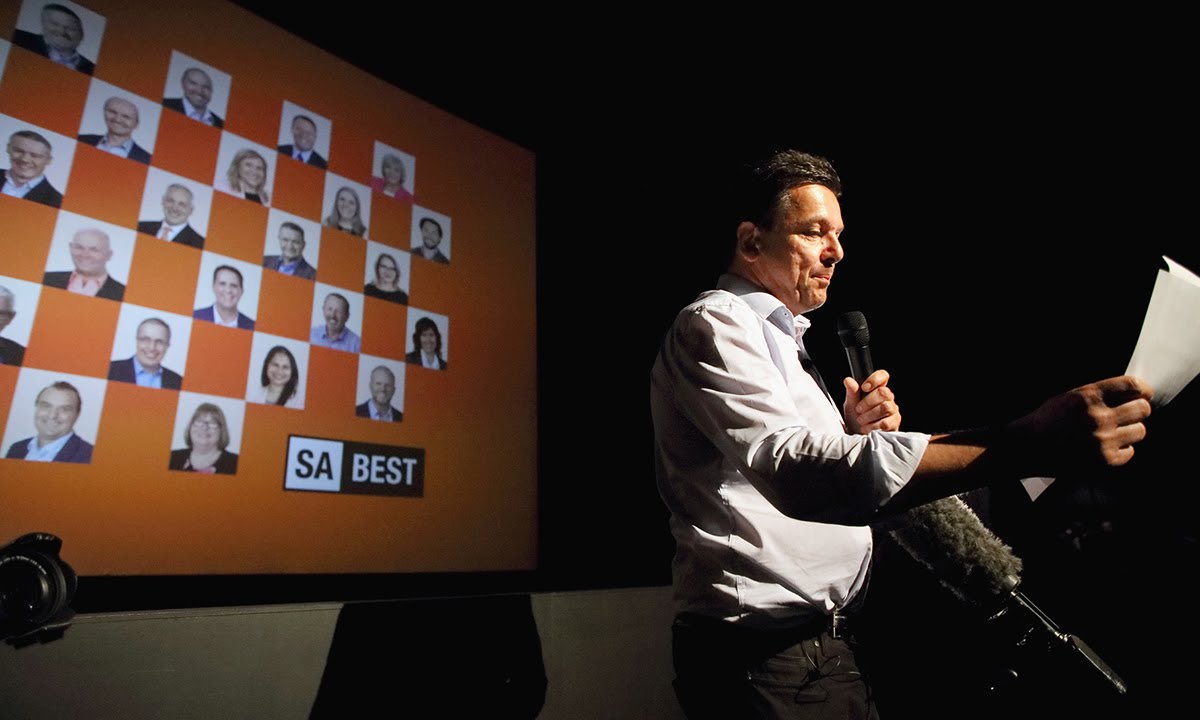 Johanson said accusations by both major parties of power-sharing deals ensured that “Nick was under a lot of pressure”.

“He’s a very kind man, very generous with his time and he tried to look after 36 people – and that was too much,” Johanson said.

“One person shouldn’t spread themselves that far.”

Johanson has previously publicly suggested the party should have eschewed the policy focus it took on through the campaign, which saw it forced to defend gaffes such as a $2.3 billion anomaly in its health statement.

“People were putting pressure on us for policies… in my time I’ve never seen a party asked for policies like we were, and particularly individual candidates. The Libs didn’t have any of their candidates being asked ‘what’s your policy on this or that?’

“I briefly mentioned to Nick, ‘we’re only there to keep the bastards honest – why would we have policies?’

“All of a sudden people expected us to have policies for flies crawling up the wall and everything… I found that quite amazing.”

Johanson believes the start-up party “realistically couldn’t draft policies that would make a strong basis for such a party in such a short time”.

“We should have said ‘we’re there to keep them honest’… I’m sure Nick never saw that coming. Not having had a party with large numbers before, he never would have been asked that.” 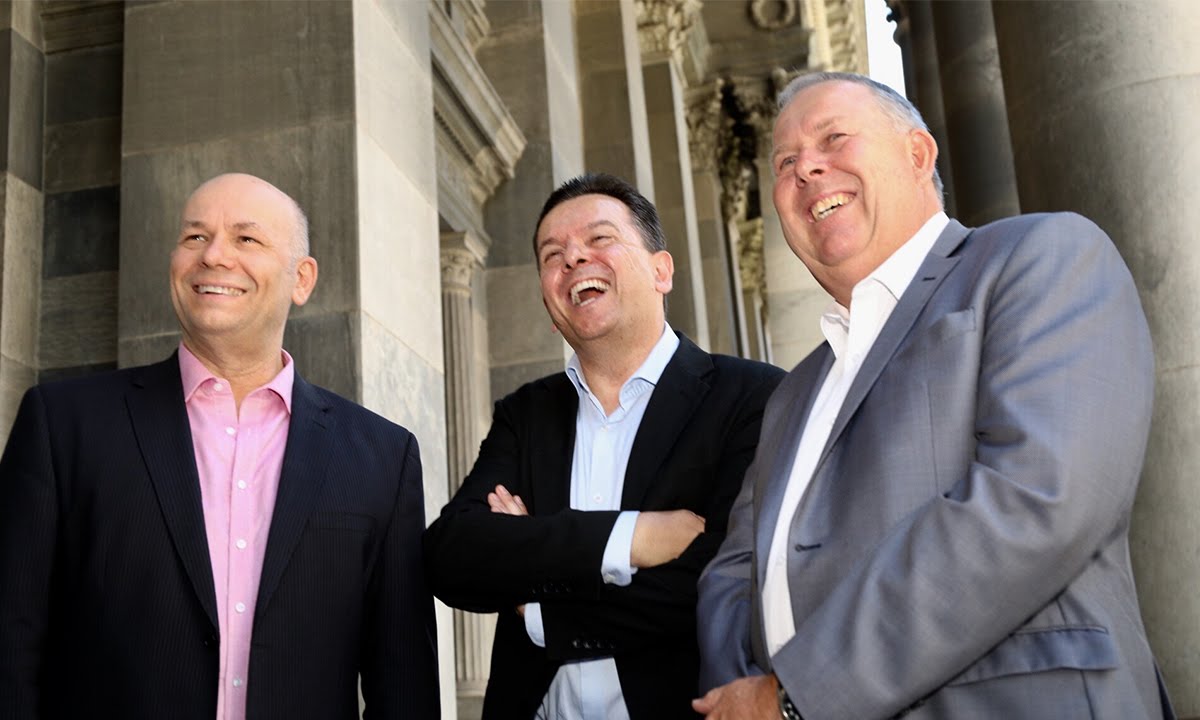 Hanna was one of just three SA Best candidates – including Xenophon himself – with prior parliamentary experience, while Johanson had twice stood as an independent, snaring 47 per cent of the two-candidate vote in the 2012 Port Adelaide by-election.

However, neither man appeared in the now-infamous campaign ad which saw various candidates bopping about to a jingle Xenophon himself described as “cheesy”.

“There’s no real reason I wasn’t in it,” Johanson said.

“I’m the world’s worst singer and I’m not particularly attractive… I have a very good face for radio.”

He said the commercial was a “very good retail-type ad”.

“If I had an ad like that for my paint business the carpark would be full for days,” he said, but added it would have only worked for “a few days” and should have been dropped for a more weighty pitch thereafter.

“It generated a lot of controversy, excitement or otherwise [but] then you probably need to come in with a serious follow-up… but the timing was against all of us,” he said.

“It’s easy to be a genius in hindsight… I don’t think that necessarily broke the campaign.”

Asked his own view of the ad, Hanna said: “I took a sombre approach to it.”

“It just comes back to the strategic problem… the public didn’t accept [SA Best] was a genuine third-party force [but] there were a whole host of individual factors and circumstances that led to that.”

Hanna said that “a decision had to be made by Nick Xenophon about whether to continue in the role as a critic of government from the outside, or whether to build up and present a credible third-party alternative in SA”.

“When voters were asked in polls last year ‘What do you think of Nick Xenophon?’, they were thinking of the first alternative… many, many people love the work he’s done as a critic of governments and someone who’s come up with creative solutions in the Senate.

“For all these reasons people were supportive of Nick Xenophon, the critic of government [but] when it came to the election campaign proper, for whatever reason SA Best was not accepted by the people as a genuine third-party alternative.”

Hanna says that with a statewide vote around 14 per cent vote, there were “clearly loads of people who still believed there was a role for Nick Xenophon and a role for the critic of the government, whoever the government might be and whatever the issue might be”.

But “when it came to the crunch of the campaign,” he argues, “the people didn’t come to see the Xenophon party as a genuine third-party force”.

“They resorted to the traditional two-party voting pattern, and because there were enough people unhappy with Labor the Libs were the beneficiary.”

Labor, in particular, continued to hammer Xenophon in campaign advertising right up until the final-week blackout, suggesting ALP polling still showed SA Best loomed as a threat in heartland seats.

“If one leaves aside the [electoral boundaries] redistribution, the Libs wouldn’t have won,” he said.

“There would have been a hung parliament – or a shared power parliament, as I call it [so] I think it really was a case, as it often is in our preferential system, of the least bad option.

“But having said that, I hope that Marshall and his team make a go of it – I really do. It won’t be easy for them.

“I certainly don’t accept that there’s an overwhelming mandate for all the Liberal policies and promises… I hope to see a lot more innovation and I hope ordinary people are taken care of as well as big business.”

Hanna says he has “no regrets” about throwing his hat in the ring again.

“There was an opportunity to make a difference in SA politics… it didn’t work out [but] I’m at peace with the result, because it was a sincere effort.

“The essential strategic problem was SA Best was not accepted as a sincere third-party force.”

Xenophon is not making further public comment on the election result as he works through likely terse de-briefings with his 35 running mates.

But he told InDaily this week he had “enormous respect for Kris Hanna and his opinion”.

“The parliament’s missed out on an experienced and very capable MP,” he said.

It was very, very hard to recover from the anti-Nick campaign

Johanson believes that with Connie Bonaros and Frank Pangallo in the Upper House, there is a “chance the party can continue to the next state election”.

“I think that will keep the party alive,” he said.

But he warned SA Best “needs to build a stronger base of supporters and volunteers” and “engage with the community more to find out more about their needs and desires, so the party can become a viable third force”. 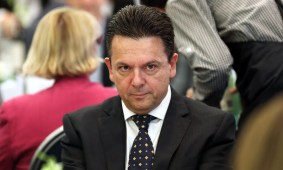 Richardson: Messiah or Very Naughty Boy? How to save Nick’s campaign

But he said the campaign was nonetheless “a great opportunity for so many people to have a shot at getting elected”.

“I’m a great believer in democracy,” he said.

Colton hopeful Jassmine Wood, a former federal Liberal candidate, agreed it was “very, very hard to recover from the extraordinarily large amount of cash spent on an anti-Nick campaign by the AHA”.

“Obviously that got us in the end,” she said.

“There was a momentum for change in the air… I would say the boundary redistributions did their job.”

Wood says the party can hold its head up with its statewide primary vote, “but because the expectations were so high on us it looks like a disappointing result”.

She said both major parties were forced to campaign hard in seats they had traditionally ignored.

“We made them work hard for what they achieved in the end,” she said.