InDaily can reveal the SA Liberals have bought a licence to use a direct campaigning tool produced by US data mining company i360, which was founded by a former adviser to John McCain’s failed presidential campaign. Billionaire moguls Charles and David Koch, who have backed Republican campaigns at every level of government in the US and poured millions into funding climate change denier groups and campaigns, are major investors.

The software has also been adopted by the Victorian branch of the Liberal Party, but it’s understood SA has been using it in earnest since the middle of last year – the first time it was used outside the US – and next month’s state election will be the first time the technology will be truly tested in the field.

One insider described the software, for which it’s understood the party pays a monthly service fee of around $20,000, as “like going from the dark ages to a new dimension in terms of sophistication, compared to the Liberal Party in the past”.

“It’s been transformative,” said another.

“We’re using it to drastically overhaul and enhance our ground game capacity.”

It’s understood the party’s state director Sascha Meldrum and Steven Marshall’s chief of staff James Stevens have visited the US a number of times in the past two years to be briefed about the software’s application and negotiate its use.

It will be combined with the recent adoption of the NationBuilder platform as an electioneering database – a program also used by the Labor Party – as the state Liberals seek to avoid the mistakes of the 2014 election, in which they won 53 per cent of the statewide vote but failed to snare enough seats to govern.

“Everyone knows the criticism of the Liberal Party campaign – that it was all about the macro [level] and not converting that into key marginals,” a source told InDaily.

The adoption of i360 is predicated on “having a ground game that’s world’s best practice”. 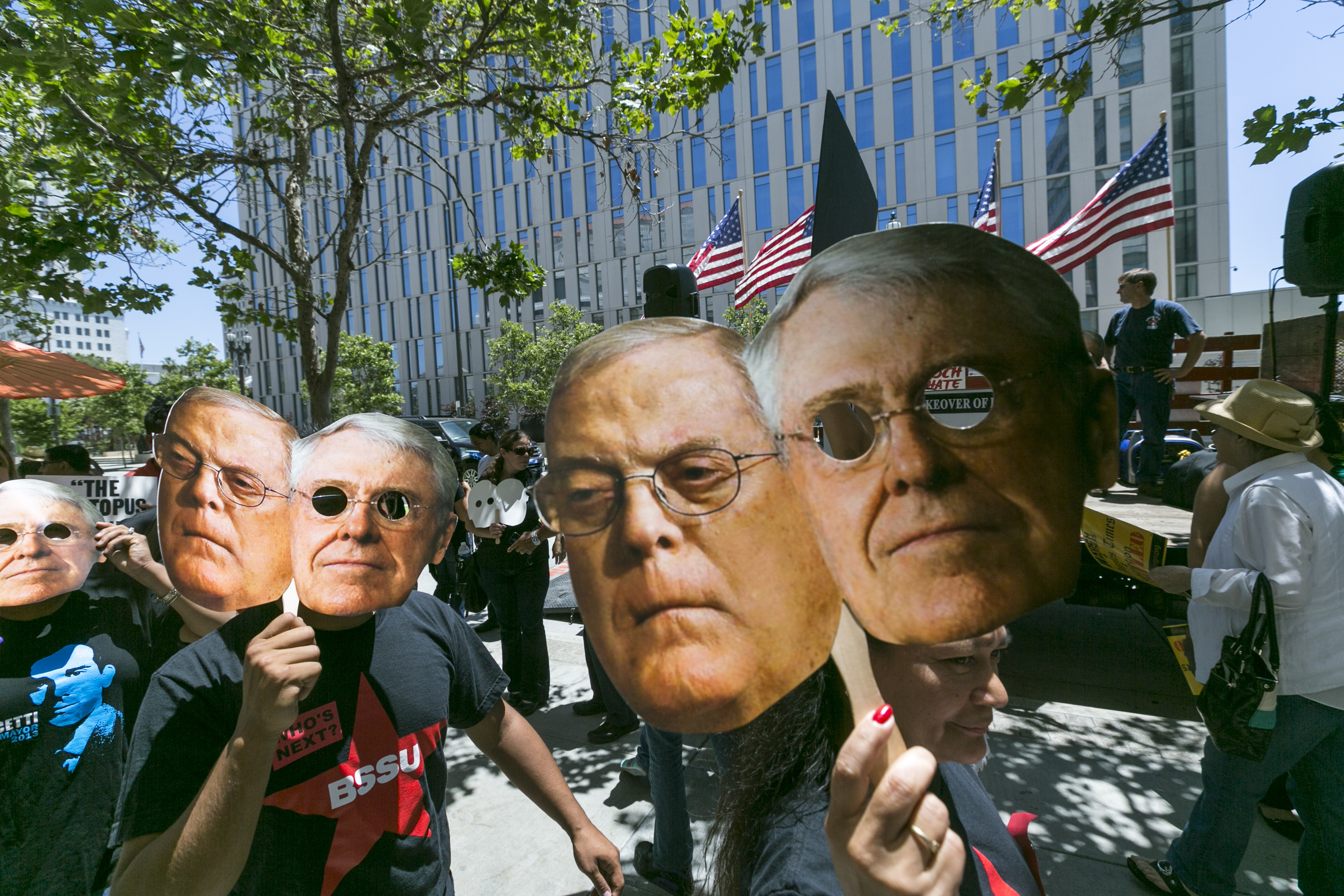 US protestors campaigning against the Koch Brothers planned takeover of The Los Angeles Times newspaper in 2013. Photo: Damian Dovarganes / AP

“The next campaign will not just be incrementally different, but a step change,” he said.

“People are very cynical about billboard slogans – what they want to see is what’s going to be important to them.

“I think that’s the old paradigm,” he added.

“This concept of a statewide two-party-preferred vote informing strategy… those days are gone… we made this decision in March 2014… to do that ground work, hearing what these [individual] aspirations are and addressing those issues one by one.”

According to an insider, the platform collects and mines data from a range of sources, including social media, and is used for door-knocking and phone canvassing, “all that sort of stuff”.

“It runs off a cloud platform, you download an app onto your phone… with its modelling capacity we can target [swinging voters] even within a particular electorate.”

Based on booth returns at the last election, the party can now identify target hotspots – but also tailor a message for individuals “based on various data points like polling”.

It creates a tailored message based on information such as age, gender and where someone lives.

“It’s a dynamic platform – if you’re talking to an older male, the script might be focussed on cost of living or capping council rates… if it’s a 35-year-old woman it might be early childhood education.”

i360 was devised for the US market, where it is largely targeted at people who may vote Republican but are unlikely to cast a vote without incentive. With compulsory voting in Australia, its use is being adapted.

“We’re certainly using it to have a drastic enhancement of our capacity to run a ground game campaign and be much more efficient about it,” a source told InDaily.

“Our volunteers can make phone calls from home, and the script comes up on your screen using predictive technology.

The Liberals have traditionally used the Feedback program -operated by party-owned company Parakeelia – for its campaign database. i360 has been formulated to sync with Feedback – which, one MP said, was “a bit clunky at the back end” – in order to capture the party’s existing data.

Labor, in turn, has in recent years shifted from its old Electrac data system to its own cloud-based version, Campaign Central.

InDaily has been told there was a “strong push” for Liberal MPs and candidates to adopt i360 around the middle of 2017 – although in a party whose MPs were only recently being tutored in the basics of social media, some have struggled with the transition.

Another source said: “Naturally it’s a new technology… some have picked it up quicker than others.”

But insiders insist that “by and large it’s working as we hoped it would”.

“I think it does give us an advantage, because it gives us data information to make value judgements about the campaign and the messaging of the campaign… how we communicate the raft of policies as they’re revealed. You can address the issues that people have directly raised or are relevant to them.

“But it’s the first time this has been implemented in Australia… the real test will be as to the traction it gets between now and March 17.”

The i360 website offers users the chance to “Up your Grassroots game”, declaring: “Each of our technologies was built specifically to help you scale your grassroots program by arming your volunteers and activists with easy-to-use, reliable solutions enabling them to knock more doors and make more calls than ever before, and you to monitor their activity in real-time and make informed decisions on the fly.”

“i360’s comprehensive data is a unique combination of hard data points and predictive modelling… our dataset incorporates extensive political identification, coalition and membership information collected by way of in-person, phone and online surveys, as well as through partner relationships in addition to lifestyle and consumer data collected from multiple top-tier providers. Our data is further enhanced by our suite of predictive models, filling in gaps and helping us build the most complete profile for every individual possible.”