Regional strongholds Schubert in the north and Finniss in the south have been in Xenophon’s sights, but InDaily understands approaches to high-profile locals have been spurned.

It comes as Xenophon has again raised his sights, preparing to field candidates in as many as 35 lower house seats, with a failed Adelaide City Council candidate in the mix to face off for the state seat of Adelaide.

In Finniss, Xenophon has now turned to an NXT federal staffer and former federal candidate for Adelaide, with Joe Hill – who works in the office of Senator Stirling Griff – today announced for the Fleurieu seat.

Hill has previously worked as a governance and strategy manager at Alexandrina Council.

The coastal Liberal hub of Finniss is considered one of SA Best’s softest targets, but Xenophon has struggled to field a candidate there since Adams was cut adrift.

InDaily can reveal Xenophon recently approached retired Alexandrina mayor Kym McHugh to stand in Finniss, where the Liberals are fielding a cleanskin candidate, farmer David Basham, with the retirement of incumbent Michael Pengilly.

McHugh confirmed: “I guess I have been approached by the party previously, yeah… in reasonably recent times.”

McHugh, who ran for the Nationals in Finniss in 2006, said he had “always had a keen interest in politics, as frustrating as it is”.

“[But] I just weighed it all up and decided not to – too old, too tired, too happy being a farmer and grandfather,” he said.

Despite last week conceding he was struggling to field a candidate for Schubert, Xenophon today made a big play for the Barossa-based seat, held by rising star of the Liberal Right Stephan Knoll.

SA Best has recruited Paul Brown – who rose to public prominence speaking out about the aged-care scandal at Oakden, where his sister was a resident – who noted in a media release today: “It’s been a rusted-on Liberal seat for so long that nothing much has been done for them…with SA Best, that’s about to change.” 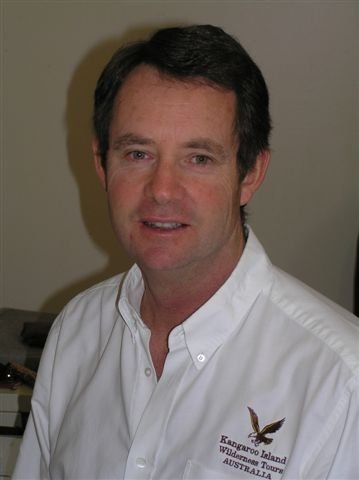 But InDaily can reveal Brown himself was a rusted-on Liberal for much of his life, having twice held membership of the party – and in between joining the Nationals to run as their Upper House candidate at the 2002 state election.

“I ran as a National candidate in ’02 because I was involved in agriculture at the time,” said the Kangaroo Island tourism operator.

“I wanted to highlight issues in rural and regional SA by running as a candidate, but some of the policies were really not a very good fit with my views and beliefs, which are much more central than that.

Brown concedes a tenuous link with the Schubert electorate, where he currently neither lives nor works, but insists he is seeking to move there and will buy a house if he wins the seat.

“I was actually born on the northern border of the electorate, but moved to Kangaroo Island when I was 12 [so] I have a vague connection with it,” he said.

“I’m looking for a place at the moment, so I’ll move up there as soon as I can.”

It’s understood Xenophon has struggled to field a local candidate in Schubert, which InDaily revealed last week was a vulnerable prospect for the Liberals on an analysis of the relevant booths at the last federal election in 2016.

InDaily understands Xenophon raised the prospect of Playford candidate Helen Szuty shifting to run in Schubert, where she lives.

But Brown conceded he’d only known he was running for Schubert for about “24 hours”.

“I’ve been in discussions with Nick and Connie [Bonaros, SA Best organiser and Upper House candidate]…I said to Nick I’ll do whatever’s best for SA Best – wherever I’m the best fit, that’s where I’ll go,” he said.

He acknowledged other seats were contemplated, saying: “Going through the process I looked at a number of options, but in the end Schubert was the best fit.”

Brown said the Oakden scandal was “the key issue driving me”, despite running against a Liberal incumbent, rather than a Labor one.

“Schubert is a really good fit for me, in terms of the electorate… it’s about tourism. So whilst Oakden is really important for me, it’s not the only issue.

“It’s about providing an option for people in the electorate of Schubert.”

Xenophon appeared to contradict Brown’s claim that he was handed Schubert as an assignment, saying Brown “asked to run in Schubert”.

“Paul’s been a part of the [SA Best] group for some time… he’s incredibly helpful, incredibly knowledgeable [and] he actually felt this was the best seat for him, given his background in tourism and agriculture,” he said.

Liberal incumbent Knoll said: “In a democracy anybody can nominate for wherever they feel like and it’s up to the electorate to decide, and nobody can take anything for granted.”

“I’m not complacent at all,” he said.

“I’ll fight for my community in the same way every other sitting member will fight for their community – I haven’t been taking it for granted at all.”

Brown is understood to have been linked to other seats including Finniss and Labor-held Torrens, but Xenophon insisted: “That’s not quite right.”

“A candidate like Paul could have fitted into a number of seats quite well, but after discussions the consensus was Schubert was the best fit for him given his background,” he said.

InDaily can also confirm two-time Adelaide City Council candidate Valdis Dunis, who recently led the charge for a Formula E Championship race to be based in the city, is ensconced in the Xenophon camp, and would be in the mix to contest the seat of Adelaide.

Xenophon would not comment and Dunis did not return calls today.