Atkinson, now parliamentary speaker, was one of six MPs set to retire at the March state election who made farewell speeches in the House of Assembly late yesterday, as the final sitting week of the four-year term winds to a close.

In a lengthy career retrospective, Atkinson – who has been at the centre of a political storm in recent days over an allegedly lewd tweet directed at two female MLCs – made a string of surprising revelations, including that a “shovel-nose shark” lobbied him for the removal of former DPP, the late Paul Rofe. He accused a former factional colleague of leaking to media and declared his one-time close friendship with Xenophon.

“Nick Xenophon was a great friend to me in the last four years in Opposition and the first years in Government,” he told parliament.

“I admired his legislative work in another place, thinking that he used the house of review as it should be used, but we have grown apart and I do not welcome his returning to the state to hold the balance of power in the House of Assembly while refusing to participate in a government.”

The Speaker revealed that “in about 2004, we went on a family holiday together to the Aldinga beachfront” when “I told him that I did not think he would make quota at the 2006 state election and would he be interested in joining the Rann cabinet and taking a spot on Labor’s ticket”.

In the event, Xenophon was re-elected in ’06 after garnering more than 20 per cent of the statewide upper house vote, before quitting a year later to run for the Senate.

“I said ‘no’,” Xenophon told InDaily today about Atkinson’s offer.

“He offered me a ministry and I wasn’t interested.”

Atkinson offered a mixed appraisal of the Government of which he was a key part, saying: “We came to office in 2002 desperate to show we could manage the finances, although we were not always fiscally virtuous with windfall tax gains.”

Among the then-Attorney’s biggest controversies was a series of standoffs with the office of the Director of Public Prosecutions, with Rofe resigning amid ill health after the Government directed him to appeal a suspended sentence handed to Paul Habib Nemer, who shot newspaper delivery man Geoffrey Williams through the eye.

Rofe had helped negotiate the original plea-bargain; Nemer was subsequently sentenced to more than four years’ jail, with then Solicitor-General Chris Kourakis, now Chief Justice, deeming the DPP’s handling of the case “inept” in his review.

But Atkinson yesterday was glowing in his assessment of Rofe’s tenure, arguing he had “led from the front as DPP” in an office operating on “the smell of an oily rag”.

He recalled the words of Rofe’s brother at his 2013 funeral, likening the former DPP to “the magnificent marlin lashed to the side of the boat making its way back to port in Ernest Hemingway’s The Old Man and the Sea”.

“Hemingway wrote of huge, shovel-nosed sharks tearing pieces of flesh from the carcass,” the eulogy went.

“Shovel-nosed sharks. How amazing! Had someone beamed a photo of Mike Rann to Ernest Hemingway?”

Atkinson told parliament that after Kourakis’s report, he met with Rofe and senior prosecutors Wendy Abraham and Pauline Barnett in his office.

“After Paul and his two supporting companions had left my room to consider Paul’s position, a shovel-nosed shark caught the lift back to my office without Paul to put the case for his removal and the installation of [his deputy] Wendy Abraham forthwith.”*

“No doubt she was a mourner and joined in the applause of Paul’s brother’s remarks,” he said.

“However, Paul’s brother was right: principal responsibility for forcing Paul out was the Rann government’s.”

Abraham, was subsequently appointed Acting DPP, but the government gave the permanent role to Stephen Pallaras, a decision Atkinson now says was a “bad” one.

“We were too keen to appoint someone from outside South Australia,” he said.

He also told parliament that one of “the best things about the Rann cabinet, until about 2008, was that there were no leaks”.

“We liked each other enough not to leak,” he said.

“And then the leaking started from the newly appointed Michael O’Brien, an old friend of mine from the mid-1980s.

“I do not know why he did it, but for him maybe it seemed sport… the leaking contributed to the atmosphere of crisis leading into the 2010 general election, as did Michelle ‘Chantel-wah’ [Michelle Chantelois, who accused the former Premier of an inappropriate relationship] as Christopher Pyne always pronounced it.” 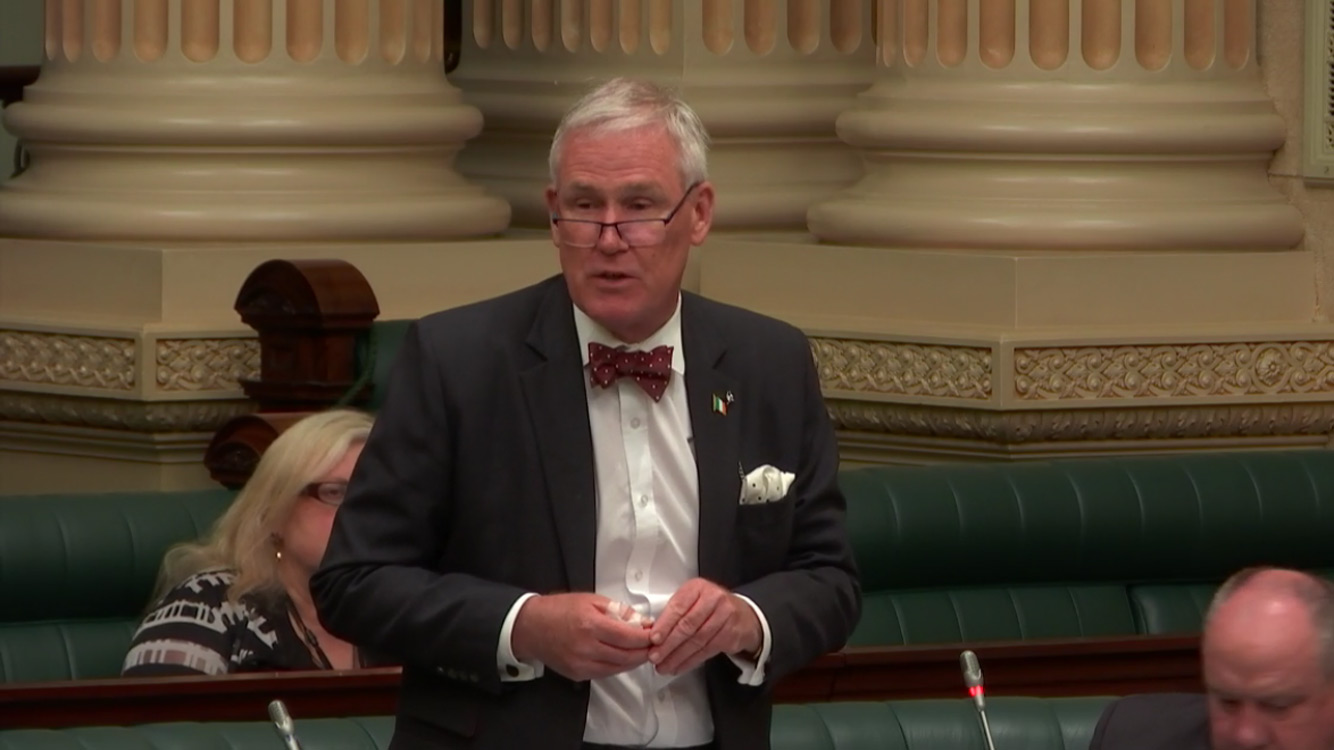 O’Brien, who now lives in Sydney where he studies French at Sydney University, told InDaily today he was annoyed that his former colleague would use parliamentary privilege to accuse him of leaking.

“I don’t know why the hell he would do that – it’s a silly thing to do really,” he said.

He explained the extent of his “leaking” was when a newspaper reporter “texted me in cabinet and asked me when cabinet was finishing because he wanted to catch up with someone”.

“I texted him and said ‘we haven’t finished yet, probably the next hour’, and just left it at that… the following week I got a similar text message and didn’t respond,” he said.

O’Brien said the text messages were later used as the basis for a story about a “cabinet in crisis”.

“No-one’s come to me and said ‘look…were you responsible’,” he said, but acknowledged he was aware that some of his former colleagues held that view.

“Kevin Foley was quite keen on raising it [but] no-one’s ever confronted me with a specific example… I don’t know what they’re talking about,” he said.

Atkinson lamented that in “modern politics—and I refer in particular to federal politics—the frontbenchers on both sides know that the electorate wants government benefits but does not want to pay the necessary tax, so they frame their policy accordingly and we end up with the highest debt in the country’s history”.

“I worry that both the federal Labor and federal Liberal parties have given up on a disciplined approach to budgeting, reviewing expenditure, making savings, justifying the savings to the electorate, making room for a combination of new expenditure and tax concessions,” he said.

“Now that the Corbynite approach of promising loads of free stuff is in fashion and the 24/7 news cycle makes politicians so reactive, it is time for me to go, as the Nick Xenophon Team, the Greens and One Nation break down responsible government.”

Atkinson’s partner, former education minister Jennifer Rankine, is joining him in retirement, and gave a tearful farewell, breaking down as she recalled the child protection scandal that culminated in the arrest of Families SA carer Shannon McCoole.

I am so terribly and deeply sorry

“Shannon McCoole is the epitome of evil, his actions sick and depraved—beautiful little children his victims, and families, further traumatised, also his victims,” she told parliament.

“I consider myself fairly robust, but this all but broke me… it was the children — children just like the little ones in my family I love so dearly. I lost count of the nights I sobbed myself to sleep about these kids.

“I again say to the families who lived this trauma and continue to try to support the children through the challenges I have no doubt they continue to face: I am so terribly and deeply sorry.”

Rankine also delivered a parting shot at Liberal leader Steven Marshall, whom she said she briefed on the arrest. 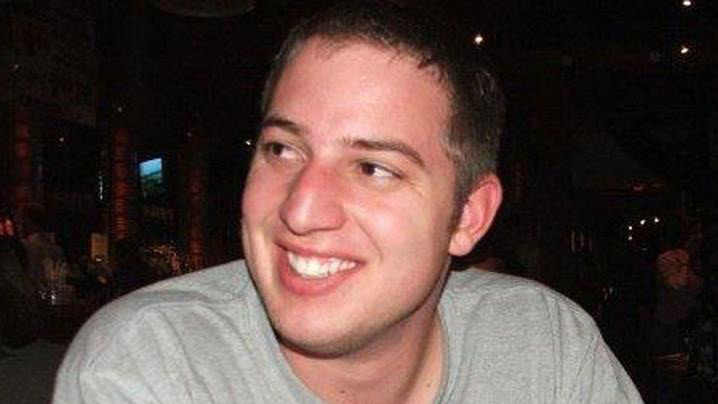 “A concern had been registered against McCoole during his employment but it was clear from our discussions that the senior police heading up this investigation did not want this information released publicly, as it was part of their investigation,” she told parliament.

“I briefed the Leader of the Opposition and the shadow minister. I told them there were still things I could not tell them.

“It was harrowing and the leader wept at the news. He hugged me and said it was so terrible [and that] the Opposition would not be using this politically. That lasted about a day before he was on the radio.

“He then came into this place and asked questions day after day that he knew I could not answer.

“My estimation of the calibre of the Leader of the Opposition was cemented as a result of his crocodile tears and subsequent actions.”

Marshall told InDaily “the circumstances surrounding the McCoole case were horrific and we never shared any of the contents of the confidential briefing publicly”.

“At the briefing, it was conveyed to me that the department and the minister had no warning or reason to suspect Mr McCoole was unsuitable for working with children. That was exposed as being incorrect.

“I asked important, responsible questions in the parliament to hold the government to account for their failures and would do so again if a similar situation arose… the Weatherill Labor Government’s mismanagement of child protection has been a shameful chapter in our state’s history.”

Also farewelling the parliament was former Liberal deputy leader Steven Griffiths, who gave a raw self-appraisal of his campaign gaffe, when amid questions about his budget costings he told the Australian Financial Review forecast Liberal savings for a rebuild of the Royal Adelaide Hospital on its existing site were “effectively spin”.

My life started to fall apart

“Upon reflection, I would say it differently, that is true, but the message I tried to espouse then would have been the same. I just would have said in a slightly different way,” Griffiths said yesterday.

“Others on that side seized upon that, and it was the lead story the next morning.

“My life started to fall apart, I have to tell you. It made it exceptionally difficult for the [Isobel Redmond] as the leader. I know that she was under extreme pressure. Isobel and I met very early the next morning, and I tried to explain what had occurred and what I had said. I think Isobel was suffering overload too… it was the busiest period of our lives.

“It did not happen the way I wanted it to.”

Griffiths, who is retiring after being demoted from shadow cabinet for the second time, spoke about the personal and family toll of political life. He reflected that “as a person who was used to a level of success and never failure… to have the psychological mind-change occur within a short amount of time was a real kick for me”.

“It made it exceptionally difficult for me. I am not proud to admit that, in the period after that, I became a person I did not like… Blessedly, though, eventually, I again became the person I had always been.”

*When this article was first published, it interpreted Atkinson’s anecdote about a “shovel nose shark” resembling Mike Rann, and pointed subsequent subaquatic reference, to mean that Rann personally lobbied him for Rofe’s removal. Atkinson says this was not the intent of his speech and was not the case.