The triumphalist tone is an odd gambit, given recent polls suggest Labor is tracking in third place on primary votes in the key seat of Hartley – and the fact a recent boundary redistribution would see the Liberals hold a seven-seat majority if they were to replicate the statewide result they achieved in 2014.

But that re-draw came before Nick Xenophon’s SA Best rose as a third-party force, and the Premier clearly believes the fledgling outfit’s gains will come at the Opposition’s expense.

But he then proceeded to speculate broadly about the likely election result, implicitly painting Xenophon’s self-proclaimed centrist party as a conservative splinter.

“On any view of it, we’ll be the largest single party after the next election,” Weatherill said.

“We have a united, formidable team; we’ll offer stable, certain government… and on the other side of politics, what you’ll see is a splintering of the conservative vote – you won’t know what you’ll end up with.”

He also refused to countenance talk of preference deals, saying “our interest is to make sure we get sufficient votes so that our preferences don’t count”.

“We want to maximise the Labor vote so our preferences are irrelevant… I’m frankly not fussed about them,” he said.

Weatherill stood by his remarks when InDaily sought to clarify if he meant that Labor would win more seats than the Liberal Party.

The notion drew an incredulous response from his political opponents, with an Opposition spokesman telling InDaily: “Mr Weatherill’s statement shows how delusional and arrogant he has become.”

“How can you say that? He doesn’t know how many Labor seats we’ll be running in… the appropriate time to talk about that is the day after the election,” he said.

“It’s a ridiculous proposition to be second-guessing what the electorate will say, 128 days out.”

Xenophon has said he intends to run candidates in between 12 and 20 seats. He told InDaily today he “aims” to field candidates in an equal number of Liberal and Labor seats, but that would depend on whether appropriate nominees come forward.

But, he insisted, “we’ll be running to win those seats”. 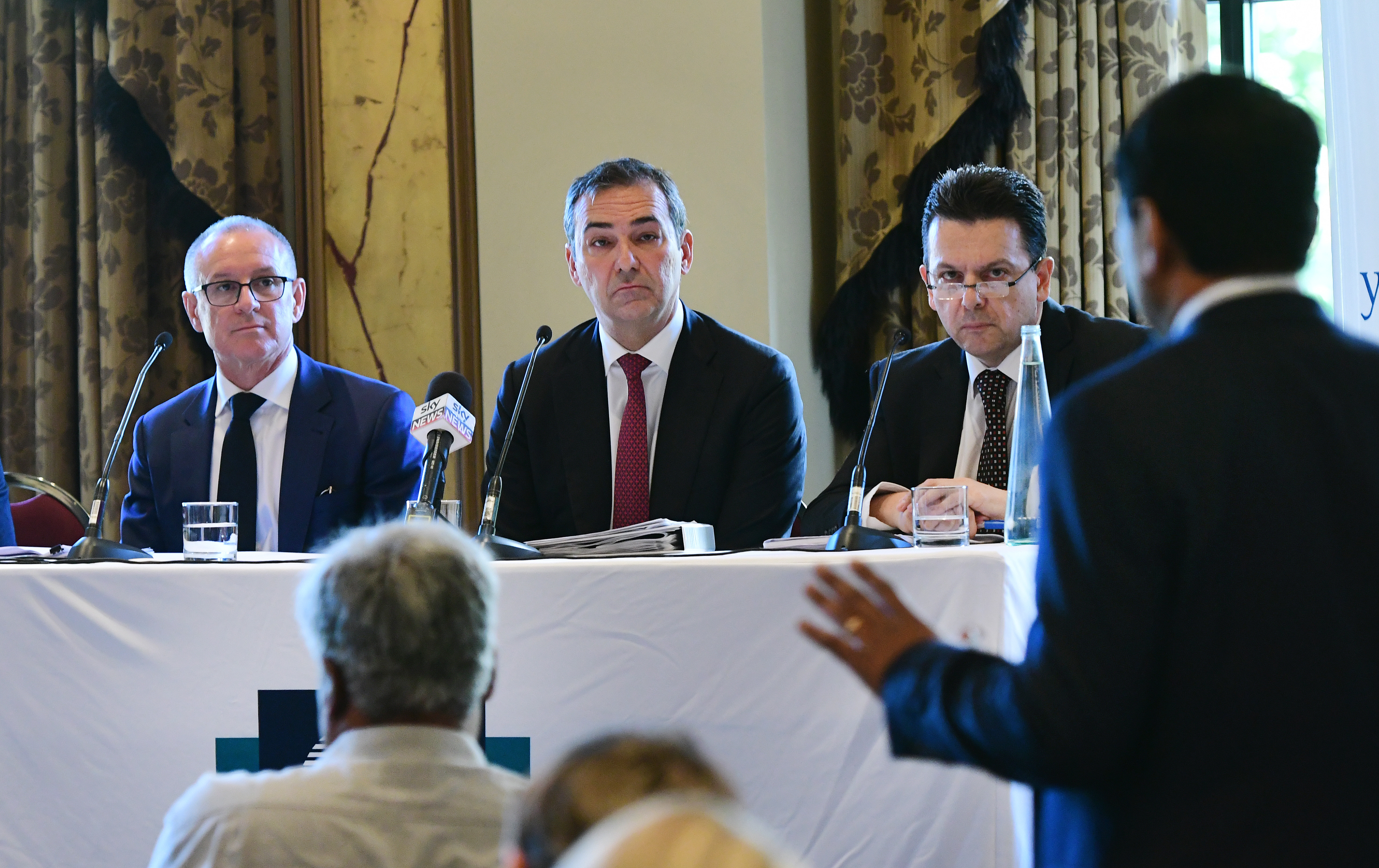 Thus far, Xenophon has unveiled seven candidates – all in nominal Liberal seats, including Morphett and Waite (currently held by conservative independents), Mawson (currently Labor but shifted to the Liberal side of the pendulum under the redistribution), Finniss, Heysen and Hammond, as well as his own candidacy in Hartley.

Weatherill’s confidence comes despite successive polls in Hartley showing Xenophon in command on a projected 53-47 two-party lead, with Labor trailing a distant third.

Before Grace Portolesi joined the fray this week – as first revealed by InDaily – a Galaxy poll published in The Advertiser had Labor on 17 per cent, compared to Liberal Vincent Tarzia’s 38 per cent and Xenophon’s 35.

The subsequent ReachTEL poll still has Tarzia in front on primaries, but Labor’s vote has hardly shifted, in third place on 20.7.

Both polls expect Xenophon to snare the seat on preferences.

Despite Weatherill claiming Labor would “advance candidates in every one of our 47 seats”, he later intimated this may not be the case – declaring the party may yet not run a candidate in the north-eastern seat of Florey if incumbent Frances Bedford chooses to run as an independent.

“We’d welcome her to be the preselected candidate for the Labor Party [or] she could run as a Labor independent – with or without a Labor candidate – or she could choose to retire,” he said.

“All of those options are in front of her… we’re content with whatever decision she takes.” 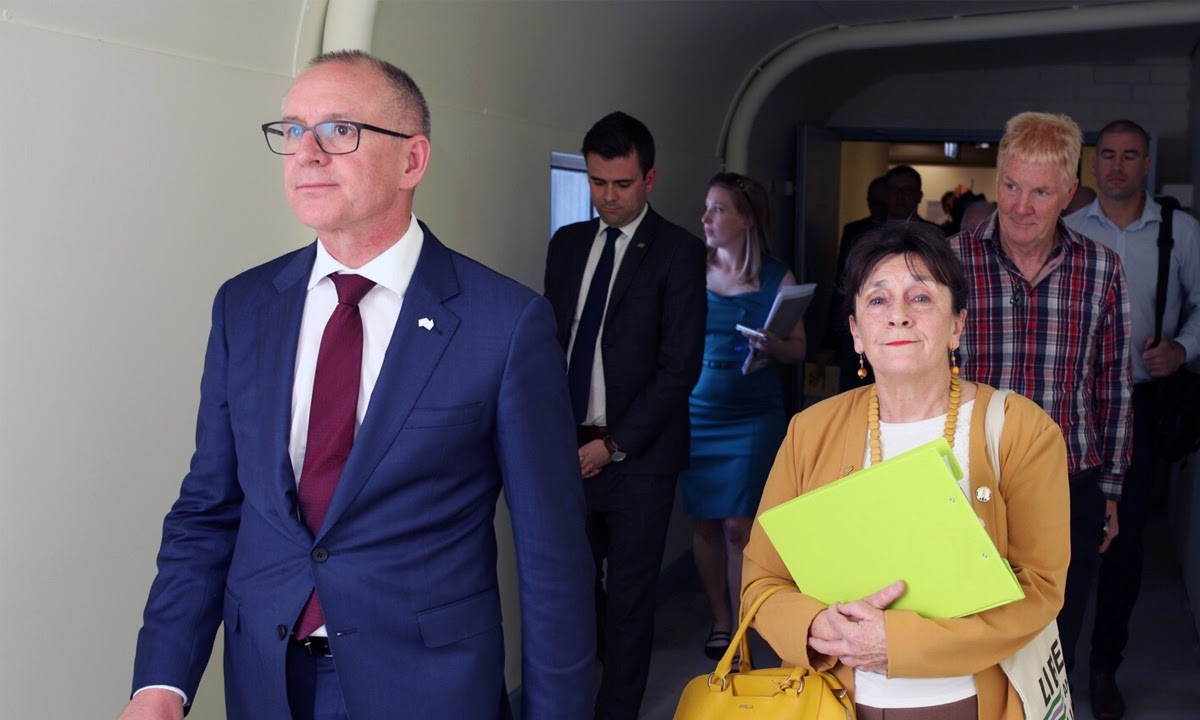 Asked to clarify whether Labor was still committed to running in all 47 seats, Weatherill said his first preference was for Bedford to rejoin the party, and if she does run as an independent it’s likely the ALP would run but exchange preferences with its former member.

“In the unlikely and unusual circumstance [that we do not run a candidate against her], she would be our de facto candidate,” he said.