Long-serving Legislative Councillor John Darley – who replaced Xenophon in the state’s upper house when he quit to launch his senate bid in 2007 – sensationally split from the Xenophon Team last month, calling its high-profile leader dictatorial.

That followed Xenophon’s humiliating slapdown of longtime ally and retired lawyer Peter Humphries, who publicly stated in April he was set to represent SA Best as a Legislative Council candidate at the state election.

But Xenophon ruled him out of contention after he openly teed off at SA’s reliance on renewable energy, which he called “crazy shit” and “gesture politics”.

Today, though, Darley and Humphries formed a united front, announcing the establishment of their own party – Advance SA, which Darley called “a practical voice for South Australia”. 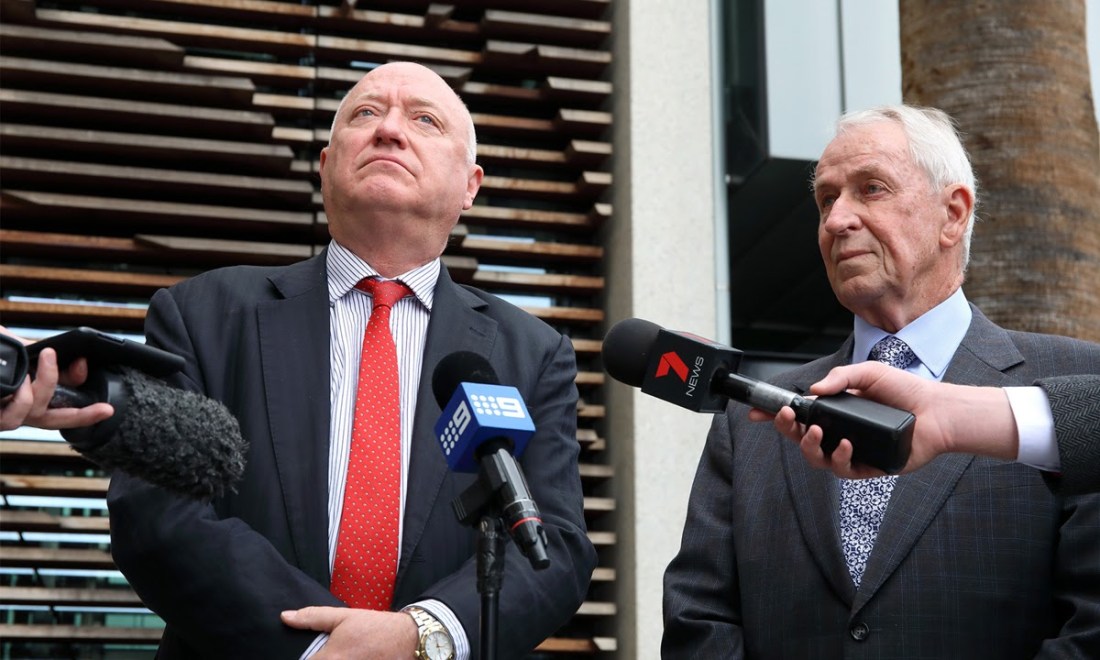 Humphries – a former managing partner with Duncan Basheer Hannon who once ran as a Labor candidate for Mount Gambier in the 1980s – will be the new party’s lead upper house candidate for the March poll, while Darley’s own term does not expire until 2022.

“We could be the ‘ex-X-men’,” Humphries said of the pair’s shared affiliation with Xenophon, although he conceded while he had nominated for preselection he had never officially joined NXT.

But he dismissed the Xenophon connection – and the timing of today’s announcement, as SA Best prepares to unveil its own state election lineup – as “coincidence”.

“While there might be some sort of symmetry in that, I don’t think it counts for much in the long run,” he said.

Humphries was coy about Advance SA’s policy agenda, although he called it a broadly “centrist” party.

“We will not be afraid to speak up for the people of SA,” he said.

“Decisions will be made based on the merits of the issue, rather than political motives… there is real discontent in the community, with a desire for change [and] too many nonsensical decisions are being made at the expense of public services and wasted taxpayer funds.

“The public wants a voice of reason and Advance SA will provide this.”

He said it was “obviously always very difficult [to get elected] as an independent or minor party, but we’ll give it a bit of a crack and who knows”.

The party is yet to be confirmed by the electoral commission and currently boasts a “membership of two”, although the duo hasn’t ruled out scouting other disillusioned Xenophon-party defectors.

The senator himself was diplomatic but pointed in his response, telling InDaily: “Good luck to them… they should be subject to the same level of scrutiny as I am, and other political parties are.”

“It’s part of the tapestry of democracy,” Xenophon said of the state’s newest political party, but he fired a salvo at the man whgo filled his Upper House vacancy.

“I still maintain John should step down: he was elected under my name and wouldn’t follow some [of my] basic policies.”

One of those policy conflicts was Darley’s support for State Government changes to the way Legislative Councillors are elected, in defiance of the Xenophon Team’s ‘official’ stance.

Those changes, Xenophon argued today, will ironically make it much harder for the new party to win an Upper House seat at the state election. 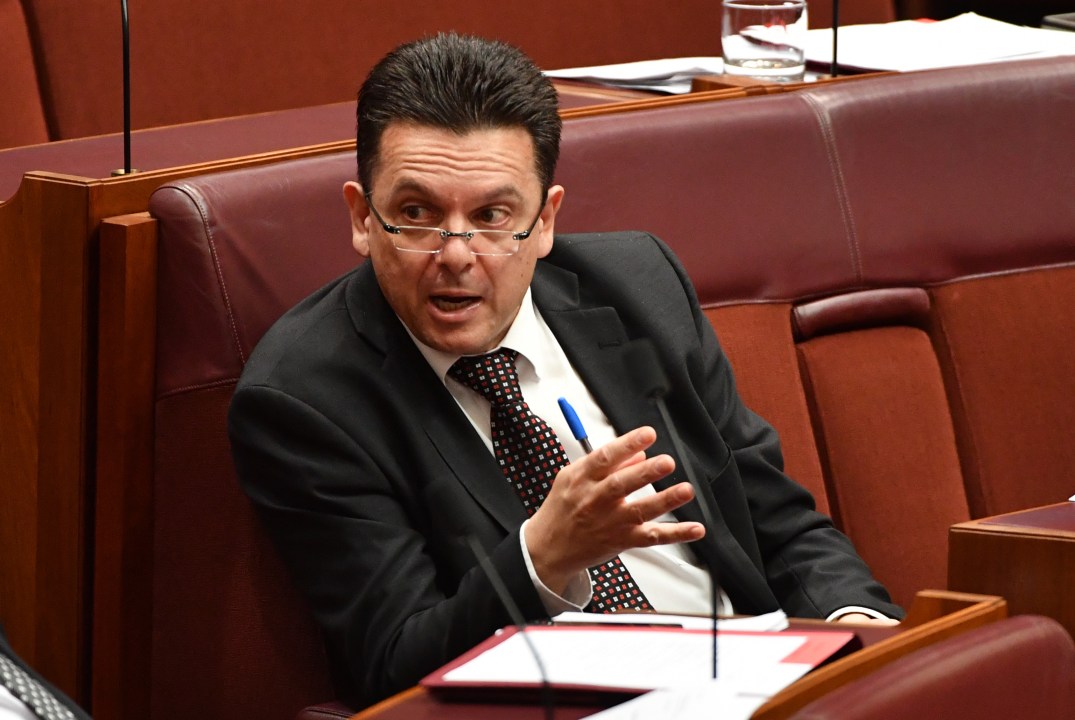 Darley said the party would unveil “a number of policies” but for now the former state valuer-general stood on his record.

“I’ve been there for ten years now,” he said.

“I’ve always voted having regard to the merits of the case, and if I felt it needed amendment I would make those amendments.”

Humphries said it was “fair to say John and I have a shared view about a number of things that have happened in recent times in SA” and would keep close account of “whoever the government happens to be” after the March poll.

But he was less strident in his rhetoric on renewables, having previously criticised the Weatherill Government’s “reckless rush to embrace alternative energy targets” as “vanity politics [for which] the state pays the price”.

“I’m astonished anything I’ve said on that is controversial,” he said today.

“Clearly climate change is a issue and we need to focus on renewable energy [but] there’s been a recognition of the need to provide some alternative generation and a lot of talk about storage.

“The world’s biggest battery [to be built by Elon Musk’s Tesla] has the capacity to power the state for four minutes, so there needs to be more work in that area.”

Xenophon says he expects his own SA Best candidates to be announced by month’s end, but they will not include child protection advocates Belinda Valentine and Sonya Ryan.

InDaily has been told Xenophon has previously sounded out Valentine – whose daughter Ashlee Polkinghorne is serving a four-year sentence for the death of her own daughter Chloe – as a prospective candidate, while major party insiders have long been wary of the high-profile mother of the late Carly Ryan running under the Xenophon banner in the hills seat of Heysen.

But Valentine told InDaily: “At the moment, I’m not considering it really seriously.”

“It moves so frigging slowly in [parliament], I swear, and they’d throw me off the floor every day,” she laughed.

“One of the things that stopped me [running] is the fact our system is quite broken, and that’s not to be disrespectful to parliamentarians – they’re there to represent the people – but I think the disconnect between the general public and the parliamentarians is really high.”

She said she had had conversations with Xenophon is which he had told her she would “make a very good candidate” but “he hasn’t come up to me and said ‘please run for my party’”. 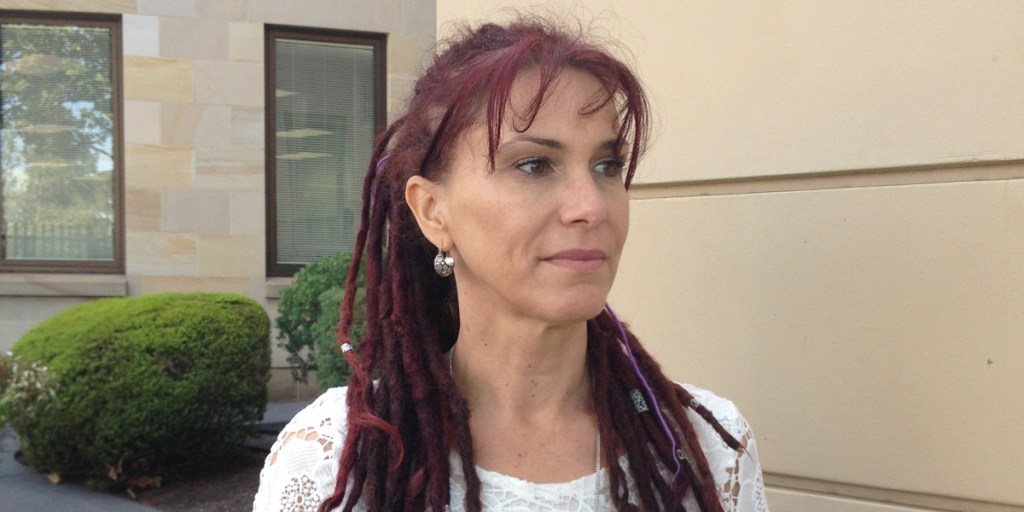 Ryan said her focus was “very much on the Carly Ryan Foundation and the work we’re doing with NXT” to promote internet safety for vulnerable children.

Her daughter Carly was murdered by internet predator Garry Francis Newman after he lured her to a meeting using a fake online identity.

“The position I’m in at the moment gives me the ability to do a lot of work in child protection, and the only way I’d ever step into something like [politics] would be if it gave me the power to do more to protect children nationally,” Ryan told InDaily.

Furthermore, she added, “I would need to be asked”.

She said Xenophon had supported her child protection work but “there’s been no talk of anything other than that”.

Xenophon said he would have spoken to Valentine “along the lines of [asking] ‘how can you best make a difference’” but there had been “no serious discussion” about her running for SA Best.

“I think she can best make a difference running an NGO and being an outspoken advocate,” he said.