The state budget prompted an unsurprising backlash from banks, whose profits will be raided to prop up Labor’s promised surplus.

The Westpac-owned bank has since confirmed it has suspended plans for the new back office expansion, which it says would have created 150 new jobs.

It has also withdrawn its sponsorship of a post-budget Labor fundraiser today.

A spokeswoman confirmed BankSA had been the major sponsor of the SA Progressive Business lunch at the Convention Centre, which included a meet and greet with Koutsantonis and Premier Jay Weatherill.

Bank executives and customers were to be seated on the Treasurer’s table, but the spokeswoman said: “We withdrew our sponsorship [and] our customers did not attend.”

It comes as the State Opposition today slammed the new taxation measures in Labor’s pre-election budget – but would not commit to rolling them back – and as Koutsantonis defended another budget measure he branded “xenophobic” only a year ago.

The bank levy was one of two controversial revenue-raisers in yesterday’s budget, with the other slugging foreign investors who buy into SA’s property market – a measure Koutsantonis roundly criticised when applied in Queensland, Victoria and New South Wales.

“They think it’s a ‘no regrets policy’; that no-one who is subject to this tax can vote against you, so ‘What are you worried about?’” the Treasurer told The Australian last July.

“I think it’s a little bit of xenophobia… I am never going to say that I don’t want a type of investment because ‘I don’t speak your language’; I think that’s appalling.’’

But Koutsantonis was unapologetic about the revenue-raisers today, confirming he had legal advice about his ability to hit the banks up with a state-based tax. 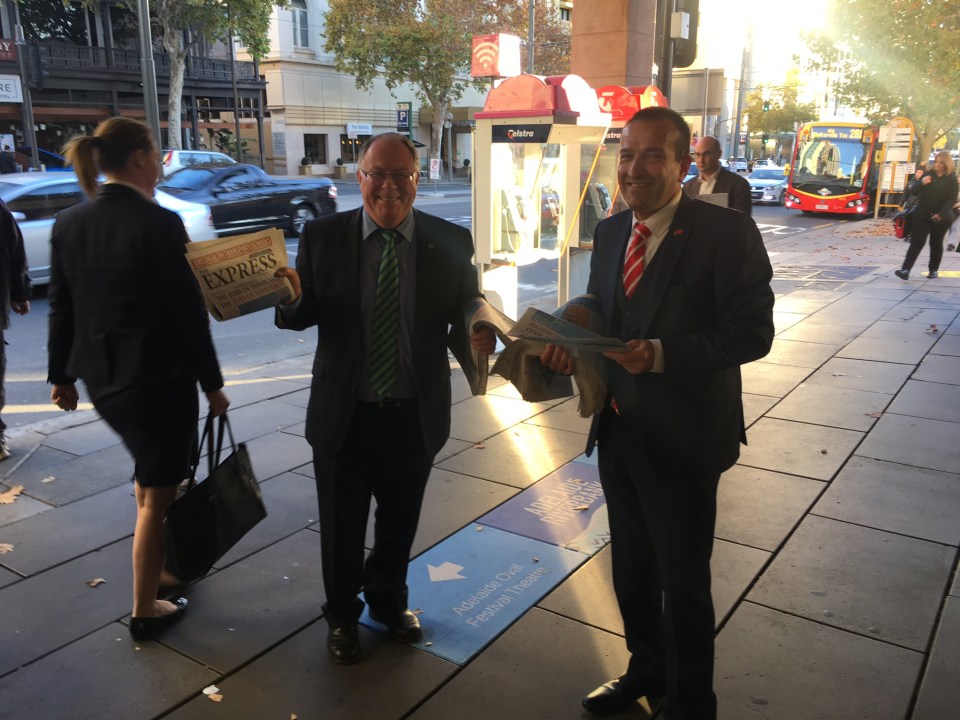 “What we are saying [to the banks] is, ‘You’re undertaxed, you’re making super profits, we’re going to take a very little bit out of you and use that money to create jobs’.

“And when we create jobs, what happens? They open bank accounts, they get mortgages and your business grows.”

“Not one single solitary job is going to be created by putting this tax in place,” he said.

“They’ve got nothing left in the bag so all they’re doing is taxing people into oblivion.”

Marshall committed that the Opposition would not block the budget, but said he opposed raising taxes.

However, he refused to explicitly commit to repealing the measures if he wins the March election.

“We’ll make it very clear what our tax policy is at the next election,” he told reporters.

“We’ll have our fully costed tax policy which we’ll take to the next election and we’ll base it on the numbers that were in the budget yesterday.

“But be sure of one thing – only a Liberal Government will lower taxes and create jobs here in SA.

“Only under a Liberal Government will you see taxes coming down in SA.”

He said the pledge “sets up a showdown [on tax] at the next election between Labor and Liberal”. 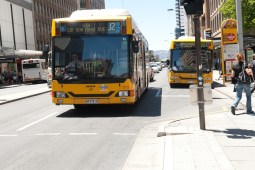 “We don’t support tax increases – we want to be attracting investment,” he told reporters.

“We need a re-set of the business environment.

“SA has become a laughing stock under Jay Weatherill and Tom Koutsantonis… we’ve had the highest unemployment rate…they can’t keep the lights on and at every opportunity they increase taxes.

“We did have a competitive advantage over other states [on foreign investment] – it was something Tom Koutsantonis recently boasted about… and now he’s decided to turn it around.”