Former Olsen Government minister Wayne Matthew – who recently attempted a political comeback by nominating unsuccessfully for Liberal endorsement in the key seat of Davenport – has been brought on board to rebuild the Liberal Party’s Adelaide Business and Professional Branch, offering the corporate sector the chance to influence the party’s policy deliberations as it seeks return to government for the first time since 2002.

The gambit is also part of a bid to shore up influential support for frontbencher Rachel Sanderson as she seeks re-election in the state seat of Adelaide, one of a handful Labor will be targeting as it attempts to offset the prospective loss of the likes of Elder, Colton and Mawson, all now nominal Liberal electorates after the recent redistribution.

Matthew confirmed he had recently been elected president of the branch, which he said “frankly hasn’t been particularly active” in recent years.

He said his aim was to bolster the branch membership, of “mainly people working in the city area who might want to contribute to policy”.

“The concept was sound but it’s fallen into a rut in the last few years… I was approached and asked if I’d be interested in revitalising it, to help business people give input to the party,” he said.

“The branch needs to be reinvigorated and needs to do better as a forum, and more particularly any effort will also assist Rachel Sanderson in the seat of Adelaide.

“It’s an opportunity to disseminate and receive information and input, and expand the membership base at the same time.” 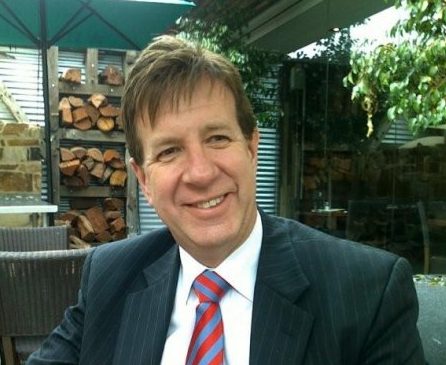 The branch is organising forums with senior Liberals invited to address members, but Matthew insists it is not intended as a corporate fundraiser, in the mould of the party’s Future SA or Labor’s SA Progressive Business.

“It’s an opportunity to voice opinions and concerns to the Liberal Party about policy,” he said.

“It’s not a fundraising venture, we’re not expecting a large crowd of attendees… it’s more an opportunity for businesses to put a viewpoint to a minister, and give that minister information they might otherwise not have.”

InDaily has been told Sanderson was a pivotal figure in recruiting Matthew, a somewhat divisive figure in party circles, whose nomination in Davenport sparked angst among several former colleagues.

“I was approached by a number of people in the party, to be honest, mainly from the state [wing of the party],” Matthew said.

However, he insisted the move was not a bid to lay groundwork for a future preselection tilt, saying: “I’ve absolutely no intention whatsoever of looking at any other seat in parliament.”

“The only reason I did look at Davenport was because I was asked to look at it; I was approached continuously for a period of two years,” he said.

“I’m still committed to ensuring that businesses in the community have access to the Liberal Party… I think that’s always going to be important in the Liberal Party. I look at the team today and they have nobody in the lower house who has that [corporate] experience… there’s not a lot of people in the Liberal Party who have some of that corporate knowledge.

“It takes a toll on a political party to be in the wilderness for 16 years – there’s a lot of corporate knowledge that becomes lost unless you take steps to ensure it’s not lost.”

He said a similar rationale was behind the party’s surprise move to install former premier John Olsen as its state president in the lead-up to the March 2018 election, as revealed by InDaily last month.

“I dare say John would have that same concern… he has an immense depth of experience and knowledge that he’s prepared to share with the party.

“It’s invaluable experience, and I think that’s intelligent regardless of what people may or may not say about John.”

Matthew said he was in the process of reaching out to businesses to offer access to key decision-makers in the Liberal Party.

“For instance, in Adelaide there are clearly a lot of legal businesses, so one of the things we’d be doing is inviting the Adelaide legal fraternity to attend an event with someone like Vickie Chapman or George Brandis, to give them an opportunity for input and feedback,” he said.

“They’ve always got differing views about how their sector should be run.”

He said the input could be thrown into consideration as the party finalises its policy platform for the election.

“Certainly 10 months out from an election, it’s an opportunity for parties to receive new information, that might put perspectives they hadn’t considered before, and there’s time for incorporation of these viewpoints [into policy],” he said.

“I’ve always had a very democratic way of looking at the Liberal Party – there are some members of parliament who believe you keep your branch small, keep it tight, keep it under control, [but] I’ve always believed [branches] should be as large as possible.”

That way, he argued, “it’s very easy to get together a team of 200 volunteers” to help you campaign.

“You can only do that by involving and empowering people… some would say I’m too much of a democratic purist, but democracy actually empowers people – and you get better governance.”

Business SA boss Nigel McBride said the small business lobby group had not been approached by the Adelaide Business and Professional Branch, but said it was “good if any side of politics wants to engage as much as they can with business to understand their needs”.

“If they’ve recognised there’s a disconnect… it’s probably timely to reconnect with that constituency,” he said, adding that Business SA is currently engaged in a similar survey of its members on key election issues.

“Their motivation would be typically electoral; our motivation is completely different – we’re trying to do it to spur economic development,” he said.

“But more power to them, I’d encourage any politician to connect with business where they can.”