Luethen, strongly backed by the party’s moderate faction, clinched the nomination for the northern seat of King over conservative rival and one-time federal candidate Graham Reynolds on Saturday. But, as InDaily revealed in February, her candidacy has re-ignited tensions within the council to which she was elected two years ago, with longtime councillor Knight set to quit the mayoralty to ran against her.

“Definitely,” he said today when asked if he was still considering standing for state parliament, adding that he first needed to “have a chat with some people” before formalising his intentions.

“It’s a big decision for me – I just love being the mayor,” he said.

“But I’m not just going to sit back… I just feel something needs to be done.”

He said while he would tackle a range of local issues on the campaign trail, including the downgrading of Modbury Hospital, his central theme would be that “parliament deserves better” than Luethen.

“Certainly I can’t sit back at this stage of the game… if the polls are right she’s an odds-on chance of winning,” he said.

“I know Australian love to take the mickey out of politicians, but I value the contribution of state parliament [and] I’d like to think the people who get there have got there for some good reason.”

He said Luethen had been the only member of council to vote against a “modest” rate increase, despite championing a range of projects that added to the bottom line and making code of conduct and ombudsman complaints that could have been resolved through mediation.

Luethen, who is listed on council under the name Luethen-Soper, has not responded to inquiries from InDaily.

“Do I sit back and let her go and say ‘good riddance’, or do I say ‘Could I possibly have done something?’” Knight said. 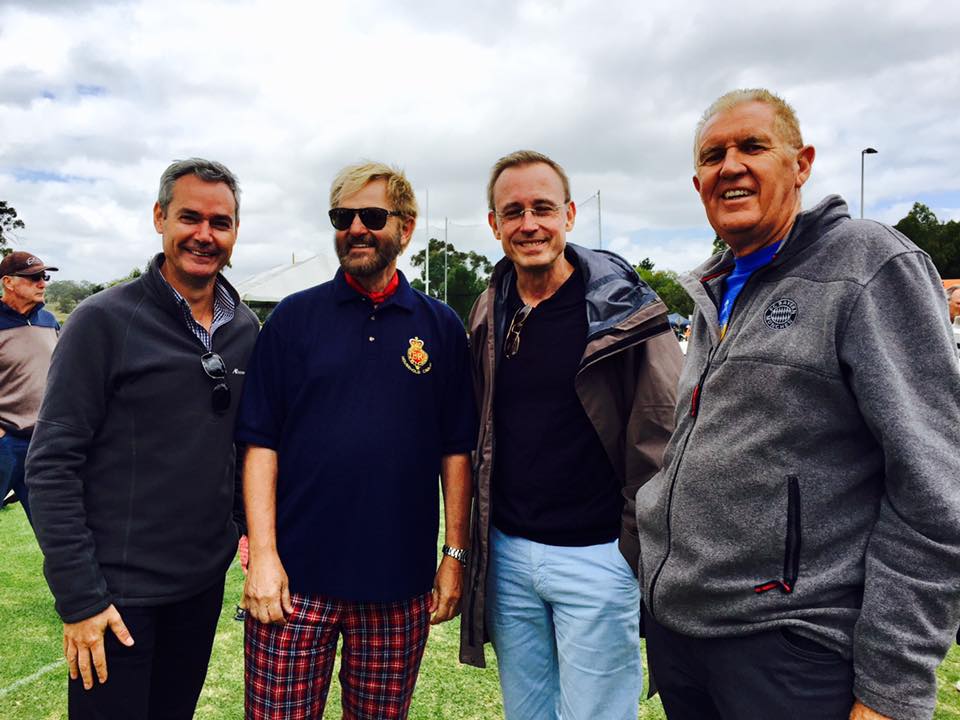 He said “to get things done [in politics] you have to work collaboratively and as part of a team”.

“I’ll be running because I work as part of a team [and] if I get into parliament I’ll work with people, not against them,” he said.

“If I don’t run, I’ll certainly be involved in the campaign in some way.”

He said he was “considering whether to run independent, or ringing a few people to find out whether I should do something else”.

Asked whether this implied offering himself to Nick Xenophon’s SA Best, he replied: “I haven’t made any contact with the Xenophon party yet.”

But any prospective alliance could prove difficult, given it’s understood Luethen is strongly supported by child protection advocates with close ties to Xenophon, including Belinda Valentine.

Opposition Leader Steven Marshall, a fellow party moderate who posed for a photograph with Luethen after her preselection victory, said of the prospective challenge: “Everybody’s entitled to run at the next election.”

“It’s a free world; he can pay his money and nominate if he wishes, but I think we’ve preselected an outstanding community champion,” he said.

“She has strong support from the local community and is a great candidate to take on Labor.”

Marshall said Luethen had been “willing to put her hand up in a marginal seat, despite knowing she would come under fire from the Labor Party’s gutter tactics”.

Retiring ALP stalwart Michael Atkinson took a keen interest in her preselection on social media over the weekend, posting an ominous warning to Liberal state director Sascha Meldrum after she announced the ballot result on Twitter.

@saschameldrum You'll be sorry. One day soon you'll want to destroy all copies of this photograph.

Atkinson’s partner, outgoing Wright MP Jennifer Rankine, has also had Luethen in her sights, having lodged several Freedom of Information requests against her.

Labor last month selected Housing Choices state manager Julie Duncan as its candidate for the seat, which it holds by a nominal 1.4 per cent margin after the recent boundaries redistribution.