InDaily revealed last month that Heysen’s State Electoral Committee president Stephen Blacketer had made frequent online critiques about the leadership of Prime Minister Malcolm Turnbull, writing that he had “failed” to show national leadership and “had to go”.

“Duplicity should not be rewarded,” he wrote on Facebook after Turnbull ousted Tony Abbott as federal leader.

“He split the party badly last time… he’ll do it again.”

The state Liberals have finalised their nominees for a raft of key seats, after a week-long internal review overseen by its powerful candidate review committee, which it’s understood is comprised of state director Sascha Meldrum, prominent lawyer Lou Crotti and SA vice-president Morry Bailes replacing president Steve Murray, who opted to put his hand up as a candidate for Davenport.

But Blacketer’s name is not on the list of nominees contesting Heysen, with the former aspirant telling InDaily: “We agreed to disagree, is probably the best way to put it.”

He did not say whether he withdrew voluntarily or was stood down by the CRC, but conceded “we sort of agreed to disagree on my comments, and I’ve withdrawn from the race”.

Blacketer emphasised he was “110 per cent behind Steven Marshall and his team”, saying: “I don’t want to turn this into a storm for the party.”

But he didn’t back away from his criticism of the PM, insisting “I guess you’ve just got to look at where things are at in Newspoll”.

“I made some comments about Mr Turnbull, which you’ve reported on… I don’t resile from what I said – I think Turnbull is appalling,” he said.

“I was disgusted by what he did and the results he’s achieved, but holding these views and being a candidate are incompatible.” 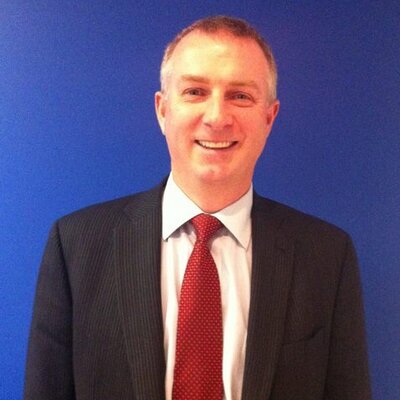 Blacketer said he could not “put my hand on my heart and say ‘I support the Prime Minister’, and you can’t be a Liberal candidate” in that situation.

“I don’t want to cause Steven Marshall any harm; he’s a good guy doing a good job [and] I really want the state Liberals to succeed because we desperately need to get rid of the Weatherill Government,” he said.

“If I can’t put my hand on my heart and say I support the PM, and if that’s a problem for Steven, I’d rather not run.”

Liberal insiders have speculated that a spurned Blacketer – a noted member of the party’s conservative wing who was backed by Hills patriarch Stan Evans and had previously outlined plans to sell off key parts of the ABC, including Classic FM and Triple J – could be fodder for Cory Bernardi’s breakaway movement.

But he told InDaily he gave the review panel “an assurance I wouldn’t run as an independent”.

“I think that would be a destructive thing to do, and I’m not interested in that,” he said.

“It comes back to ‘do I want to support the team?’ and I really do believe Steven is doing a good job. The state Liberal Party is united and all pushing in the right direction, talking about the right things and I think that’s a really good thing… we’ve got the best chance now to win that we’ve had in 16 years and I don’t want to be an impediment to that.”

The seat is considered highly vulnerable to the Nick Xenophon Team, which seized the geographically-aligned Mayo from the Liberals in the federal election last July.

Meldrum said in a statement that the Liberal Party “has a very strict Candidate Review process and high standards to ensure all candidates nominating for preselection are fit and proper persons to represent the party in the interest of their local community and are required to provide critical documents and undertakings that form part of the nomination criteria for preselection”.

“This year, the Liberal Party is applying higher standards in our candidate selection process than ever before,” she said.

Unley mayor Lachlan Clyne will face some competition for the Badcoe nomination, with Maylands antique dealer Peter Jaensch throwing his hat into the ring.

The party is facing a divisive battle in the northern suburbs seat of King, where controversial moderate-backed Tea Tree Gully councillor Paula Luethen-Soper is fighting conservative-backed Salisbury councillor Graham Reynolds. King is nominally Labor’s most marginal seat under the pending redistribution, although the ALP is yet to select a candidate.

There are five candidates vying for Leon Bignell’s seat of Mawson – now nominally Liberal – including Onkaparinga councillor and one-time Reynell candidate Heidi Greaves and local banker and media marketing director Caleb Sutherland, who last month had a byline in the Advertiser for a picture of embattled Onkaparinga Council CEO Mark Dowd spitting out a glass of wine.

The newly-marginal status of Stephen Mullighan’s seat of Lee has enticed four candidates to contest, including councillor Steven Rypp and former candidate Sue Lawrie, who also ran as an “Independent Liberal” in the 2012 Port Adelaide by-election to replace Kevin Foley.