Tea Tree Gully councillor Paula Luethen-Soper has nominated for the seat – Labor’s most marginal under the proposed new boundaries – with the backing of the Liberal Party’s powerful moderate faction, facing off against Salisbury councillor and former federal candidate Graham Reynolds.

InDaily revealed yesterday Tea Tree Gully’s mayor Kevin Knight was sufficiently perturbed by Luethen-Soper’s prospective candidacy he has threatened to stand as an independent if the party endorses her.

But Soester, who became a thorn in the Labor Government’s side over the western suburbs school sex abuse cover-up furore that prompted the 2012 Debelle Royal Commission, today leapt to Luethen-Soper’s defence, telling InDaily the Liberal nominee had made influential enemies by helping her failed campaign against former Education and Child Development Minister Jennifer Rankine in her seat of Wright at the 2014 election.

It’s understood Leuthen-Soper had intended to run for Wright this time around, but set her sights on King when the Boundaries Commission shifted her suburb into the new seat.

“I met Paula as somebody who wanted to help somebody doing the right thing,” Soester said.

“She told me: ‘I’m going to help you because you’re doing the right thing, I can only see people attacking you and you’re going to need all the help you can get’.

“She had business cards printed up, she did running around for me and worked herself to the bone, simply because it was the right thing to do.” 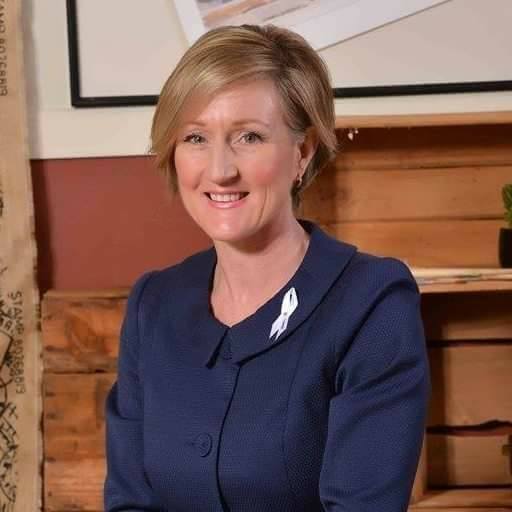 Soester only managed 696 votes despite a high-profile campaign, but says her intent was never to win but to maintain the fight against Labor’s child protection record.

The Liberal Party had links with the child protection campaign, even using Soester’s running mate Mel Calone in a campaign commercial – an ad which later sparked legal action from Premier Jay Weatherill.

However Soester said Luethen-Soper was not involved with the Liberal Party at the time of the campaign, but simply “saw the value in what I was trying to achieve”.

“She has been working hard within a very aggressively male-dominated local council to improve services to her local area,” Soester said.

“To gain this position she personally door-knocked over 7000 residents [and] all the while she has had to battle the likes of Mayor Knight’s resistance and Jennifer Rankine’s personal attacks both on social media and in parliament.”

Rankine, who yesterday confirmed she had put in several Freedom of Information requests about Leuthen-Soper, told parliament last year that a “gang” of Tea Tree Gully councillors – including the prospective King candidate – had tried to “muddy up another Liberal councillor to try to reduce the numbers of those who might be seeking preselection”.

All Liberal nominees are today being scrutinised by a candidate review committee panel comprised of the party’s state director Sascha Meldrum and lawyer Lou Crotti. It’s understood state president Steve Murray – himself a nominee in Davenport – has stood aside from the review process, replaced by SA Liberal vice-president (and regular InDaily legal columnist) Morry Bailes.

The Davenport contest is an intriguing one, with Murray the favourite in a three-way contest against one-time frontbencher Wayne Matthew and cleanskin Cara Miller.

State Liberal leader Steve Marshall today rejected renewed calls for him to intervene in preselections to ensure the party was united with a strong field of candidates, saying “we have got a great line-up of people who are contesting the preselections and I’m very proud of the way that we do it in the Liberal Party”.

“It’s a decision of the members of the party, not some secret meeting at a restaurant where power lords and trade union officials decide who is going to be the representative for the people in that electorate,” he told ABC Adelaide.

Asked if he would welcome back Matthew, Marshall said: “I will work with whomever they choose and Wayne Matthews [sic] will be a very worthy candidate for the Liberal Party.”

The political landscape remains uncertain, with the Supreme Court expected to rule on Labor’s challenge to last year’s boundary redistribution within days.

It’s understood the Liberal Party’s lawyer in the boundaries battle, Josh Teague – whose father Baden was a long-time moderate-faction senator – has nominated to contest Heysen. Teague has not returned calls this week.

The Hills seat from which former leader Isobel Redmond is retiring has six prospective candidates, including local branch president Stephen Blacketer, who could find himself in hot water with the candidate review committee over repeated public critiques of “Labor-lite” Prime Minister Malcolm Turnbull.

Meanwhile, Labor has confirmed left-faction defector Jo Chapley as its candidate for the key Liberal-held seat of Adelaide, as InDaily reported last week.