InDaily can reveal Liberal maverick and former frontbencher Michael Pengilly has told colleagues not to meddle in the nomination process for his successor in the Fleurieu seat of Finniss, even threatening to run as an independent candidate in the March 2018 state election.

He railed against “young ones who just want to be a member of parliament, without any life experience”.

“I think we’ve been burned pretty badly over the years with people who have run without any experience, and I’ve made that plain around the place,” he told InDaily.

Asked if he had threatened to quit the party to run as an independent, Pengilly said: “I’d consider the position, if someone wanted to mess around and play games.”

However, he said it was a “very, very long shot”.

“My wife would kill me,” conceded the former Kangaroo Island mayor, who only last month joined colleagues Mitch Williams (Mackillop) and Mark Goldsworthy (Kavel) in announcing their intent to step down.

Isobel Redmond joined the retirement queue this week, vacating her hills seat of Heysen, which is set to be keenly targeted by both the Greens and the Nick Xenophon Team.

While not explicitly endorsing Basham, Pengilly said he wanted a Finniss candidate with life experience, whose “family has grown up… instead of someone who’s just gone to school, gone to uni, worked for a pollie and gone to parliament”.

“I want to make sure we win the election,” he said.

“I don’t want games to be played and [the party to] put people in… given Xenophon is running around all over the place creating chaos, we’re going to have to have a pretty good candidate to win Finniss and Mawson [which will usurp Kangaroo Island in a proposed redistribution], and everywhere else for that matter.”

InDaily revealed last month that longtime Liberal party member Alex Brown was considering a tilt at Finniss, which his father – former premier Dean Brown – held for more than a decade.

However, perhaps discouraged by Pengilly’s stance, Brown has now set his sights on the beachside western suburbs seat of Colton, which is held by Labor but has been designated as nominally Liberal under the boundary redraw currently being thrashed out in the Supreme Court.

As InDaily revealed last year, star Paralympian Matt Cowdrey is the frontrunner for the Colton nomination, with widespread support across both the moderate and conservative wings of the party.

Sources have told InDaily that other prospective candidates, including former federal MP for Hindmarsh Matt Williams, have been warned off running in the seat and creating a contest for Cowdrey, who recently moved into the electorate to establish his credentials – although it’s unclear whether he will remain within the seat’s boundaries after the redistribution.

Williams, who has also been linked to Morphett and Lee, did not respond to inquiries today.

Senior Liberals have confirmed, however, that Brown has nominated for the seat, although he re-emphasised via text message: “I don’t wish to make any further comment regarding the preselections.”

One senior Liberal source said his nomination for Colton “came out of the blue somewhat”, but denied that the longtime moderate was openly flouting his faction.

“He does march to a different drum… I don’t think he realises that’s an odd thing to do,” the source said. 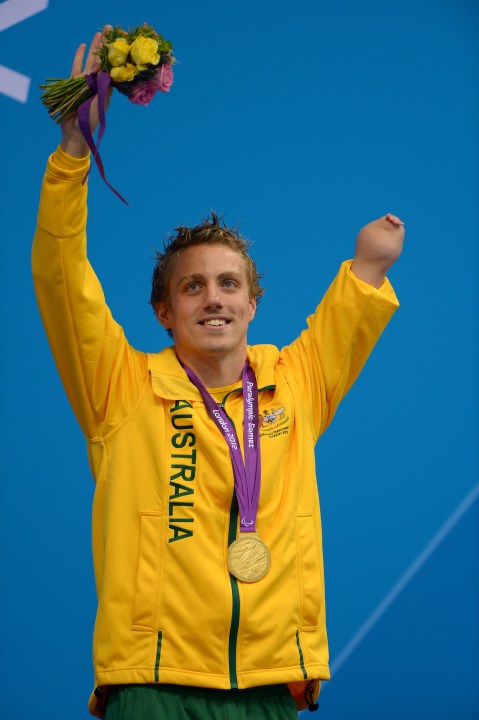 One party insider noted that the pending redistribution – and the widespread assumption that brickbat-wielding voters were waiting keenly to deliver Labor an election-day whack – had sent several aspiring candidates “a bit mad”, as aspirants jockeyed for position.

Their consolation, however, is that their Labor opponents appear to have been hit by the same affliction.

Whether Brown’s decision not to run in Finniss will make the pathway easier for Basham remains to be seen.

Basham himself told InDaily today it would be a “privilege to be able to serve the community”, identifying a long-needed upgrade to the Victor Harbor Road and “getting the farming sector firing” as key priorities.

He agreed with Pengilly “it’s always very useful to have people there that have been operating in the region and in business”.

“Certainly I’ve done that… and that’s a key part of taking the views of the community to parliament,” he said.

“We have to consider all the factors out there… Xenophon and other independent parties are always a challenge, and we have to make sure that as a major party we’re listening to the people.

“We need to keep doing that and always improve, and deliver what’s needed for the community.”

Redmond’s unexpected retirement in Heysen has thrown the contest there wide open, with lawyer Josh Teague mentioned in dispatches. He has also been linked to Finniss, but now lives in the hills electorate, however he is somewhat compromised by working closely on fighting against Labor’s boundaries commission appeal in the Supreme Court. He told InDaily he was “very much engaged in that process” for now.

Heysen local and Liberal MLC Michelle Lensink today rejected any move to the lower house, while InDaily has been told prospective candidates such as staffers Alex May and Charlotte Edmunds and Property Council executive director Daniel Gannon are unlikely to nominate at this stage.

Redmond herself appeared to concur with Pengilly’s views today, telling ABC Adelaide her advice to young political aspirants was: “Don’t even consider going into politics.” 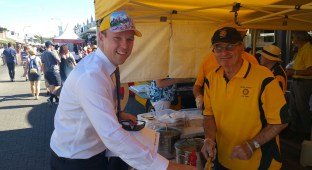 “Go and do something else with your life. I don’t care whether it’s building a business, running a farm, raising a family, being in a profession, but achieve something in your life and understand a bit about your communities,” she said.

“Because I see politics as an opportunity to serve your community, whether it’s local, state or federal level, and if you go into it because of your own personal ambition I think that it will eat you up and spit you out.”