The Nick Xenophon Team, which will run at least “six to eight” lower house candidates in the state poll, is expected to target Liberal-held Adelaide Hills seats that cover the same footprint as Mayo, which Rebekha Sharkie seized in last year’s federal election.

Those would likely include Kavel, Davenport, Finniss and Heysen – where former Opposition Leader Isobel Redmond yesterday announced her impending retirement.

But speaking on FIVEaa this morning, Xenophon insisted: “I don’t want this to be seen as targeting [just] the Liberal seats – we’ll be targeting Labor seats as well.”

And he was forthcoming about where his sights would be set, nominating Tourism Minister Leon Bignell’s seat of Mawson and Labor’s Whyalla-based stronghold of Giles, in which first term MP Eddie Hughes replaced retired former Speaker Lyn Breuer in 2014.

He said he had “always had a very civil, good relationship” with Bignell, “but what people have put to me is that because Kangaroo Island’s moved into that electorate – [which is] part of Rebekha Sharkie’s electorate – that would be an interesting seat to watch”.

Ironically, though, a Xenophon win in Mawson could still come at the Opposition’s expense, given the recent boundary redistribution – which Labor is contesting in the Supreme Court – made Mawson a nominal Liberal seat on a 3.2 per cent margin.

Xenophon conceded Giles (with a nominal 5.7 per cent margin for Labor after the redraw) is “a very safe Labor seat” and said “Eddie Hughes is a decent bloke”.

“But I think that in that seat that there could well be a mood for change, depending on the candidate,” he said.

He noted NXT’s federal candidate, Andrea Broadfoot, almost snared the seat of Grey, which covers much of the same terrain, and “our polling in Whyalla was over 30 per cent”.

“That puts us in a pretty reasonable position,” he said.

Hughes today conceded that “in general there’s been a shift away from the major parties”.

“But the amount of work that we’ve done, especially in Whyalla, will serve us well in the upcoming state election,” he said. 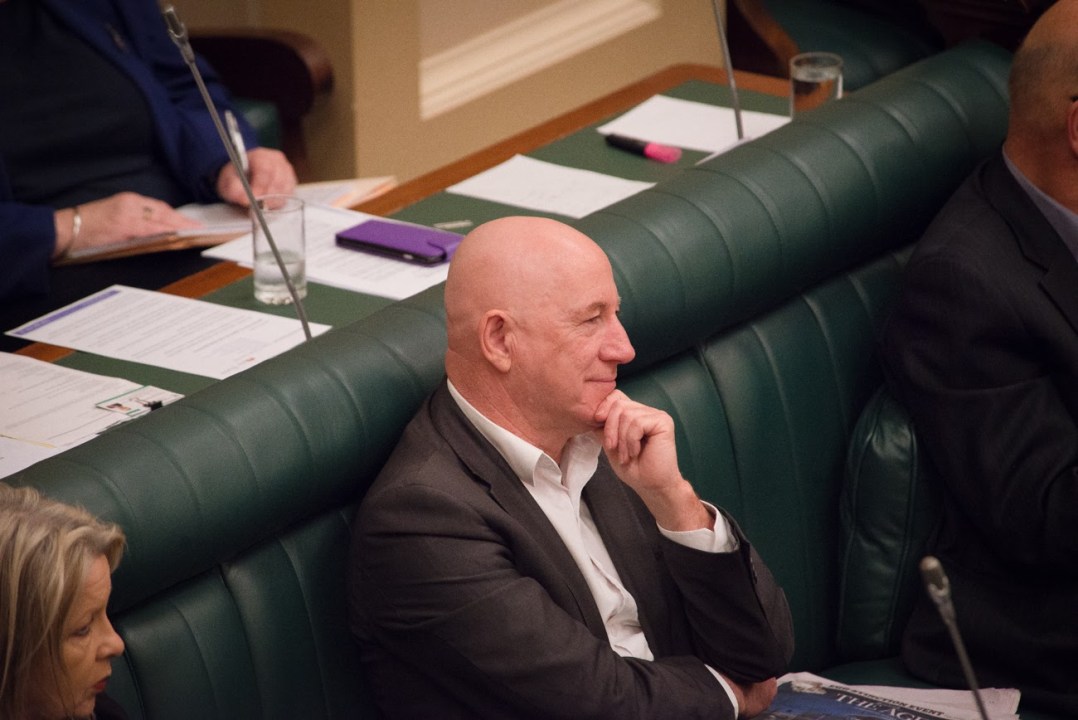 The incumbent said “the incredibly important thing will be all around jobs, and the Whyalla steelworks”.

The Arrium operation went into administration last April, and Hughes says “we will be judged as a state government about the effort and leadership we provide to ensure that the steelworks have got a long term future”.

“We’ll pull out every stop as a state government to ensure we get that result… but a lot is going to depend upon a successful sale process,” he told InDaily.

Breuer, who is now serving as Whyalla’s mayor, believes Xenophon would “have trouble shifting the Labor Party in Giles… but it’s always possible”.

“Certainly I’ve heard he’s interested in coming in there,” she told InDaily.

“But Eddie Hughes has got a very strong hold in Whyalla… which is where the seat’s won or lost.”

She was sceptical that the factors that influenced the federal vote would weigh as strongly on the state result, but noted the key for an NXT resurgence would be “having a good candidate”.

She said it would need to be somebody from the electorate, most likely Whyalla, as “country people don’t like ring-ins”.

“The personal factors comes into it a bit more in country electorates because people know the individuals that are involved, so that would be a big factor, and that’s all politics aside,” she said.

Xenophon also appeared upbeat about his party’s prospects in Heysen, telling FIVEaa: “Isobel leaving obviously leaves a vacuum in that seat, and I think that vacuum could well be filled by a really solid candidate that I’ll be supporting, that Rebekha Sharkie will be supporting.”

“We haven’t got a candidate in mind or lined up yet but we should do by the middle of the year,” he said.

“But I would have thought given that Rebekha Sharkie is doing so well and representing people so well in that electorate… that gives us a pretty strong springboard for Heysen at the next state election.”