Backbenchers Tony Piccolo and Steph Key took aim during debate on the Appropriations Bill in parliament yesterday, a move the Opposition described as “open revolt”.

Piccolo, who resigned from cabinet in January ahead of a reshuffle in which he was mooted to be replaced, revealed he had lobbied current Child Development Minister Susan Close to reconsider a budget move to close Familes SA offices at Gawler, Elizabeth and Salisbury and “consolidate” the services at a refurbished Smithfield Plains High School site.

“On this point, I have a slight difference of opinion with the minister and I have conveyed that to the minister’s office,” Piccolo told parliament.

The MP for the Gawler-based northern seat of Light said he “certainly supports the view put by my [local] Families SA that they should remain in Gawler”.

“I understand that the minister has given very sympathetic consideration to those issues and I thank her for considering that, given that Gawler is a very separate community,” he said.

“They certainly view themselves as a separate community to northern Adelaide… not a better community, just a different community.”

Piccolo said he had been “supporting the staff and also the client base in my community to have that decision reviewed”.

The Child Development portfolio is likely to be reshuffled again soon, with the Government last month acceding to a demand from the Child Protection Systems Royal Commission to separate the agency from the Education Department.

The commission will deliver its final report to the Government next week, and it is expected to be made public after cabinet considers its recommendations the following Monday.

Piccolo’s critique preceded another by Ashford MP Steph Key, who took to her feet after former Liberal leader Isobel Redmond launched a passionate criticism of a budget move to “sell the Lands Titles Office”.

“The Treasurer re-words that by saying that what they are doing is outsourcing the data aspect, but indeed the data is all that is left of the Lands Titles Office,” Redmond told parliament.

“I believe that this is a really bad thing for this Government to do… it is not only a breach of faith with the promise that was made prior to the 2014 election of no more privatisations but it puts at risk the security of all the people in this state who hold title to land, and that is a vast number of people.

“I think it unreasonably imposes unnecessary and unreasonable costs on those people.”

Key responded: “Can I just say that I have to endorse everything [Redmond] said.” 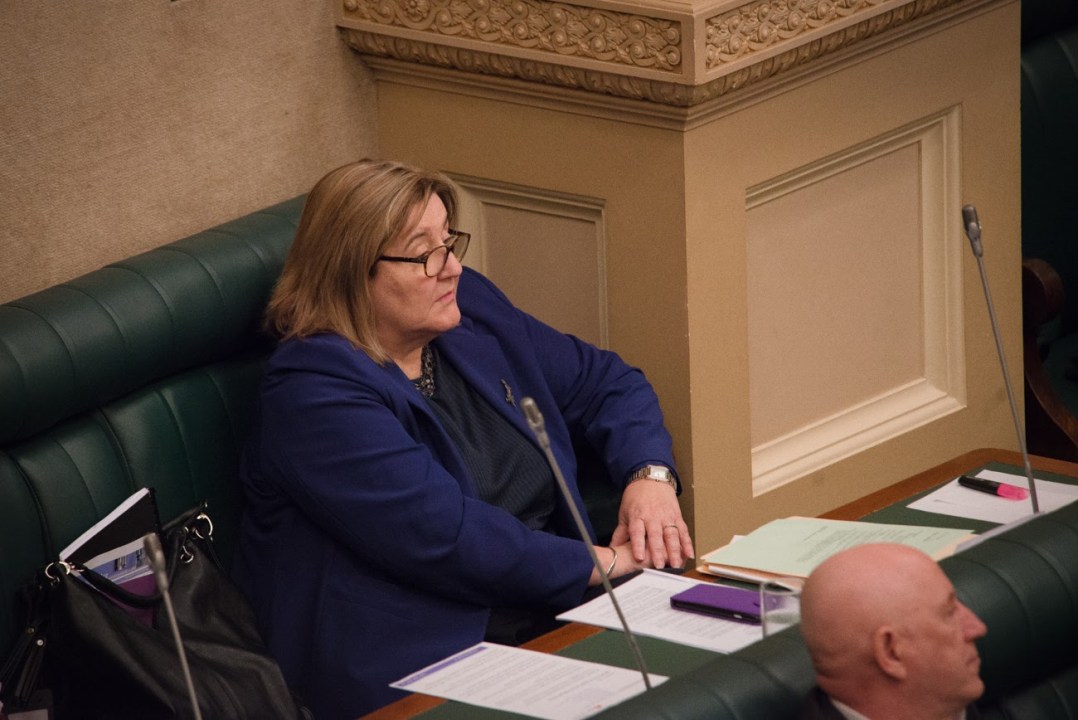 “I also for a whole lot of reasons… do not support privatisation, contracting out, semi-privatisation or any other term that we might come up with, either in the commonwealth public sector or the state public sector.

“I am really concerned – and I have been for a number of different colour governments, but also certainly with our own Government – that this is something that we should not do, in my view.”

Key, a member of Labor’s left faction who has previously opposed the notion of pursuing a high-level nuclear waste dump, said her views were “well-known” in party circles, “so I do not think it will come as a surprise to anyone in particular”.

Key was a minister for employment and training in the Rann Government.

Deputy Liberal leader Vickie Chapman seized on Piccolo and Key’s contributions to claim that “the wheels are falling off the Government”.

“They have two former ministers openly criticising budget measures – this is open revolt,” she said.