“I was thinking somebody that’s been struggling a bit – the Labor battler,” Sneath told InDaily.

“Somebody that knows what it’s like to rear a family on a basic wage, perhaps a mother that’s done that.”

Finnigan was last week found guilty of obtaining child pornography, although the question of whether a conviction will be recorded has been delayed until sentencing submissions at the end of the month.

Malinauskas is today still considering his options, but Brown will not nominate if he decides to stand.

Sneath, who retired as Legislative Council president in 2012, said the right-wing powerbroker was “obviously good, and the Premier’s recognised that”, however “I’d just like to have seen somebody preselected that could remind some of the people in Labor caucus that this is what the workers go through”.

“The Labor caucus and Liberal [partyroom], not too many of them have had to battle in their lives … they’ve always had reasonable jobs and reasonable wages,” he said.

“But there are battlers out there on $50,000 a year who are paid up members of the Labor Party … we should preselect somebody that would put some working class back into the caucus.”

Despite having enjoyed a long tenure in the Upper House himself, Sneath said he’d like to see Malinauskas “stand for a seat”, warning that by sending a man touted as a future leader to the Legislative Council “you want to create the Labor Party’s Rob Lucas”.

“I think you need talent in the Leg Co, of course, and there are some there who are probably not utilised like they should be,” he said.

Malinauskas would not comment today, but released a statement that he was still “seriously considering” his options.

It’s understood he has been a long-time believer in introducing more “dynamic” representatives to the state’s Upper House. 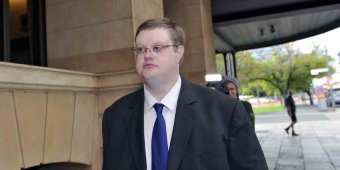 Nonetheless, party insiders maintain that if he were to take up the post, Finnigan’s term was due to expire in 2018 in any case, at which point Malinauskas could entertain a move to the lower house.

InDaily has been told there are likely to be “a few seats popping up (for grabs)”, with the party’s rising star likely to have the pick of them.

He’s also been considered to entertain federal aspirations, but sources say he might be happy to hone his political skills in state parliament before contemplating a move to Canberra, a la West Australian Liberal Christian Porter.

The Labor state executive officially opened nominations this morning, and will elect Finnigan’s successor on Friday.