Despite a perfectly competent start as SA’s new Opposition Leader, his first day on the job was blighted by Vickie Chapman’s announcement she was quitting the parliament – and now he’s set to miss the first day of the new parliament after catching COVID.

For history buffs, his absence will make him the first new Leader of the Opposition not to ask the opening question in the subsequent Question Time since Martin Hamilton-Smith in 2007.

In Marty’s case, he opted to leave his first Question Time foray to his Liberal backbenchers after the scheduled showcase was delayed until after 4.30pm – which he reckoned was too late to garner significant coverage on the evening news.

Instead, he held off till the next sitting day to make his prime-time debut of holding to account the Labor Government he would later join.

In Speirs’ case, the load will be shouldered by his new deputy John Gardner, who is negative-PCR-tested (“it seemed prudent,” he tells InDaily) and primed to go – even if he’s under no illusions about the significance of the first Question Time of 2022.

“There’s never been a record of the government hearing an outstanding series of questions on day one and realising they were on the wrong track and giving up,” he admits.

Nonetheless, he promises there will be an outstanding series of questions nonetheless. 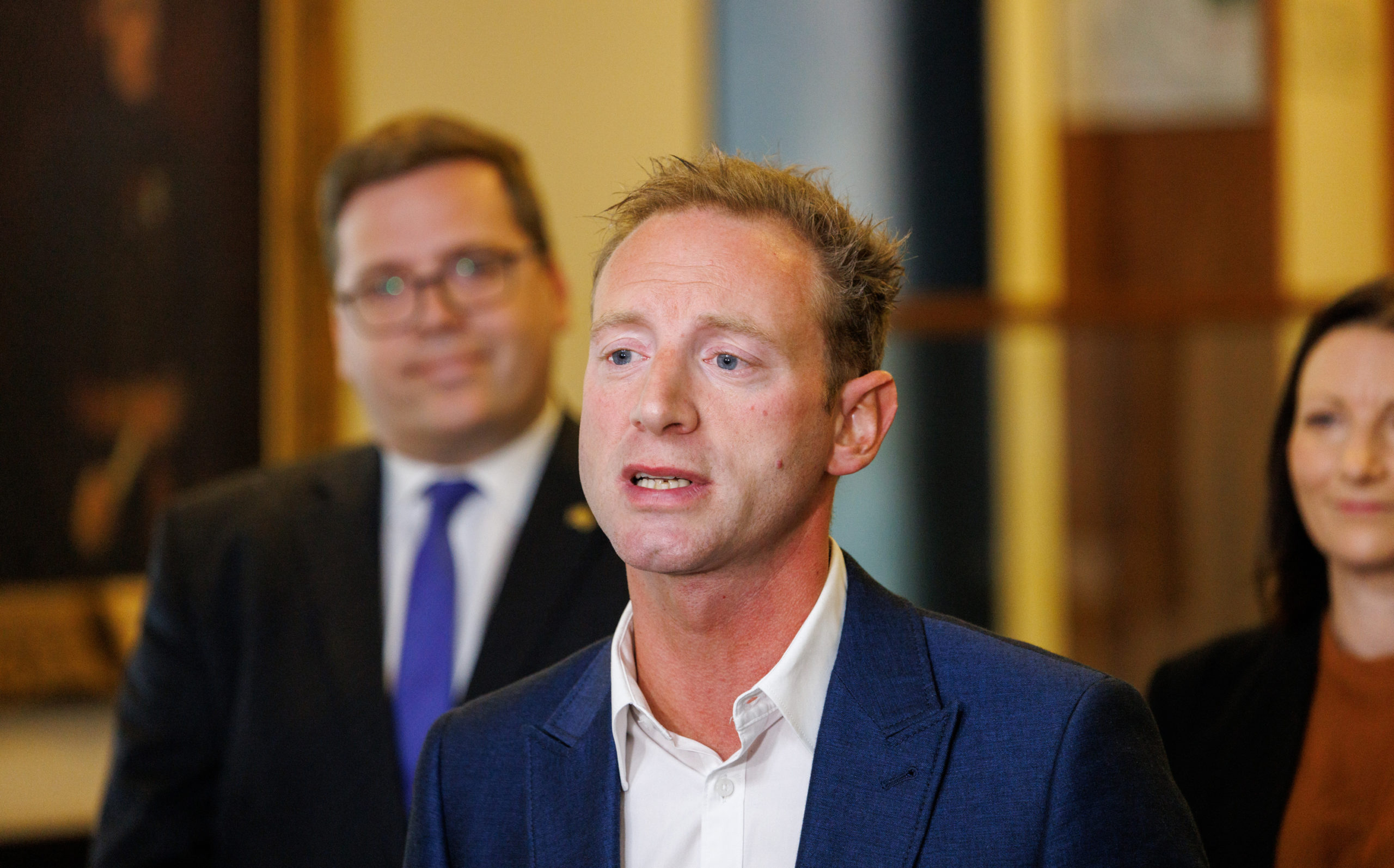 John Gardner (left) is ready to step into the foreground next week. Photo: Tony Lewis / InDaily

Presiding over all this will be the new Speaker, who to no-one’s great surprise is also the former Speaker.

Dan Cregan quit the Libs last year before seizing the Speakership from his one-time colleague Josh Teague in a late-night coup, during which Labor helped instil a new regime for appointing the House of Assembly’s presiding officer, who must now be independent.

While that can technically allow for a member of the Government taking the role, on the proviso they quit their party for the duration of their tenure, it was always a no-brainer to back Cregan in for another go – in part to keep the Kavel MP on side, and in part (one presumes) just to annoy his former Liberal colleagues.

“Dan Cregan proved himself to be a very good Speaker during the last term of government [so] I and my Labor team will support Mr Cregan continuing in that role when Parliament resumes for the new term on Tuesday,” Malinauskas said in a statement today.

“During the previous term, I sought to enshrine the principle that the Speaker should be independent and this is something I am keen to continue now we are in government.

“Despite the fact Labor has a clear majority in the House of Assembly, I want to lead a government which engages constructively with independents, for their communities and for the state.

For his part, equally unsurprisingly, Cregan says he’s “happy to continue to serve the parliament if other members wish for me to do so”.

“The ballot for the Speakership is the only secret ballot in parliament – and long may that continue to be the case,” he said. 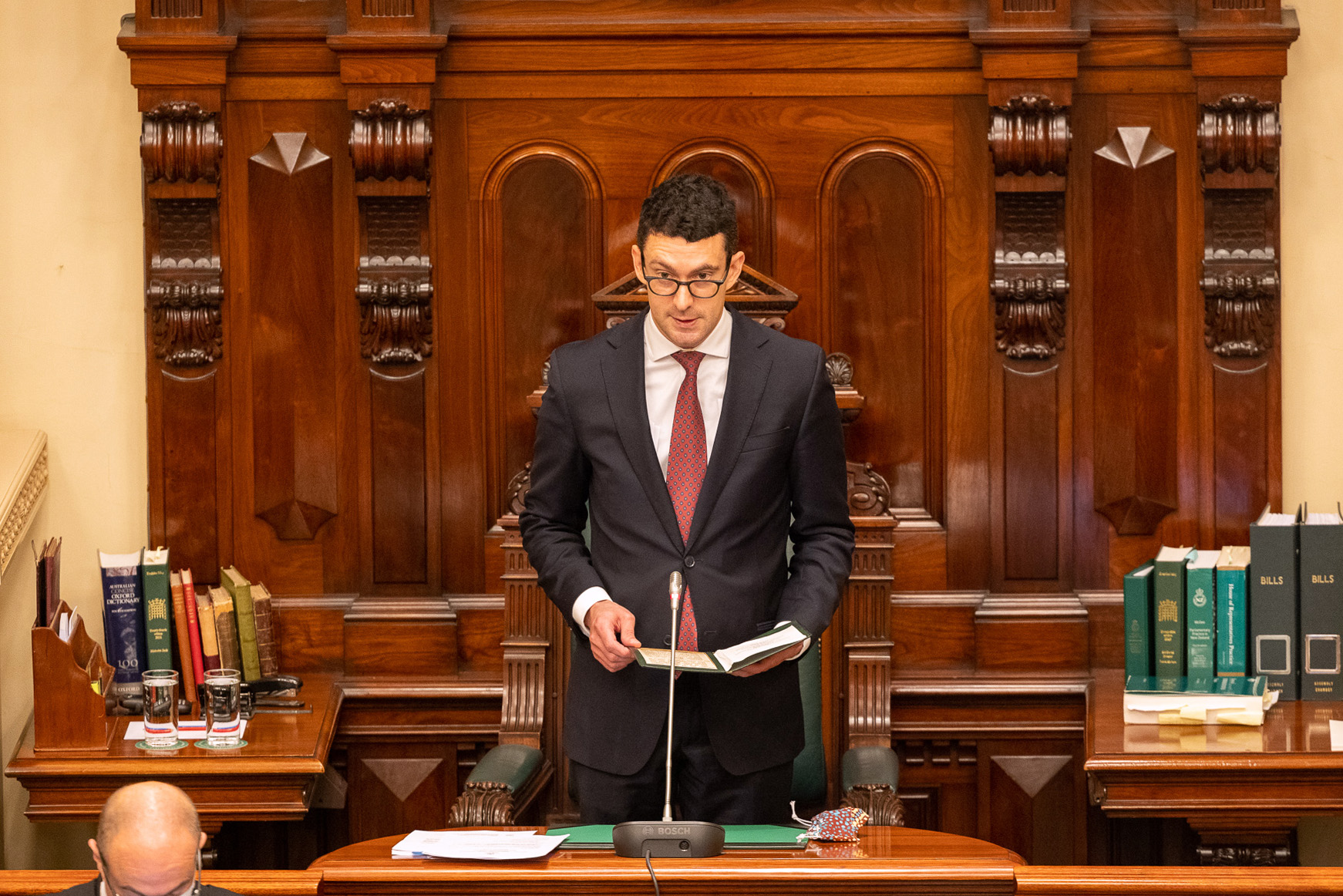 Cregan will be back in the chair next week. Photo: Tony Lewis / InDaily

However, he argues changing the constitutional process to require an independent speaker “was important” as “it adopts the Westminster model”.

“One of the difficulties with the previous Speakership model was that it required somebody to have superhuman power of impartiality and judgement,” he said.

“If the right analogy is a football game, the Speaker was a card-carrying member of one club who sat in with the players before the game, heard all the tactics and player changes and then ran onto the field with that club and was expected to somehow umpire the game impartially.

“I think that would be very difficult for anybody to do – which is why I assume they don’t do it at Westminster.”

One Nation fires up the Greens

Also taking their seat in the new parliament will be Sarah Game, the virtually-unknown One Nation MLC whose prospective election sent much of the media into a flap when she declined to speak publicly between polling day and the declaration of the vote.

True, it was an unusual gambit – although the frustration may have stemmed from the fact that most media outlets didn’t actually ask One Nation anything about its campaign prior to polling day, when it became clear the Pauline Hanson-inspired party was likely to snare a seat.

It should also be noted that Labor veteran Russell Wortley – whose return in the 11th and final Legislative Council seat was also confirmed this week – similarly declined to return calls before his vote was confirmed, and is still yet to do so.

Still, Game’s ascension has set plenty of tongues wagging on North Terrace – with the Greens particularly aggrieved about the Right-wing party’s SA rise.

And with good reason – with a looming senate showdown in next month’s federal poll, a strong showing for One Nation could conceivably deny the Greens the chance to win back the seat they lost in 2016.

That seat, as fate would have it, belonged to Robert Simms – whose shift into state parliament was also reconfirmed at this week’s declaration.

In a missive to party members on Wednesday, he briefly enthused about the Greens winning a “record vote” in the state poll, which “demonstrates that South Australians want real action on the climate and inequality crises”.

“Unfortunately,” he went on, “the election also saw One Nation secure a seat in the Upper House for the first time”.

“The Greens will stand up to One Nation’s divisive, ugly style of politics in the new parliament,” he wrote.

“If the polls are to be believed, the Senate race is tightening and One Nation has a real chance of snagging a seat in SA in the coming federal election too. We can’t let that happen.”

He then segued into a rallying call for volunteers to “support our campaign to lock One Nation out of the Senate and send Barbara Pocock to Canberra”.

“Having a strong presence on polling booths and at pre-poll will ensure people vote Green and help to keep One Nation out,” he said.

“Can you spare a few hours to help out at a polling booth?”

He signed off with a thank-you and, in case the point was missed, a brief ‘PS’: “Can you help us keep One Nation out of the Senate?”

Game’s mother Jennifer is, of course, running for One Nation in the senate, so it seems likely there’ll be some tensions on the crossbench in the state upper house for the next few years – and possibly in the federal one as well.

Notes On Adelaide is also a podcast – find our latest episodes here.