Geoff Brock may be leaving Frome at the state election to fight Liberal frontbencher Dan van Holst Pellekaan in neighbouring Stuart – after his Port Pirie base was shifted there in one of those pesky boundary redistributions – but he’ll still be leaving a legacy behind, in the form of his endorsement for a fellow independent.

First-term Clare & Gilbert Valleys councillor Cate Hunter has confirmed her candidacy in Frome, which Brock won in 2009 in one of the Liberal Party’s great own-goals – a by-election to facilitate the early exit of former Premier Rob Kerin.

The Libs had been hoping to put that all behind them with the preselection of moderate-aligned longtime staffer Penny Pratt – the daughter of former federal MP Michael – for the mid-north seat, which on paper should be one of the Government’s fortresses on a nominal 16.4 per cent margin.

Hunter says she was sounded out about running some time ago by members of the community.

“I gave it a lot of consideration and decided I’d go for it [but] I knew if I was going to stand I wanted to stand as an independent,” she tells InDaily.

She said she approached Brock, who offered his endorsement.

“Geoff was in the story very early – this has been something in the pipeline for months and months,” she says.

“I’d be very keen to continue in Geoff’s footsteps.”

And what if that means emulating his unenviable task of anointing SA’s government, as he did in 2014 after sharing a Hawaiian pizza with then-Premier Jay Weatherill?

“I’ve given some thought to how I’d approach that,” she says.

“I’d do it quite similarly to the way Geoff did – he asked for an extension of time and he consulted his councils… I’d do something very similar, consult with the six councils of new Frome, with the CEOs and mayors [and] I’d likely throw in a few of my own things I’d like to see happen in this area.”

Those priorities, she says, include a vibrant local economy – particularly “for young people and families” – adequate access to health care and increased investment in roads and built infrastructure.

Mind you, the Liberals will be quick to point out Hunter’s prospective Achilles Heel in the regional seat.

“I’ve been a member of the Labor Party in the past,” she tells InDaily.

“Not very long, and I was not very active.”

She says she left the party “early this year” but “can’t quite remember” how long ago she joined.

“A few years,” she recalled. 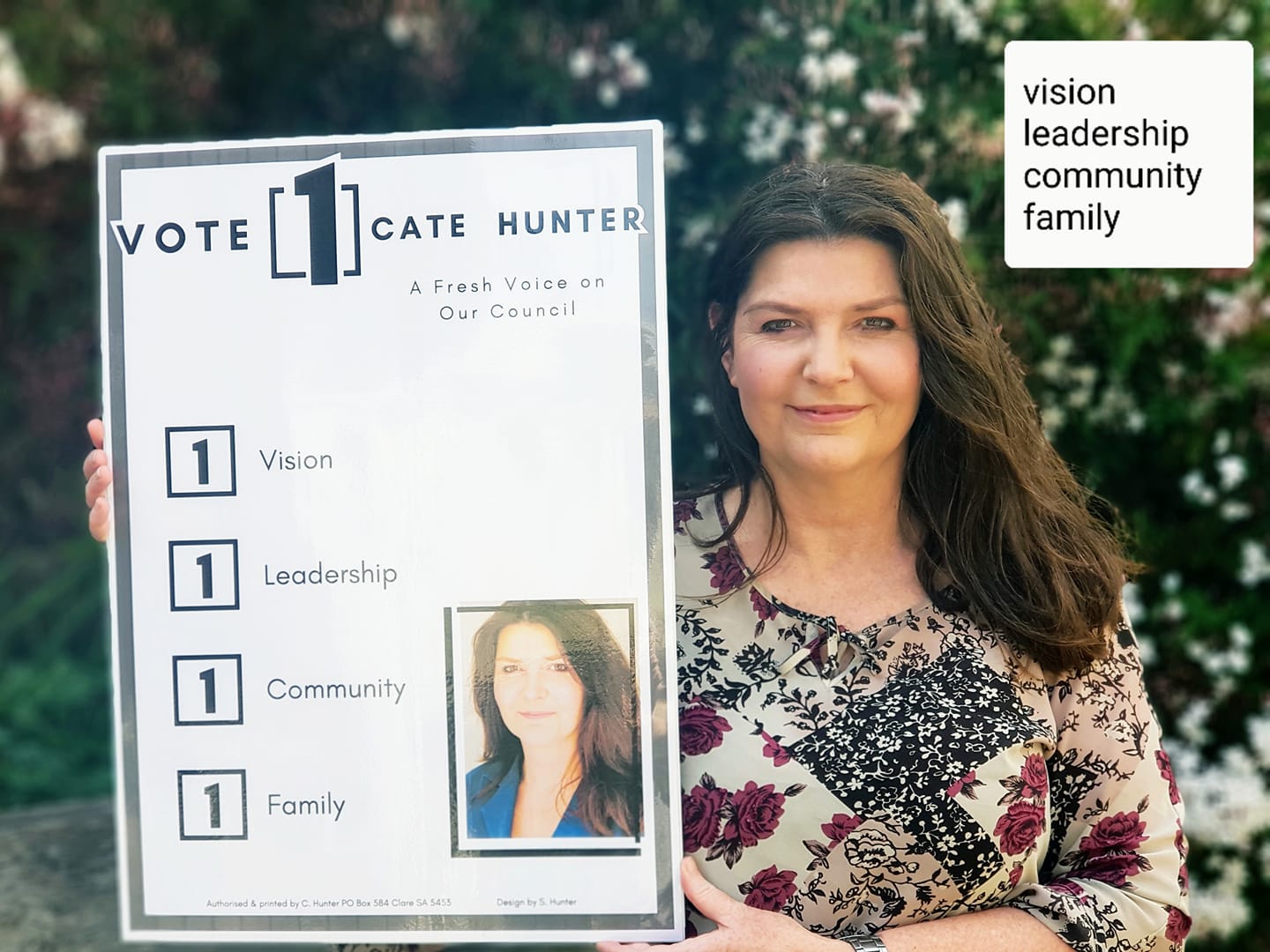 Hunter lists a varied professional background – author, small business owner, documentary filmmaker and zoologist – and says she moved to the Clare region with her husband four years ago seeking a “tree change” before running for council. They now live in Kapunda.

Brock said in a statement he was “very pleased that Cate has put up her hand to contest Frome as an independent”, saying his own non-party affiliation helped him “achieve a great deal” for the seat.

“I have had the pleasure of working closely with her as a councillor and have seen firsthand her commitment to her community and her track record in achievements for the region,” he said.

We’ve already got Dan Cregan doing his Dimestore Xenophon routine in Kavel, in between causing the Government headaches in parliament.

The fledgling Speaker used his casting vote yesterday to break a deadlocked vote in favour of Labor’s bid to debate a Bill making this year’s Saturday Christmas a public holiday – in line with the rest of the country.

While Labor then tempted fate by trying to shove the whole Bill through in one sitting – an overreach that failed to gain support – if Cregan gets the chance to vote on the matter when it next comes up he’s already made it pretty clear which way he’s leaning:

“I have always believed in a fair day’s pay for a fair day’s work – that is not a principle exclusive to the Liberal Party or the Labor Party but a principle that I and many others in the state believe in,” he told parliament yesterday. 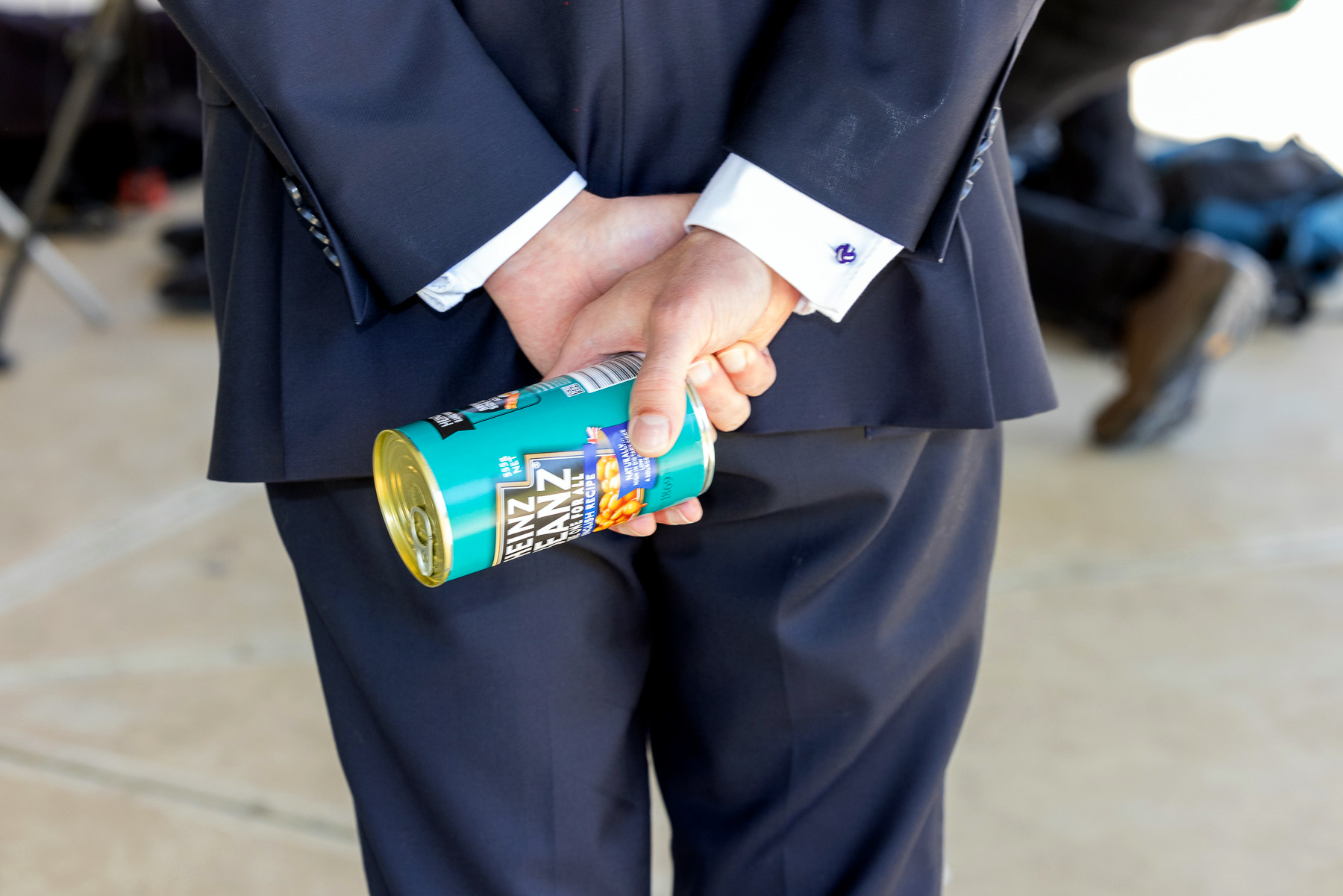 Moreover, Notes on Adelaide couldn’t help but notice after Cregan’s recent kerfuffle with his former party over the rights to his Facebook page, that several of his recent posts as an independent have been ‘liked’ by none other than former colleague Nick McBride – who was not so long ago considering a breakaway tilt of his own.

And then, of course, the Libs continue to suffer strife in Waite, while incumbent Sam Duluk enjoys running the show from the burgeoning crossbench.

More fun in the foothills

You may recall from our last Notes instalment that all was not well in Waite, with a fraught preselection prompting the local party president, Malcolm Post, to fire off a missive informing members that a ballot to pick Duluk’s Liberal opponent had been delayed “as a result of the Candidate Review Committee (Comprising Lou Crotti, Solicitor and Chair of the Constitution Committee, Legh Davis, State President and Sasha Meldrum, State Director) needing to undertake further screening of a candidate”.

He also ventured that he would “never attempt to influence how you vote” before appearing to do just that, noting that “one of the candidates has made several attempts to access the SEC membership list in the past two years – to what end I am not sure”.

However, insiders from Post’s Right faction tell InDaily he was duly summonsed by Davis and Meldrum to explain himself, before issuing a (not very) grovelling retraction last night.

“I have been advised that some of the comments I made in my recent email are inaccurate and need to be clarified.

“As President of Waite it is apparently not my role to communicate to the SEC and branch about the Candidate Review Committee process of preselection.

“It was also inaccurate for me to state that a delay in the timing of holding the preselection was as a result of Candidate Review Committee needing to undertake further screening.

“Preselection dates are set by State Executive, and I am advised that the change in date was chosen for event management reasons.

“I wish to retract my comments relating to the candidates, as it was not my intention to interfere with the preselection process.”

If that somewhat-enforced backdown was intended to inject some calm into proceedings, it might not have hit the mark, with one insider telling InDaily it was “another example of the party executive meddling in the rights of grassroots Liberals in Waite”.

The Government may not be getting along with its own MPs, but at least it’s building bridges with former opponents.

Treasurer and inveterate Labor antagonist Rob Lucas raised a few eyebrows yesterday with one of his new appointments to the board of the troubled ReturnToWorkSA: none other than former ALP deputy leader John Rau, SC – who as Attorney-General overhauled the even-more troubled WorkCover scheme.

In a statement, Lucas said that Rau’s appointment came as “tens of thousands of SA businesses facing significantly higher worker’s compensation premiums next financial year” as a result of a pending legal test case concerning compensation for multiple injuries arising from the same cause.

“Mr Rau, as Attorney-General in the former Labor government, was the architect responsible for overhauling the scheme in 2014, which included the objective to keep premiums below 2 per cent,” Lucas said.

“His insight into the reasons for the design of the scheme and what was intended by the former Labor government will be of immeasurable value to the Board as it seeks to meet the challenges confronting the scheme.”

An equally notable appointment, announced at the same time, came from Rau’s successor as A-G, Vickie Chapman, in her capacity as Planning Minister.

Chapman, who next week faces a parliamentary inquiry into her decision to kybosh a Kangaroo Island port, announced a range of new appointments to the state’s planning commission, including new chair Craig Holden and Stuart Moseley, who she noted boasts “more than 30 years’ experience in urban planning and executive leadership, having held roles in four State Governments, in Local Government and in the private sector”.

Longtime observers may recall one of the latter roles was as principal at Connor Holmes, which played a controversial role in the work that prepared the way for the massive expansion of Mount Barker.

As noted by the Ombudsman at the time, the company prepared the Growth Investigation Areas report for Mount Barker and other parts of greater Adelaide – at the same time as it was working for companies that wanted to develop land near the town.

Given the surging development of the area is one of the beefs Cregan has cited as his rationale for quitting the Libs, one wonders what he makes of Chapman’s latest announcement.