While for most of us, email is a fairly entrenched – even passé – mode of communication, it’s a medium that continues to cause hassles for the SA Liberal Party.

As InDaily reported last week, the state party has been forced to concede it must “improve the way in which [membership email] lists are distributed, better communicate the confidentiality of the lists and the consequences of any misuse of the lists”.

The problem was, the party couldn’t punish the transgressors because its existing use of membership lists had been, shall we say, a tad loose.

As the investigation report by state director Sascha Meldrum stated, “in the past there has been wide distribution of membership lists for various purposes, including gaining support for positions within the party or preselection support”.

She noted that “party-wide communication [will now] be sent out to remind all members of the need to respect the confidentiality of party membership lists that have been provided to party unit leaders for specific purposes outlined in the Constitution, and failure to do so will lead to disciplinary action.”

However, just a few days on, and the party’s rigid secrecy around its state council email addresses has again been tested.

One of the nine nominees for the four vacant Vice-President positions at this weekend’s long-awaited AGM – at which the Right will be hoping its recruiting zeal will bear fruit – has sent out a plea for support to the 200-odd members of state council.

The problem is, the candidate – Joe Fernandes – initially opted not to post the recipient’s email addresses in the ‘Blind Carbon Copy’ segment of the email template – meaning that everyone who received his CV also received a full list of state council email addresses.

Fernandes told InDaily he had initially assumed “everybody in the party needs to know everybody”, but was advised to recall his initial email and resend a corrected version.

But the episode has again highlighted the difficulty in keeping membership lists under wraps when they’re already in such wide circulation under existing rules.

“Members have an implied right to communicate with each other… unless the party says they can’t and treats its own information confidentially,” said one insider.

“Handing out lists to members will inevitably mean these contact details are in wide circulation between members [so] any argument that the information is really confidential fails every time there is an email like this.”

Former party president, now MP, Steve Murray said he was “not surprised” by the latest breach.

“It’s an understandable mistake and to be expected if you hand these lists out to people,” he told InDaily.

Fernandes – who is not running on one of the Right or Left tickets for the vice-presidency – said he would “like to see people raising any issues they have” with him and noted he was pleased to share his CV with all party members, saying: “Everything I’ve achieved I’ve worked very hard for it, and with the help of God.”

That includes an intriguing talent that raised some eyebrows among the party faithful.

He lists his hobbies as “attending Church, going to the gym, sports, studies, engaging with the general public and counselling the most vulnerable citizens”.

But he also emphasised a skill that will hold him in good stead for addressing the insoluble puzzle that is the SA Liberal Party: he “can solve Rubik’s Cube in six minutes”.

Sadly, VP candidates are only given five minutes to take questions at the AGM, but some in the party are privately musing that the allocated time should be extended to test Fernandes’s claim.

An unauthorised anti-mask, anti-vax, anti-lockdown protest in the city today had the ironic consequence of effectively locking down state parliament.

Despite SA currently boasting a relatively light level of COVID restrictions compared to Victoria and New South Wales, several protesters nonetheless gathered on North Terrace to complain about them – with some even attempting to scale the fence of Government House and others seeking access to Parliament House. 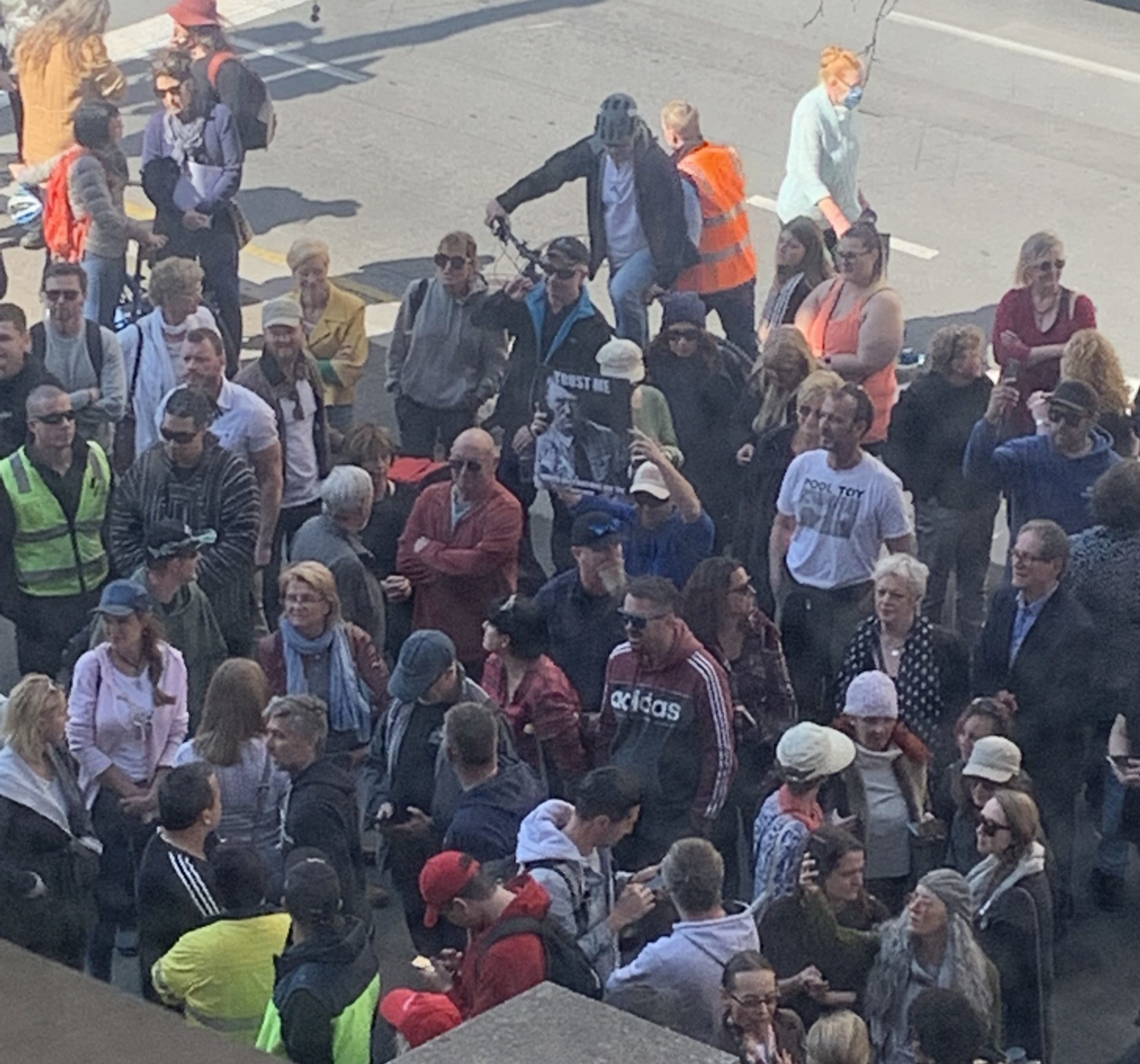 “Due to an unauthorised protest happening today on the steps of the Parliament, and a security threat posed by the protest group, we advise that all [but one] entrance to the Parliament building will be closed and locked from 11.00am this morning until further notice,” it stated.

“Thanks for your assistance in this matter.”

There was more parliamentary drama last Thursday when an ambulance had to be called for a public servant who collapsed while addressing a Public Works Committee hearing.

Things got off to a rocky start when the witnesses attempted to extol the virtues of the urban greening, only for Labor committee member Tom Koutsantonis to question the legality of the Government’s expenditure on the project thus far.

“My concern here is that you spent $3.6 million on a $12 million project without any legislative approval, and the act is clear — you can’t,” he told the pair.

“So I am not sure on what basis you proceeded.”

He insisted “the legislation is clear that any works above $4 million cannot proceed until the parliament considers a report of this committee” – which it hadn’t.

Pelton responded that the project had been proceeding “under the approval of our minister”, David Speirs.

That prompted another rejoinder from Koutsantonis: “I don’t know what to say, to be frank.”

Things continued in this vein, when – according to eyewitness reports – Pelton suddenly fainted.

An ambulance was called and – in a boon for the beleaguered health system – arrived in quick turn.

The minister’s office has confirmed the bureaucrat is now on the mend, but did not comment further.