The Greens are looking for a new state director, with long-time office-holder Dominic Mugavin notifying members he was walking away from the role.

“We know that the climate is in crisis, inequality is growing, Australia is becoming a meaner, less caring place, and the major parties are disinterested in changing this for the better,” he wrote in his members’ missive.

“We deserve better from them. A better world is possible.

“Unfortunately, I am discontinuing my employment with the Greens effective immediately.”

Mugavin declined to comment on his decision to InDaily, but his email emphasises that “we ask a lot of the staff our party employs, and we need to continue to work on protecting and supporting them”.

“Taking care of our people is important in how we build and grow,” he wrote.

“I encourage members to also consider what grassroots democracy looks like in practice – how we ensure members are involved in strategic decision making, while also holding party decision makers to account.”

His advice to the party on the election front was to “be bold… lean into our values, pillars and brand [and] not run away from them”.

“This means telling the truth around big corporations and their oversized influence on politics, but it also means recognising that power is corrupting, and if we think we are above that, we risk allowing ourselves to go in the wrong direction,” he went on.

Mugavin, a West Torrens councillor, said he was “not sure what is next for me but I have some thoughts on important campaign areas I think are being neglected in the public debate that I am keen to work on”. 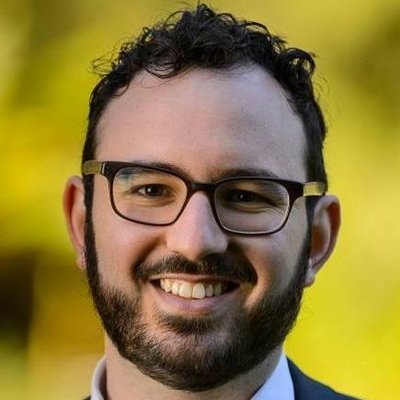 No-one in the party approached by InDaily wanted to comment on the reasons for Mugavin’s abrupt departure – though newly-installed MLC Robert Simms declared him to have been a “fantastic asset to the party who has made a really big contribution”.

His departure follows recent preselection campaigns for upper house seats in both federal and state parliament.

Those contests were marked with internal division, with one state hopeful – former senior staffer to ex-MLC Mark Parnell Cate Mussared – taking to Facebook earlier this year to complain about the process that saw her miss out on the winnable number two spot of the Legislative Council ticket.

“Due to a number of issues I experienced during the preselection process, I lodged an appeal [with the panel] finding that I was unfairly disadvantaged and that the results of the ballot… were not sound,” she wrote, as reported by the ABC at the time.

A run-off ballot was recommended, but that decision was “overridden” by state council, Mussared argued.

“While I could say a lot more about the party’s processes, decision-making and internal culture, I will refrain from doing this here and doing it publicly,” she went on to say.

“Needless to say, this has been a great disappointment for me and not an experience that I’d like to go through again.”

If Greens preselections can get messy, they’re nothing compared to the continuing saga of the ALP’s search for a candidate in its safest SA federal seat of Spence.

InDaily reported last week that preselection hopeful Alice Dawkins had stunned party HQ with a legal letter, threatening Supreme Court action over alleged “serious issues” with the election process, whose rules she slammed as “oppressive, anti-democratic, and inconsistent with the stated objectives of the ALP of encouraging rank and file participation in the preselection of candidates”.

The ‘Labor Unity’ Right faction that controls the seat has already endorsed Transport Workers Union official Matt Burnell for the plum preselection, and party rules mean that in a contested ballot the union bloc, statewide sub-branch delegates and rank-and-file members in Spence each account for a third of the overall vote.

That means Dawkins would need to woo the vast majority of ordinary party members (around 250 all up) in Spence, while hoping a few of the unions and factional appointees break ranks in her favour.

Meanwhile, the legal machinations go on, with Dawkins appealing to the party’s national executive, while alleging in a new letter from her lawyer Greg Griffin that party insiders have been backgrounding members against her.

The letter claims the party’s position is that Dawkins was “dishonest” about claiming to have held party membership since 2008.

She says it lapsed briefly in 2012 while she was overseas, and she held membership as a student in the ACT.

“It’s just such an easy thing to address, right?” she tells InDaily.

“They could just ask me.”

Griffin tells the party, via its lawyer Adrian Tisato, of “our well placed concerns that your client was attempting to use completely unacceptable tactics to require a response from Ms Dawkins”.

“Your letter, to be quite frank, is more of a manifesto extolling the virtues of the ALP as opposed to addressing the matters of concern to our client,” he goes on.

Griffin asserts that if National Executive give the state party the green light to carry on with the preselection as planned “then we are at liberty to issue proceedings in the Supreme Court of South Australia to challenge that position”.

Dawkins tells InDaily: “What’s becoming overwhelmingly apparent is the full weight of the machine is descending on me because I’m upsetting years of careful deals – deals done out of sight from rank and file membership.”

“The discrediting campaign has targeted rank-and-file members and even warned them off meeting me or talking to me in the first place… [calling me a] ‘troublemaker’ and ‘bad for the party’.

“More and more are coming forward now and realising that something’s off about that narrative.”

She said there was an “imbalance of power going on here”.

“I’m just one person, at the beginning of my career, who has really just got a few ideas I think are timely for public policy – and I’m coming up against the weight of this machine which seems completely intent on crushing me and grinding me to a pulp,” she said.

“The undermining of integrity, false allegations that I’m dishonest – that’s something that really sticks with me.”

If nothing else, there’s some political symmetry in SA at the moment, with the Libs also enduring ongoing internal dramas.

As reported by InDaily, a Right-faction recruitment drive targeting Pentecostal Christian communities to bolster the faction in the wake of divisive votes on social issues such as abortion and voluntary euthanasia was halted recently when the moderate-run state executive voted to put a freeze on new recruits and investigate recent admissions.

At last night’s executive meeting, that sledgehammer manoeuvre ended not with a bang but a whimper, with the party green-lighting all the new applicants except two, who sources say will be further investigated and could yet still be admitted.

The party’s state director Sascha Meldrum today said only that “the Party continues to act to ensure that proper process is followed, the integrity of the Party’s Constitution is upheld and memberships are valid”.

“Ongoing investigations and proposed constitutional changes are internal matters that we won’t be publicly commenting on,” she said.

One Right-aligned source said the moderates had “done the graceful dismount that the Right was hoping for”.

“It’s a good outcome for the Right,” they said, before adding that if it “became the status quo that you could just shut people out without any evidence or due process sat all… that’s bad for everyone I think”.

In the end though, the party’s effectively back to square one.

Those that held concerns about the influx of Evangelical-based members with ultra-conservative policy agendas still hold those concerns, and the recruitment drive has been buoyed by the resulting fallout – and newfound state executive-endorsed legitimacy.

“Certainly the conservatives will continue doing what we were doing – if anything, it’s ignited the conservative base even more,” the source said, noting “the damage [the investigation has] done in marginal seats as well”.

“It’s alienated vast swathes of people – I’d be pretty shitty if I was a marginal seat MP.”