When the crowds are gone

Let’s call it a ‘phantom announcement’.

On Monday, Steven Marshall fronted the media with some unpleasant news – SA was reimposing certain coronavirus restrictions, with a ten-person-per-home cap on gatherings and the service of alcohol limited to seated patrons at licensed venues.

He also flagged further changes the Government was considering – but, he hastened to add, “we don’t have anything to announce today”.

“We’re looking very closely at the density arrangements for our licensed venues,” he noted.

“We don’t have anything to announce today but we’re going to be looking very carefully at the number who attend our football matches here in SA.”

Asked to elaborate, he explained that “what we’re doing is working with the Stadium Management Authority and we’re looking at revising their COVID Management Plan down”.

It was “likely”, he said, to “rest [at] around 10,000 outdoor spectators, plus a number of people in venues that are contained at the Oval”.

Oddly, however, this vague premonition manifested into reality within 24 hours, with Port Adelaide Football Club yesterday advising members “that all 10,000 tickets to Saturday’s Round 11 game vs Richmond at the Adelaide Oval have been exhausted”.

“The reduction in capacity at Adelaide Oval to 10,000 spectators was part of the State Government’s restrictions against the spread of COVID-19 announced yesterday,” the Power said in a media release.

Except that, of course… it wasn’t.

Port told InDaily the club was acting under instruction from the SMA, on which basis tomorrow’s release of tickets by the Crows for next Tuesday night’s game against Collingwood will also be limited to 10,000.

“SA Health has made the decision to further reduce the capacity at Adelaide Oval for this match, so there will be approximately 10,000 member seats available,” the Crows told members today.

The SMA appears to have advised both clubs of the reduced cap under instruction from SA Health, telling InDaily in a statement: “We continue to work with SA Health to revise our COVID-19 event plan ahead of this weekend’s games where a capacity of 10,000 plus corporates will apply.”

Make of that what you will…

Of course, it’s hardly the biggest fish we as a state have to proverbially fry in these uncertain times, but crowd numbers at Adelaide Oval appear to have become almost an abstract concept these days.

In June, when the reintroduction of significant crowds was first announced, Marshall stated that major event organisers – including the SMA – would be able to submit COVID management plans to convince authorities they can operate at 50 per cent capacity which, he said, for Adelaide Oval “could be 25,000”.

In that context, recent attendances have looked decidedly insipid.

A counting gaffe during the Crows’ loss to St Kilda last month saw that game’s figure revised from more than 18,000 down to just 13,579.

SMA can confirm a revised attendance for Crows v Saints match of 13,579.

This revised figure is the result of discovery of unfortunate errors in our calculations. This has been communicated to SA Health, AFL, AFC and SAPOL to whom we have apologised for any inconvenience.

Port Adelaide’s own figure for its Monday night showcase against the Western Bulldogs – which cemented its position atop the AFL ladder – was 14,159.

Bizarrely, that’s just 10 fewer than it got against the same team at Adelaide Oval in its late-2011 nadir.

But Marshall himself declared that despite his own sort-of-announcement in June, “we’ve never been at 25,000” capacity.

So that’s all clear then.

The coronavirus pandemic may have curtailed much about SA life, but fortunately Labor’s internal machinations have continued apace.

The dominant Right faction, Labor Unity, and its slightly less-dominant opposite number, PLUS [Progressive Left Union and Sub-Branches], together control the vast majority of the party, dividing the spoils of preselection and merrily doing deals to determine the policy platform.

There’s been a standing tradition for members of the Left to jump ship to the Right, a custom honoured in recent years by the likes of Steve Georganas, Tony Piccolo, Lee Odenwalder and Jo Chapley, with the faction also doing deals to bring refugees from the old so-called ‘Duncan Left’, such as Russell Wortley, Robyn Geraghty, Gerry Kandelaars and Jon Gee into its fold.

The Left has been dealt a new blow in recent weeks, with the caucus’s sole Australian Workers Union representative Justin Hanson formally signing on with the Right.

“I’m now a [Labor] Unity member,” he confirmed to InDaily.

“I asked [and] they were happy for me to join.”

Left convenor Karen Grogan declined to comment, on the basis that Hanson has “never been a member of PLUS”.

However, Hanson and his union have traditionally voted with the Left and backed the faction at convention. 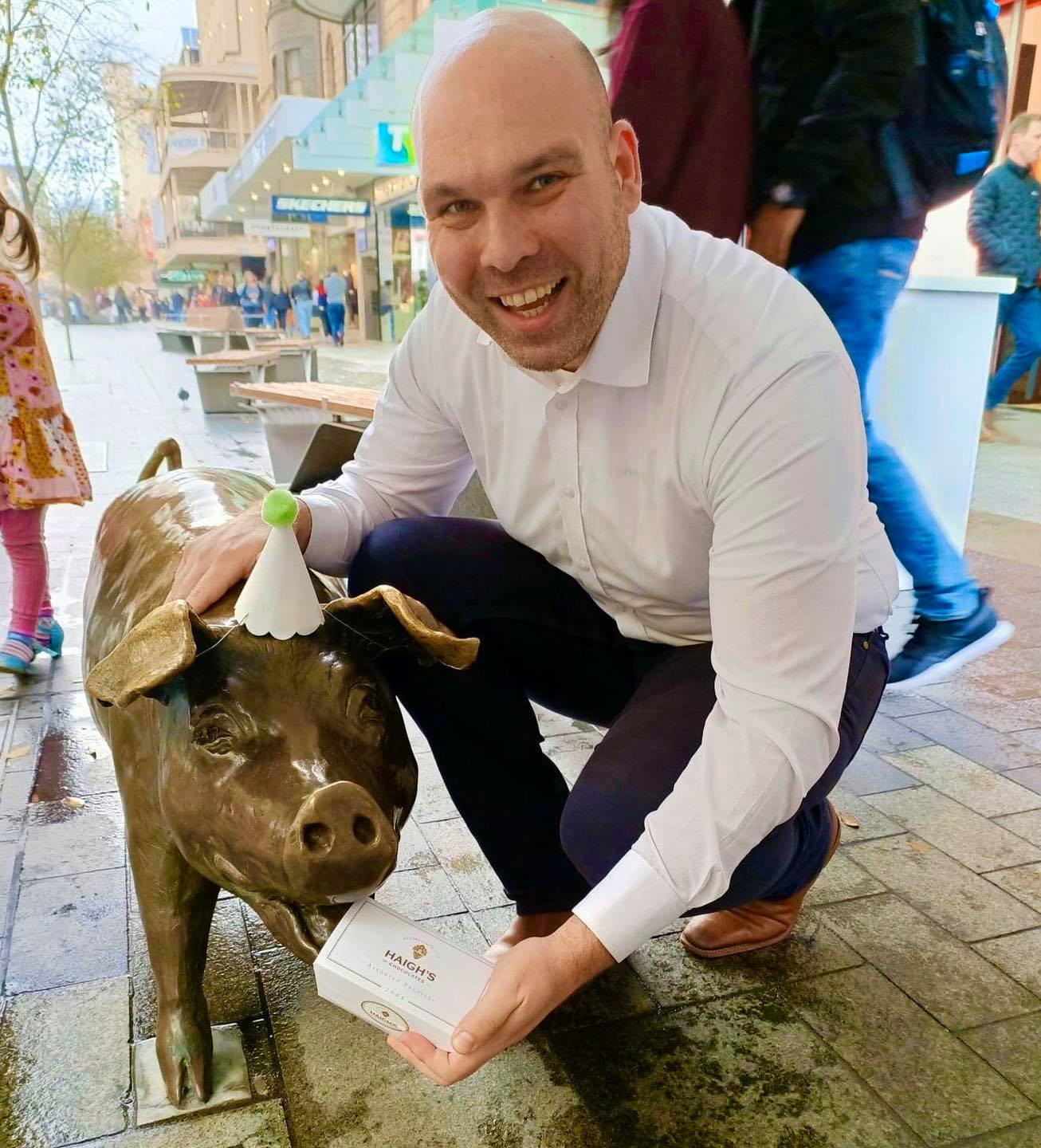 Party insiders said the move could gift the Right an extra nine delegate votes, increasing its stranglehold on preselections – although AWU secretary Peter Lamps insisted the union “has never formally been a member of either the Right or the Left”.

“Whilst the union may have supported a particular faction, it’s never been a member – we’ll form relationships, not so much partnerships… groupings that we see assist us in meeting the best outcome for our members,” he told InDaily.

“Justin has decided to go down that path – as you’d expect the union to do, we’ll support him in that decision… I understand the reasons why he’s done that [and] I would imagine there’ll be some requirements as far as voting is concerned.”

It’s an interesting move, given Hanson was handed a winnable Upper House seat at the last election on the back of a factional deal designed to increase the Left’s influence in state parliament – after his initial rubber-stamping for a casual vacancy prompted a protest from the party’s Hard Left.

But insiders say he’ll have had to overcome an antipathy with the Right faction dating back 20 years, when Unity ran a campaign to usurp his Dad Wayne when he was state secretary of the AWU.

Another factional adversary (or ally, we can’t really keep up) suggested an even simpler motive for the defection: “He’s looking to save his arse for a second term.”