There are more changes at the state’s embattled urban renewal agency, Renewal SA.

McDowell, who evidently boasts a way with words, has held a host of leadership roles, including as Chief Executive of BAE Systems Australia and as Chancellor of the University of South Australia, before his recent appointment as Steven Marshall’s permanent replacement for sacked DPC boss Don Russell.

Chartered accountant Tragakis is the former Chairman of Partners for KPMG in SA, and currently runs his own advisory firm east2. He is also a prolific tweeter.

The pair will replace the late Geoff Knight, the former high-ranking bureaucrat who died after illness last month, and development consultant Bob Boorman, who quit the board earlier this year.

Renewal SA has had its share of drama of late, with two of its four executives taking sudden and unexplained leave in September.

Knoll told InDaily the new appointments “further enhance the board’s credentials and knowledge”, with both men bringing “a huge amount of corporate experience across many industries”.

Insiders say Tragakis is tipped to take over as chair once Pike’s term expires.

The blast of wintry weather in Adelaide this week has added to the nostalgia for a few Liberal true believers, as they mark a quarter of a century since their biggest election victory.

In the wake of the State Bank collapse – and on a similarly unseasonably wet December day – the then-Labor government was decimated at the ballot-box by an angry and demoralised electorate, with Dean Brown’s government sworn in 25 years ago today.

Brown told InDaily he would be joining past and present Liberal ministers at a celebration tonight to mark the occasion, organised by Deputy Premier Vickie Chapman, whose father Ted was one of Brown’s key confidants. 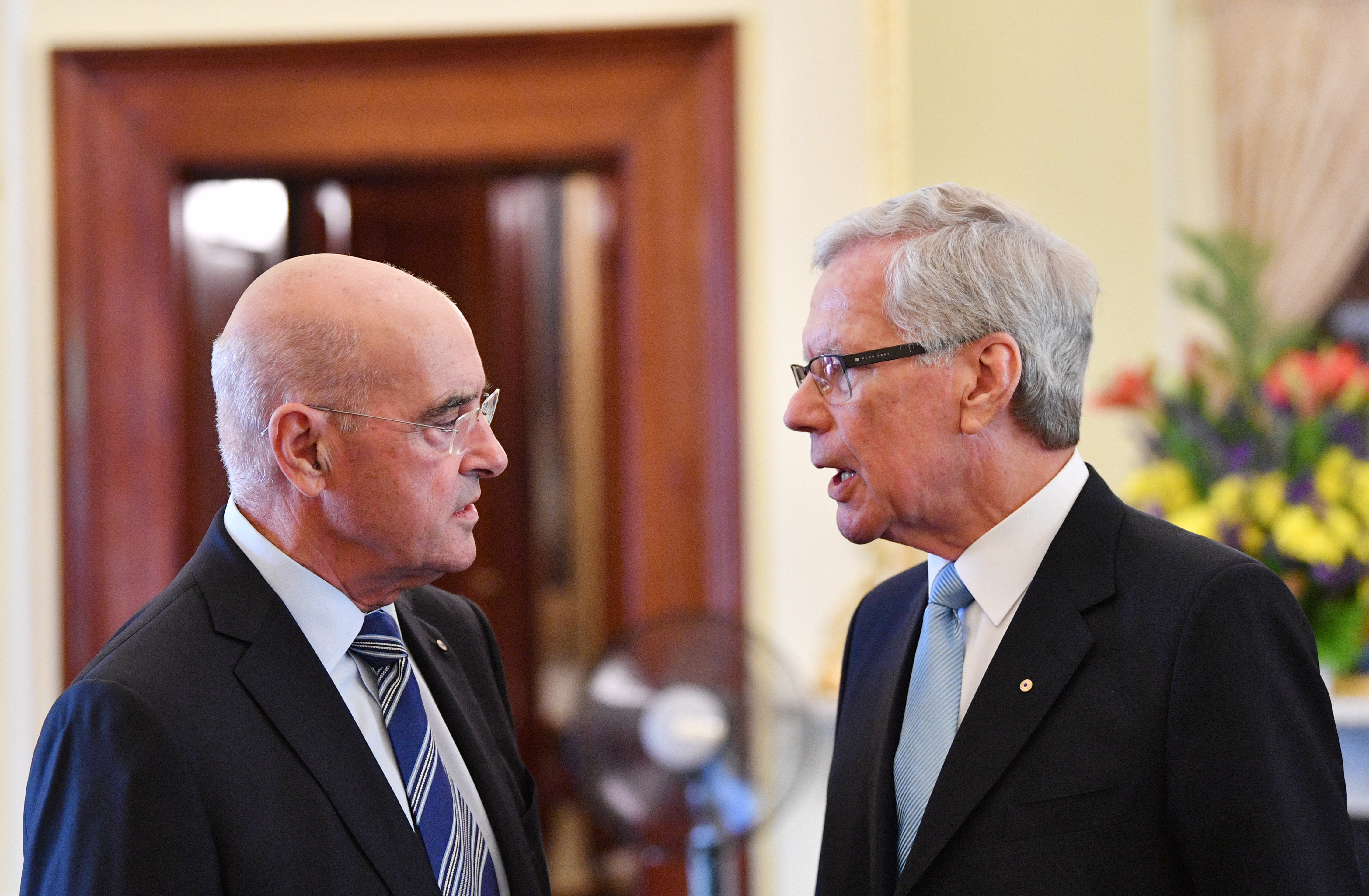 Brown led the Libs to a remarkable 60.9 per cent two-party vote, taking 37 of the 47 seats in the House of Assembly.

However, he recalled today “the mess we were left with – the State Bank, SGIC, Beneficial Finance, the economy – our very high unemployment and a very significant debt”.

But he noted the importance of “the fact we set out with a very clear plan”.

The mood will be buoyant after a big week for the Libs, with major announcements on Whyalla and an SA-based space agency.

Brown, however, isn’t one for self-promotion – a point emphasised by former staffer and journalist Christian Kerr in a Facebook tribute last night.

“It is 25 years since a wise, good and humble man – maybe a bit too humble – was entrusted with the job of premier of South Australia by an overwhelming majority of the people of the state in daunting conditions,” Kerr wrote.

“The state remains the ugly duckling of our federation [and] I fear it may flag before it ever flies… but it has had some great leaders from both sides of the fence, backed up by conscientious and hardworking ministers.

“Dean is a self-effacing man who has always concentrated on the job at hand rather than glory, but his efforts must not go without recognition.”

And indeed they didn’t, with several commenters chiming in with their own reflections.

Celebrity chef Ian Parmenter noted that “it was because of Dean Brown and John Olsen that we got Tasting Australia off the ground in 1997”, remarking that it is “still the best food festival the country has ever hosted!”

Sue Lawrie, a serial Liberal candidate and Pyne staffer, pointed out this week’s “wild, wet and windy” weather – “exactly like that day 25 years ago”.

The most telling contributions, however, came from a couple of Labor luminaries, with current frontbencher and party powerbroker Tom Koutsantonis commenting: “I always had time for Dean, he is a good man.”

That was followed by a statesmanlike reflection from the man who stepped in to lead Labor to its most bitter defeat – former Premier Lynn Arnold, now an assistant priest at St Peter’s Cathedral.

“Someone reminded me this week of this anniversary,” he wrote.

“A quarter of a century! How time flies. Dean was a worthy successor.”

Who’s advising Transport Minister Stephan Knoll on The Overland debacle? Quite possibly, someone with an intimate knowledge of how the historic service has chugged into trouble.

Knoll was like the cat that ate the cream this week when the Victorian Government stepped in to save Australia’s oldest city-to-city passenger rail service – the Overland connecting Adelaide and Melbourne.

Knoll, fast emerging as the State Government’s keenest budget slasher, had decided against continuing a subsidy for the service which has operated at a loss for many years.

The annoyed Victorian Labor Government stepped in to fill the breach – at least for the next 12 months.

Knoll welcome the move on Twitter: “SA taxpayers shouldn’t subsidise this service and people need to vote with their feet and use the Overland if they want it to continue!”

Labor said that was “pathetic”.

One wonders what advice he has been receiving from his newly-minted department boss, Tony Braxton-Smith.

Braxton-Smith has much experience in the travails of The Overland – he once ran it as boss of Great Southern Rail.

In 2005, he led the charge to secure a new funding agreement with then Labor Transport Minister Pat Conlon.

As a result of this pitch to Cabinet, The Overland secured Government funding and changed to a daylight service.

He also pushed a cunning plan to make the subsidy a zero-sum game for Government (kind of…).

“In relation to funding, we note that over the next five years the total sum is approximately the same as the amount we will pay your department on the ground lease of Keswick…,” he wrote to Conlon. “Should it be convenient, we will be pleased to consider an agreement offsetting one against the other.”

Maybe a similar level of creativity is needed today.

Steven Marshall had one of his best moments as Premier this week when he was joined by PM Scott Morrison to announce that Adelaide had won the right to host the Australian Space Agency.

Morrison said it had been was the Premier’s powers of persuasion – over and above anything and anybody else – that won the day for SA.

“It was Steven Marshall,” said the Prime Minister, met with laughter from the assembled press pack and others.

He added: “When we first started discussing this and we were putting out all the states, Steven Marshall had one message to me when it came to the space agency, which was ‘beam me up, Scotty!’”

Marshall, for his part, repeatedly thanked the PM for choosing South Australia and expressed sincere gratitude to all involved in the campaign to convince the feds to let us have it.

Well, not all involved.

Regardless of the origins of its conception, the Australian Space Agency has very big ambitions for a very small office.

By coordinating, licensing, regulating and assessing space-related activities, and identifying “opportunities”, the agency is tasked with indirectly creating 20,000 jobs and tripling the value of the Australian space industry to $12 billion.

The Advertiser on Wednesday.

The annual budget of the National Aeronautics and Space Agency is $19 billion, and growing.

While having a different role to many of them, the Australian Space Agency will also be relatively quaint in comparison to other publicly-funded space agencies across the globe.

Agencies representing Russia, Germany, France, Japan, Italy, China and India each boast budgets in the billions of US dollars.