Besides a brace of Upper House MPs, for many South Australians, the enduring legacy of Nick Xenophon’s ill-fated foray into the March state election remains the annoying ear-worm that was his shortlived Bollywood-style campaign video.

The pop-rap crossover exemplified both the party leader’s casual, tongue-in-cheek style and his terrible musical prowess.

But many pundits argued his tin ear wasn’t just for melody, suggesting the 20-year political veteran had misread the electoral mood.

As it turns out, the Indian-tinged but locally-focussed jingle may have had its origins more than 16,000km away, in a jokey 2010 city council election campaign in Reykjavík, by Besti flokkurinn – Iceland’s own ‘Best Party’.

“He found this particular video and showed it… and said he’d like something along these lines,” Griff recalls.

Indeed, so enraptured was Xenophon by the clip, it’s understood he even sought the help of US-based Adelaide entrepreneur Shane Yeend to try and secure the rights to use the same song on which the Nordic version was based – The Best, popularised in 1989 by Tina Turner.

It was originally recorded a year earlier by Bonnie Tyler of Total Eclipse of the Heart fame – although there is an Aussie connection – it was co-written by Queensland-born producer Mike Chapman.

Yeend has not responded to inquires, while Xenophon is continuing his post-election media silence (or sulk, as the case may be) and refused to comment.

Either way, the planets didn’t align for Nick and Tina, but there’s still plenty of the Icelandic influence in the SA Best ‘Bollywood’ version – not least the chorus, in which an ensemble of enthusiastic candidates join in for the refrain.

Like his Icelandic counterpart, Xenophon was noted for his zany stunts. Photo: Tracey Nearmy / AAP

You can see why the Icelandic political crew would have resonated with SA’s Mr X – who was well known for his prankish stunts over his time in both state and federal parliaments.

The party was helmed by Jón Gnarr, a well-known Icelandic comedian, who appeared to go into politics as a joke only to find himself serving a four-year term as mayor after garnering 34.7 per cent of the vote (he did not seek a second term).

Funnily enough, it was exactly a year ago next month that a now-infamous Newspoll gave Xenophon a very similar primary vote, prompting his campaign to expand well beyond its capacities.

It’s unclear whether Gnarr’s influence extended beyond the jingle – certainly one could see policies such as “free towels in all swimming pools”, “a polar bear for Reykjavik zoo” and “a drug-free parliament by 2020” fitting comfortably into a Xenophon manifesto.

Unfortunately for Xenophon, his Tina Turner-inspired campaign ultimately went down with SA voters about as well as David Brent’s take on the same theme:

But whether Besti flokkurinn provided the template for the name SA Best itself is unknown.

MLC Frank Pangallo, who was then Xenophon’s media adviser and confidant, says the then-senator was wedded to the new moniker.

“He rolled off this thing – ‘SA Best, forget the rest’,” he recalls.

“He was talking about the state party change of name [from the Nick Xenophon Team], and I knew he didn’t want his name attached to it [but] I encouraged him to keep it. I said, ‘the party’s you – you’re the leader.’”

“We had a discussion about how that may come across [but] I had no idea of the origins of it… he was determined for the name to be used, and so everybody in the management committee at the time went along with it.”

As for the Bollywood jingle, Griff says, “that only ran [on TV] for about a week – it was 100 per cent about social media”.

“But it kind of had a lasting impression,” he says.

Despite many pundits citing the ad as a culprit in the failure of the SA Best campaign, Griff insists it actually “dramatically lifted the vote”, if briefly.

“The week prior to that was when we inadvertently made an announcement and underquoted the health budget… we knew from polling that the vote dropped dramatically [after that] but then ‘Bollywood’ started and we recovered the majority of the drop,” he recalls.

“Then Bollywood stopped and it went back into a bit of a decline.”

He says the jingle and its comical style was “very, very, very strong with younger people”.

“It kind of served its purpose, of being able to break through and get a whole lot of free coverage,” he says.

“Some people loved it, others hated it – but it certainly had a positive impact on the vote…

“It definitely did have a good kick… but it didn’t go long enough.”

While the Nordic influence was a well-guarded secret at the time, it was noticed by banking doyen Peter Hanlon, who was making a documentary about the Xenophon campaign – and who had previously found critical success with an earlier film about Icelandic politics!

Hanlon tells InDaily he mentioned the similarity to Xenophon “as I think it’s a clear copy, or at least a good facsimile”.

“He just smiled at me in answer,” he said.

Still, Xenophon is no Robinson Crusoe when it comes to appropriating a foreign marketing gimmick and making it his own.

It certainly touched a nerve. As Michelangelo Rucci wrote in The Advertiser at the time: “The video emphasises Port Adelaide is more than a long-standing football club (since 1870), more than a location and much more than ‘an AFL brand’ in the era of sporting franchises… it is also a community and it is an ambition that has taken Port Adelaide from the suburban SANFL to the national AFL and now the international adventure in China.”

But it was soon pointed out on social media that the two-minute clip, extolling the unique heritage of the club and its people, owed more than a little to an earlier viral marketing video by English Premier League giants Liverpool.

While the cadence and style of the two commercials are strikingly akin, some passages are more or less verbatim – particularly the denouement deriding their respective opponents: “They have their chants; we have our anthem… they have supporters, we are a family; they have a stadium; we have a home.”

“We get great inspiration from stuff that happens across the world,” he says.

“What Liverpool do and stand for as a club, and the connection the fans have with the club… the fact they’re a local club in a global business… that’s something we aspire to.”

The links between the Power and Anfield are not new: in 2012 the AFL club recruited Liverpool’s fitness guru Darren Burgess, who played an inadvertent but instrumental role in inspiring Port’s notable ‘Never Tear Us Apart’ pre-game conceit.

As CEO Keith Thomas recounted in 2015, Burgess facilitated a post-season pilgrimage to Anfield, Liverpool’s home ground, where the crowd famously chants “You’ll Never Walk Alone”, an old Rodgers and Hammerstein show tune later made famous by Gerry and the Pacemakers in the 1960s.

“We as a team went to Anfield in 2012, and the players came out of that experience thinking it would be fantastic to come up with a similar song to get to Adelaide Oval,” Thomas recalled.

Richardson says he thought the language in the Liverpool ad would “resonate with our people”.

“The overwhelming response from our people that probably hadn’t seen the Liverpool thing was the language, for Port Adelaide people, was actually really authentic,” he says.

Close your eyes and imagine… Port Adelaide is talking to you

“We understand some people would have seen the Liverpool thing, but that’s fine – it’s more about our people being able to connect with it.

“For us, after falling short of our people’s expectations onfield in 2018, we were looking for a way to start our 2019 campaign in letting people tap into those things now [and] connect with what it meant to be Port Adelaide.”

Port, conspicuously, amended the Liverpool tagline – ‘This Means More’ – to finish with ‘We are Port Adelaide – always have been, always will be.’

“That’s where we were trying to head with it… we’re always trying to tap into the emotional connection we have with members and fans,” Richardson says.

“But at the same time, it was… very much a renewal focus with our existing members, just the start to our campaign.”

Richardson says the ad was “all done in-house, through our marketing team”, and the club is always looking outside its backyard for inspiration.

“We watch what happens around the world – even, for example, ‘We Are Port Adelaide’… that comes back to authenticity and meaning in what we’re doing, and has a specific meaning for our club; but at that same time, Chelsea and other clubs use that same expression.” 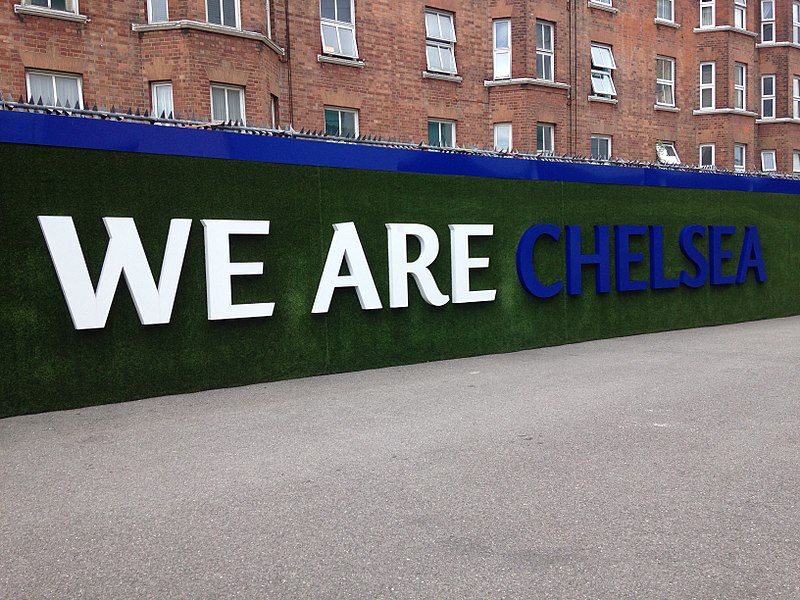 With Liverpool though, Port feels a certain kinship – at least in a marketing sense.

“I think it comes back to the people – the fans, our members and our supporters,” Richardson says.

“There’s a symmetry in working class people and the pride they have in their club.”

There’s one notable distinction though – the Liverpool original is narrated by the familiar German lilt of manager Jürgen Klopp, whereas the Power’s homage carries the voice of an anonymous Port elder. 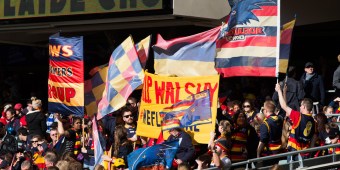 Flying As One: How tragedy forged a marketing phenomenon

Richardson says it was a deliberate move that the club didn’t hand the job to coach Ken Hinkley, insisting the narrator is “a very authentic Port Adelaide person” who grew up in the area, but as to their identity: “I don’t want to let out the secret.”

“One of the things we tried to do is you close your eyes and imagine Port Adelaide, as if Port Adelaide is talking to you – what does it sound like?

“We were trying to find that voice… and I think we achieved that pretty well.”