The A-G and the ICAC Act

Shortly after the hearing concluded, Attorney-General Vickie Chapman sent out a statement on the matter, on general release to media.

InDaily was given legal advice not to publish the statement.

Around an hour later, Chapman’s own office contacted various media outlets to advise them that they should not, in fact, publish the statement that they had themselves put out.

For the record (again), this was what Chapman’s statement said:

“I have enquired of the Independent Commissioner Against Corruption, Mr Bruce Lander QC, as to whether there is any further information that can be made available on this matter. He confirmed that there is not.

“The Commissioner at this stage will not be making a public statement on the matter.”

Out of interest (and some bewildered amusement), InDaily’s legal advice was that this was all we could originally publish of the statement:

“I have enquired of the Independent Commissioner Against Corruption, Mr Bruce Lander QC, as to whether there is any further information that can be made available on this matter. He confirmed that there is not.

The Commissioner at this stage will not be making a public statement on the matter.”

Today, at a separate media conference, Premier Steven Marshall was asked whether Chapman herself contravened the secrecy provisions of the ICAC Act by releasing her statement.

“I wouldn’t think so,” Marshall replied.

“Vickie’s a very capable Attorney-General – I’m sure she sought advice before she made any comment.”

He suggested further questions should be directed to the ICAC Commissioner.

UPDATE: The Commissioner responded to questions from InDaily after this article was published. His response is detailed HERE. 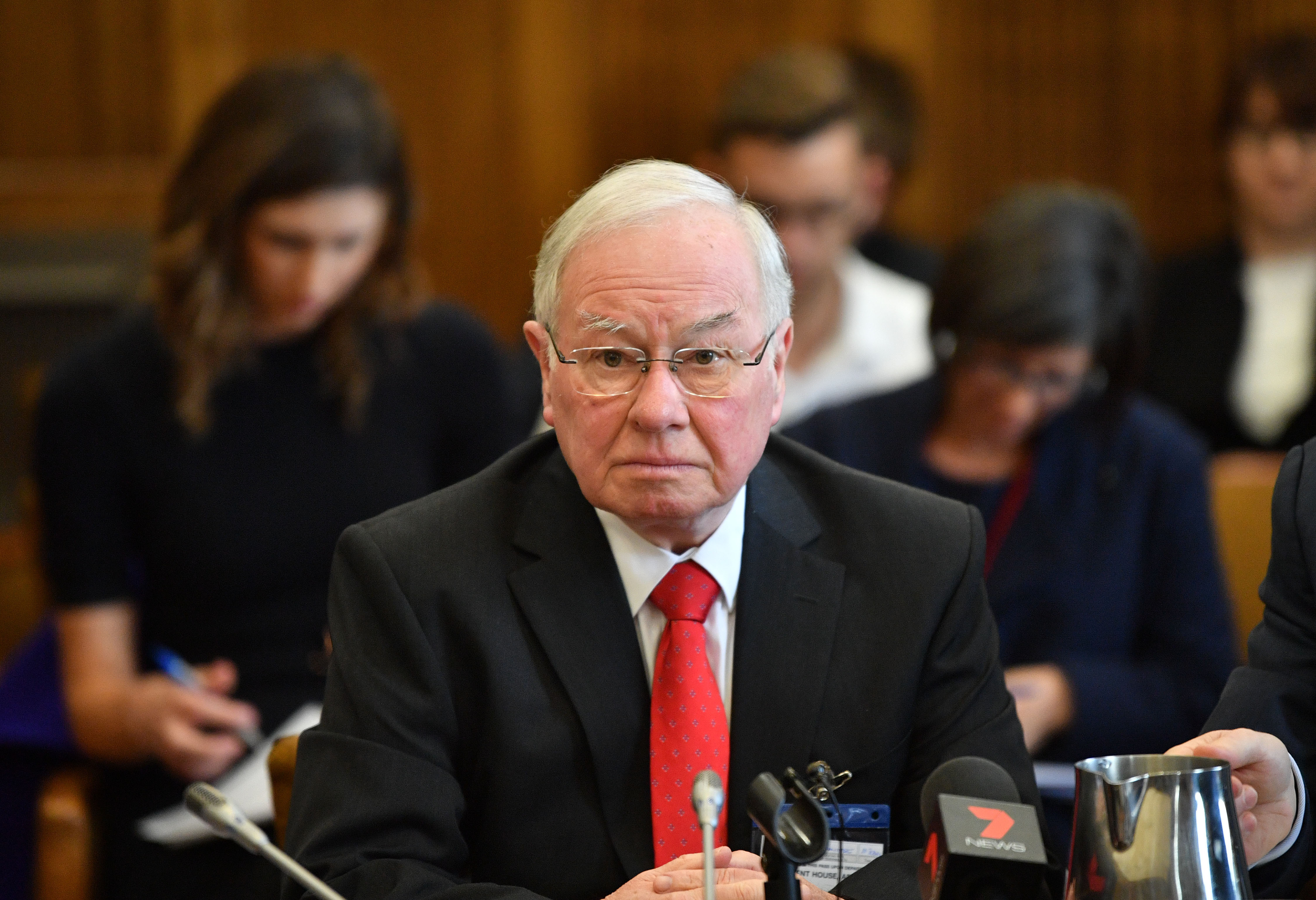 Harry Potter Night in the Chamber of Secrets

It took a bit of diplomatic wizardry, but the notoriously staid Parliament House was (briefly) transformed into Hogwarts School for dozens of children earlier this month, hosting its inaugural ‘Harry Potter Night’.

The bipartisan event, which saw MPs invite their families as well as local constituents for a costume-themed night of fun and frivolity in the corridors of power, was the brainchild of first-term Labor MLC Emily Bourke.

“I get to host lots of school tours through parliament and every kid that comes through comments that it looks like ‘Harry Potter’,” she told InDaily.

Driven by a desire to throw open the doors of the nominal ‘People’s House’, Bourke, who is chair of the ‘Friends of the Parliamentary Library’, thought “why not encourage kids to come in and have a Harry Potter night?”

“It sort of began as an event to allow MPs to see their families on a sitting night, but then I thought ‘why not just open it up to everyone, and enable the community to come in as well?’” she said.

The invite for the event.

InDaily has been told there was some Voldemort-like opposition from some quarters of the parliamentary administration, with one insider blaming “cultural resistance” to the notion of having hordes of aspiring wizards invade – and on a sitting night, no less! 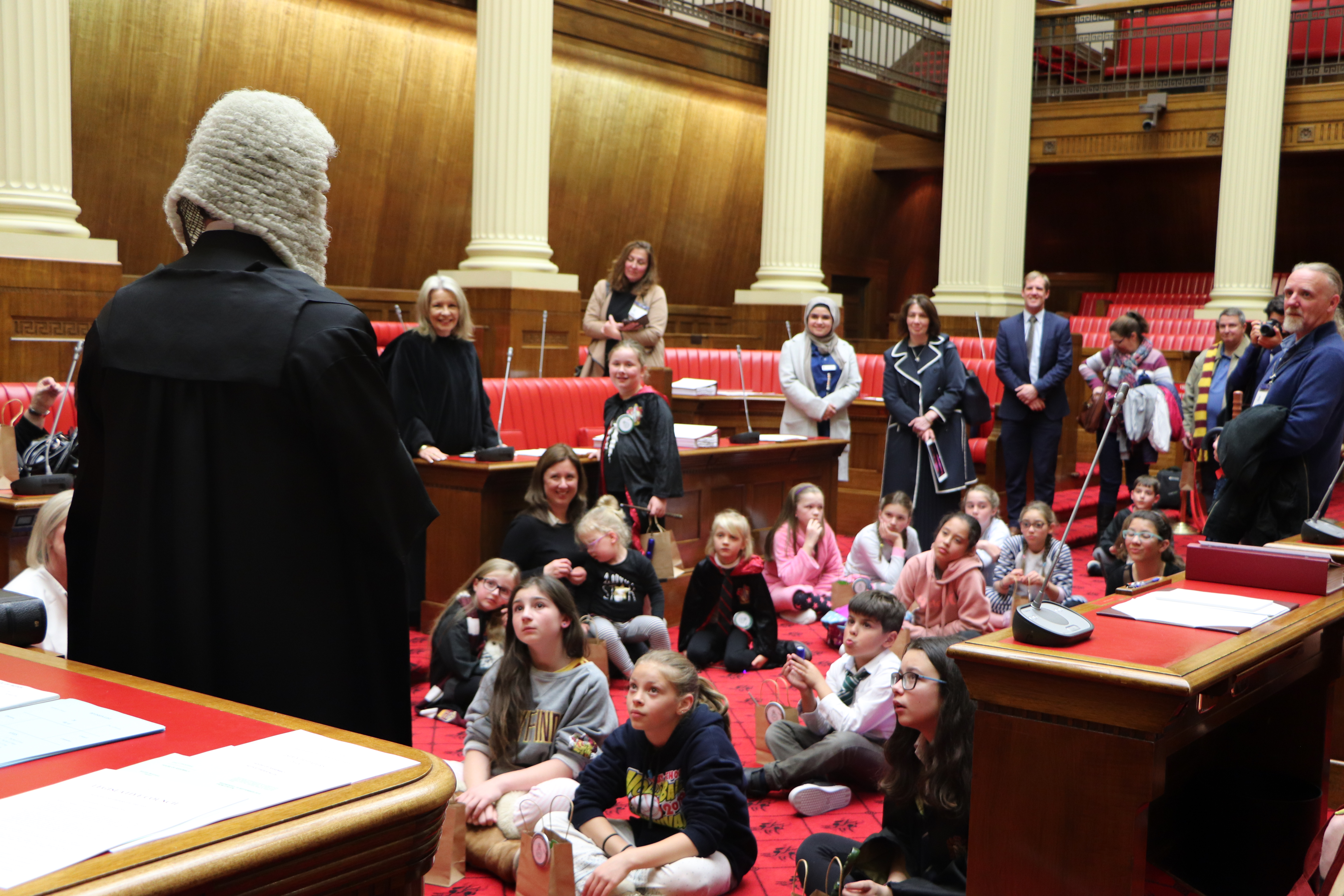 McLachlan holds court in the Upper House, as other MPs watch on. Photo: Supplied

“I pay tribute to Emily – it was Emily’s idea and she drove it along… she had to negotiate with two houses, the president, speaker, library and clerks,” he said.

“The parliament is naturally a conservative organisation, but it was great for me to assist her in bringing the children into parliament house and having so much laughter in the halls of parliament.”

Around 40 children attended, with Premier Steven Marshall and Opposition Leader Peter Malinauskas getting into the spirit with some book readings.

The old dining room candelabra was dusted off and hung, and there was even a re-enactment of the strange ritual whereby a new Speaker is inducted, with one of the young visitors “dragged to the chair”.

Actual Speaker Vincent Tarzia did not attend – “I’m not a Harry Potter fan!” he tells InDaily – but said “any measure which encourages the public to positively engage with our parliament is a good thing”.

Down the track, he added, “we may consider reviewing the parliamentary sitting times to make them more family friendly, with a number of MPs, journalists and staff with young families”.

Bourke says she hopes the event helped spark some enthusiasm and interest in parliament and its proceedings.

“It was something new that hasn’t happened before,” she said.

“When you have a new event, there’s always going to be a few issues… but in the end everyone was supportive.” 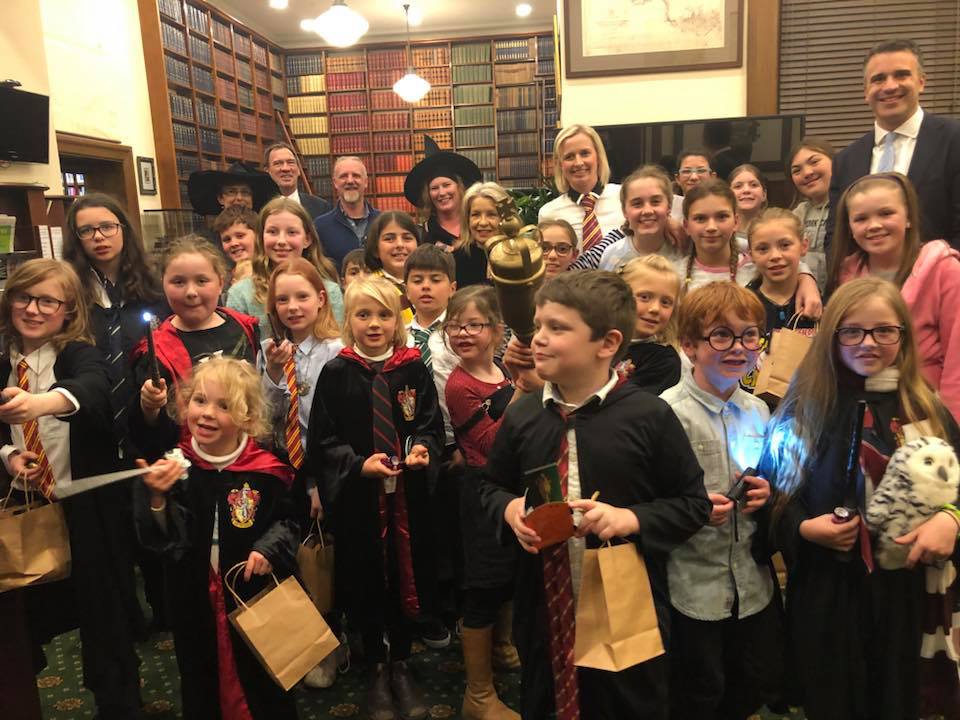 Industry and Skills Minister David Pisoni seems to enjoy regaling hapless interlocutors with stories about his days as an apprentice.

So much so, in fact, that it’s suggested bureaucrats in his department have started playing an unofficial game of “Pisoni Bingo” – with his regular reminiscences about his days as a young apprentice furniture-maker the cause for much rejoicing.

And there would have been many-a-cry of ‘Bingo’ behind departmental doors during this week’s estimates appearance, when Pisoni managed to refer to his personal experiences in the apprenticeship game five times in the morning session alone.

He kicked off with what is evidently one of his regular refrains: “As a former apprentice, I know the value of a trade…”

Later, he waxed lyrical that he was “not embarrassed at all” about his “very strong views about job opportunities for South Australians”.

“As a matter of fact,” he went on, “my entire professional life, after I finished my apprenticeship, I was actually in business and running a business.”

“I trained 20 apprentices in the 22 years that I ran that business, so I have very strong views about apprenticeships and traineeships.”

Later again, he couldn’t help but suggest attendees “look at my own example, growing up in Salisbury, [where] I did an apprenticeship in wood machining”. 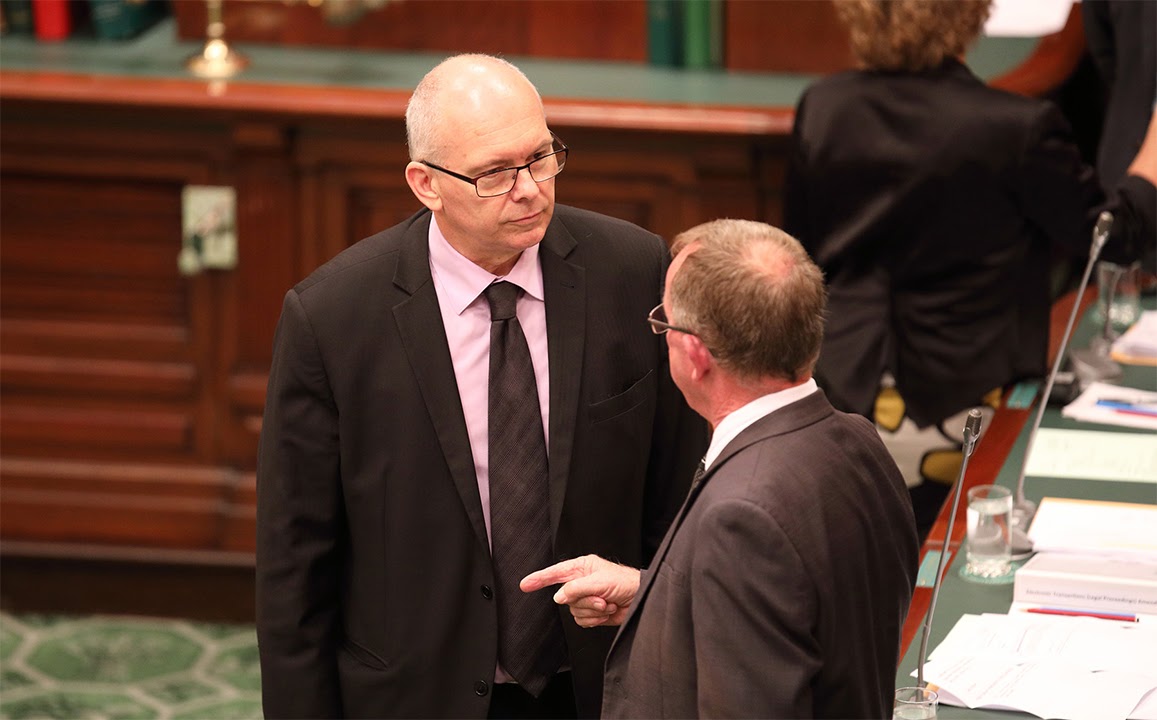 And it turns out he wasn’t the only Pisoni in the apprenticeship game.

“If I go back to my own experience,” the minister reflected again, “my brother, who is the assistant secretary of the CEPU [Communications, Electrical and Plumbing Union], was an apprentice electrician”.

Things got too much for Labor inquisitor Zoe Bettison when, in telling the hearing about “my own experience as a small businessperson taking on [my] first apprentice”, Pisoni came over a bit ‘Grampa Simpson’.

“I was a very young man at the time, I think I was probably only around 22, and it just happened to be…” he began, before Bettison pointed out that her question “was about employment programs, not about the minister’s personal experience”.

She tried to push on to other matters, but the minister was having none of it.

“Hang on, I have not finished my answer on my personal views,” he protested.

“I do not really get much of a chance to talk about my personal views very often.”

All evidence to the contrary, minister.