The shrinking arts bureaucracy’s new status as an administrative unit of the Premier’s Department has resulted in it losing its stand-alone executive leadership.

Executive director Peter Louca was shown the door this week – and he won’t be replaced. The department said his position has been abolished to meet savings targets following a “high level independent review”.

Arts South Australia was shifted into the Department of Premier and Cabinet last month as part of machinery of government changes. A department spokesman said the operational aspects of its work will be overseen “until further notice” by DPC bureaucrat Jennifer Layther, currently Director, Arts Program, Organisations and Initiatives.

Louca was appointed to the job three years ago after a long career as a political operative in the Rann and Weatherill governments. He was chief-of-staff to long-term Attorney-General Michael Atkinson before shifting to the same position in Jack Snelling’s office during his time as Treasurer and then Health Minister.

Snelling was also Arts Minister when Louca was appointed to the departmental role in 2015.

The surprise is that Louca survived so long after the March state election, but the abolition of his position raises questions about the status of Arts South Australia under the Marshall Government.

That’s not necessarily a bad thing, but the arts industry would be right to question how Arts South Australia can influence decision-making within government if it does not have a CE or equivalent as an advocate.

The question now is whether more changes are in store for Arts South Australia.

Under the Weatherill Government, Arts SA was under the umbrella of the giant State Development portfolio.

The department has – at length – confirmed to InDaily today that the aforementioned Jennifer Layther will be reporting up the line to veteran public servant Joslene Mazel, who is now, briefly, the “acting, acting” chief executive of the Premier’s Department.

The incoming permanent department chief will be Jim McDowell, with Erma Ranieri the acting CE until the end of this month.

However, Ranieri is on “a short period of leave and during this time Jos Mazel will take on the responsibilities of the acting chief executive until Ms Ranieri returns”, a department spokesperson said.

Mazell has had a long career in the state public service including various roles in the the Premier’s Department and the difficult task of heading up the Department of Families and Communities.

It was in that role that she came under some attention from significant current players in state politics.

After her appearance at a parliamentary committee hearing in 2011, then Opposition frontbencher – now Treasurer – Rob Lucas was not complimentary about the department’s performance, nor the CEO’s evidence.

That same appearance was described by marketing and advertising news website Mumbrella as an object lesson in how not to front the press.

In yet another reminder that Adelaide is a tiny town, the report highlighted by Mumbrella was introduced by then Ten newsreader Belinda Heggen, who is now Lucas’s media adviser, and reported by Adam Todd – now in the same role with Opposition Leader Peter Malinauskas.

The bearded man pictured next to Prime Ministerial aspirant Peter Dutton in photographs this week is his long-time adviser John Wiseman.

Wiseman had a stint reporting on politics in Adelaide in the noughties, arriving here around another time of leadership turmoil in the Liberals – at that time, when Iain Evans was dumped for Martin Hamilton-Smith. 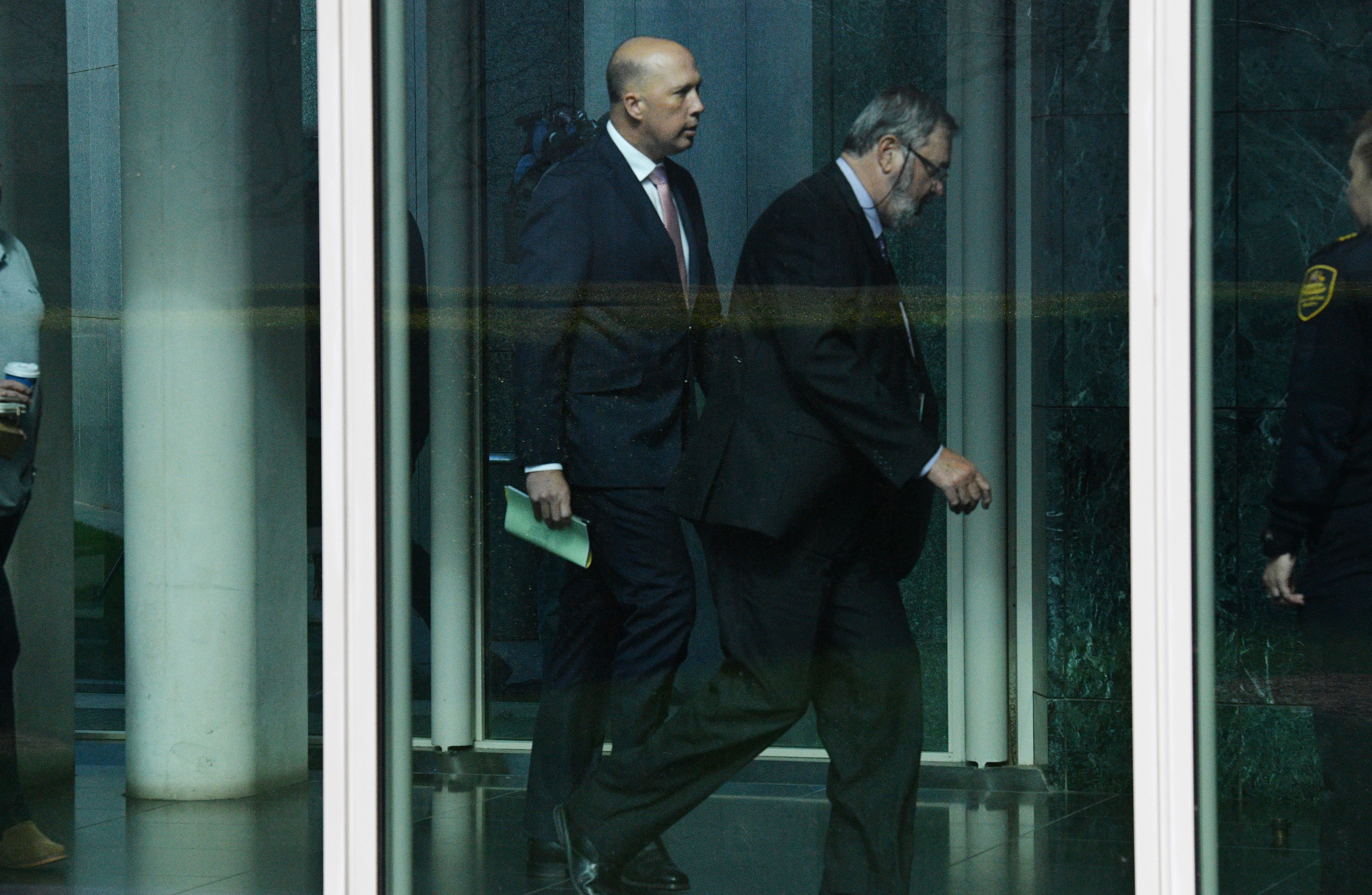 Wiseman was a very experienced reporter when he joined The Australian’s local bureau to cover politics. In fact, he had been the national managing editor of Ten news before joining the Oz, making the Adelaide move somewhat bemusing to local political types.

As befitting an old hand, he is remembered for sitting at the back of media conferences and keeping his own counsel until the cameras had packed up, before sidling up to the relevant politician to ask his own questions.

After about two years here, he went back to Brisbane where he had been a reporter for Ten (including covering the Commonwealth Games opening in 1982). He became an adviser to up-and-comer Dutton and has been with him ever since.

He is now a key confidant to the man most likely to be the next Prime Minister.