This could put him in breach of section 44 of the Constitution, which bans from parliament persons who have “any direct or indirect pecuniary interest with the public service of the Commonwealth”.

Dutton released advice to the contrary from his own barrister on yesterday and overnight released another opinion by former solicitor-general David Bennett, which he says “clearly states” he can sit in parliament.

“This advice is in addition to my original advice from Guy Reynolds SC which also confirmed I was not in breach,” he posted on social media.

“Mr Bennett’s unequivocal advice puts to rest the spurious and unsubstantiated allegations raised against by eligibility.”

This advice is in addition to my original advice from Guy Reynolds SC which also confirmed I was not in breach of s.44(v).
Mr Bennett’s unequivocal advice puts to rest the spurious & unsubstantiated allegations raised against by eligibility. 3/3 pic.twitter.com/Eb90HvzOew

That advice is expected to be handed to his office today, ahead of an expected meeting of Liberal MPs to determine the party’s federal leadership, tentatively scheduled for 11.30am (SA time).

If Dutton gets the all clear – and if the prime minister receives a letter with 43 signatures accounting for a majority of Liberal MPs calling for a spill, as he has requested -Turnbull will trigger the meeting in Canberra.

Dutton originally relied on Reynolds’ legal advice from December 2017 to say he was eligible. Reynolds has since updated that to include recent law changes. 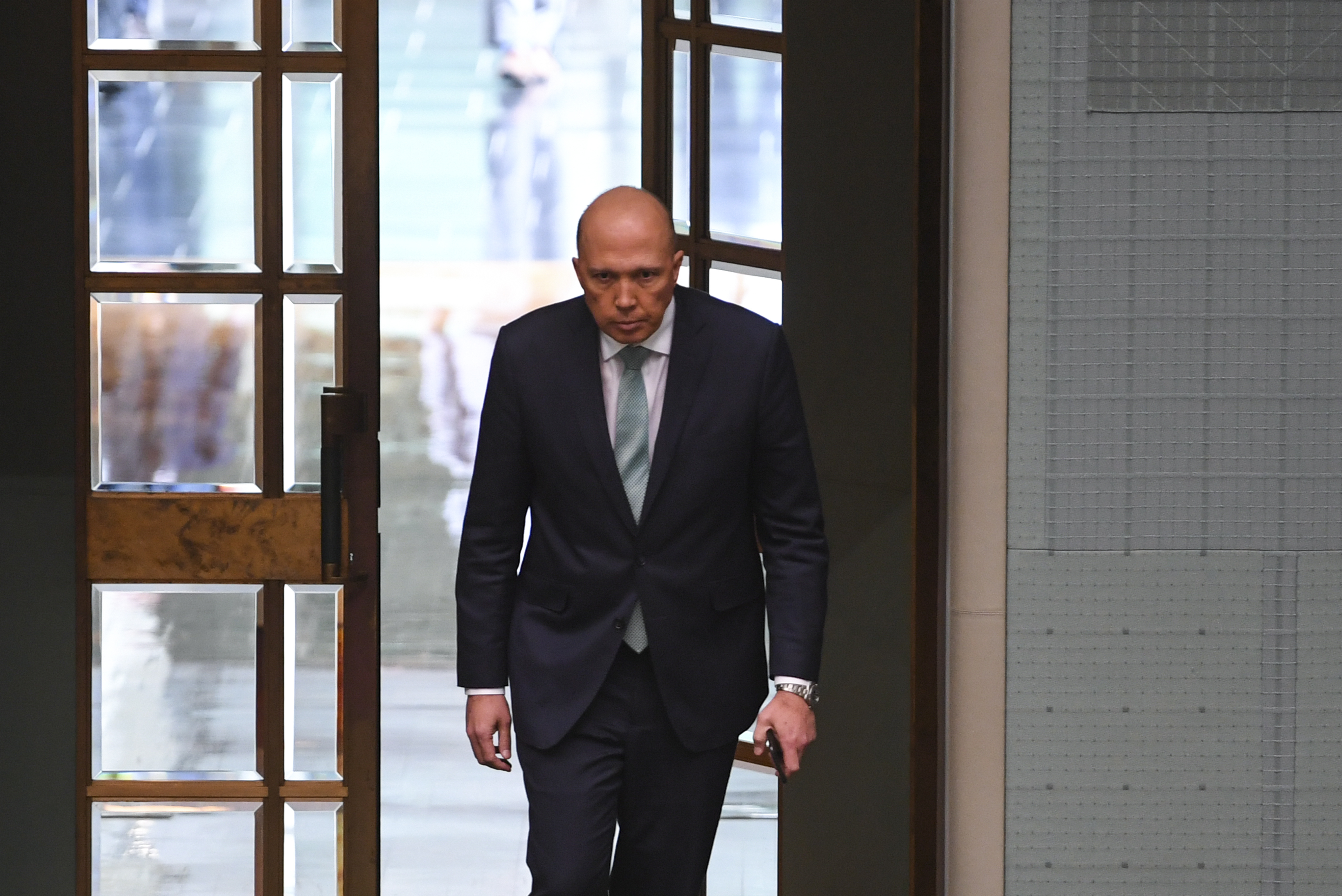 But this is not the only issue clouding Dutton’s prime minister aspirations.

Labor has referred Mr Dutton to a Senate committee for an inquiry into his decision to intervene to grant visas to two foreign au pairs in 2015, when he was immigration minister.

In the first case, an au pair was held at Brisbane’s international airport over a cancelled visa and Dutton approved a new one for her within a few hours of her making a phone call.

In November the same year, Dutton granted a visitor visa to a second au pair.

The inquiry will look into allegations concerning the inappropriate exercise of ministerial powers and report by September 11.

Bishop is highlighting her energy and experience in her bid to finally be Liberal leader after serving as deputy to three leaders over the past decade.

The Australian has reported Bishop – who has been deputy to Brendan Nelson, Tony Abbott and Malcolm Turnbull – has told colleagues she wouldn’t be “another man’s deputy”.

She’s told The West Australian she is nominating because she cares deeply about the nation’s future.

“Australians must have confidence that the government is focused on the daily challenges of their lives and their concerns and their interests,” Bishop said.

“I am optimistic about the potential of our people and will commit all my energy and experience to ensure the best years of our nation lie ahead of us.”

The 62-year-old joined federal politics at the 1998 election as Perth’s member for Curtin.

She was first elected deputy Liberal leader under opposition leader Nelson after the 2007 poll which ended the political career of John Howard.

Ahead of the leadership showdown, Dutton’s Brisbane electoral office has been vandalised. 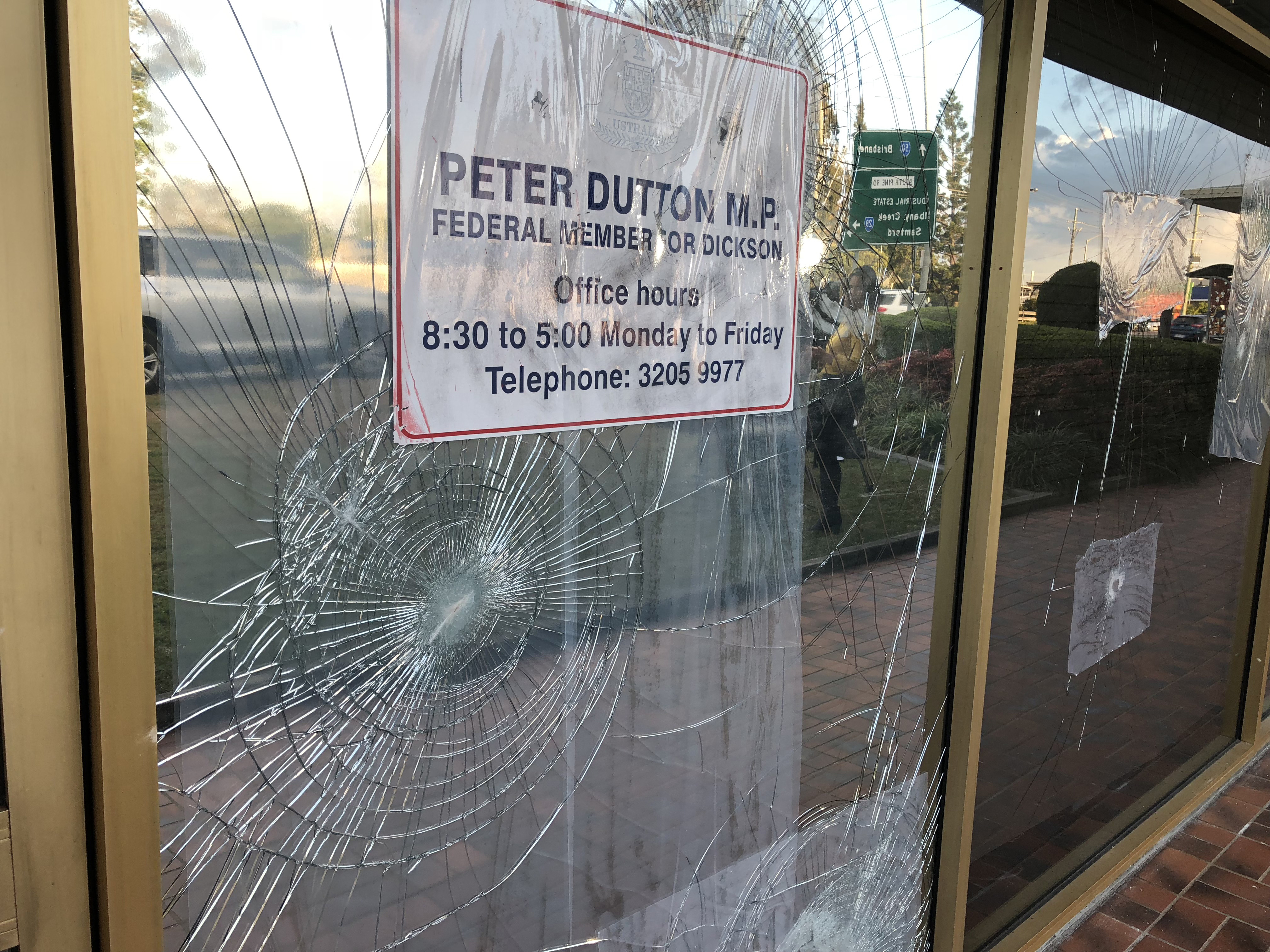 Brick pavers were thrown at the office on Gympie Road in Strathpine about 1.45am this morning, causing extensive window damage.