Turnbull remained defiant a short time ago – despite his latest policy retreat, forced by the defeat of company tax cuts in the Senate – declaring: “We had a ballot yesterday [and] the iron laws of arithmetic confirmed my leadership of the Liberal Party.”

Turnbull defeated his ex-home affairs minister 48 votes to 35 in yesterday’s snap leadership ballot, and says he is “not anticipating” a second challenge this week.

Despite not accepting the resignations of several cabinet members yesterday, saying those who voted for Dutton have “given me unequivocal assurances of continued loyalty and support”.

“What I’m endeavouring to do is obviously ensure that the party is stable, to maintain the stability of the Government of Australia,” he told reporters.

But Dutton says he is now working the phones ahead of a second tilt.

“I’m speaking to colleagues. Colleagues are talking to me. I’m not going to beat around the bush…

“You don’t go into a ballot believing you’re going to lose and if I believe that a majority of colleagues support me, then I would consider my position.” 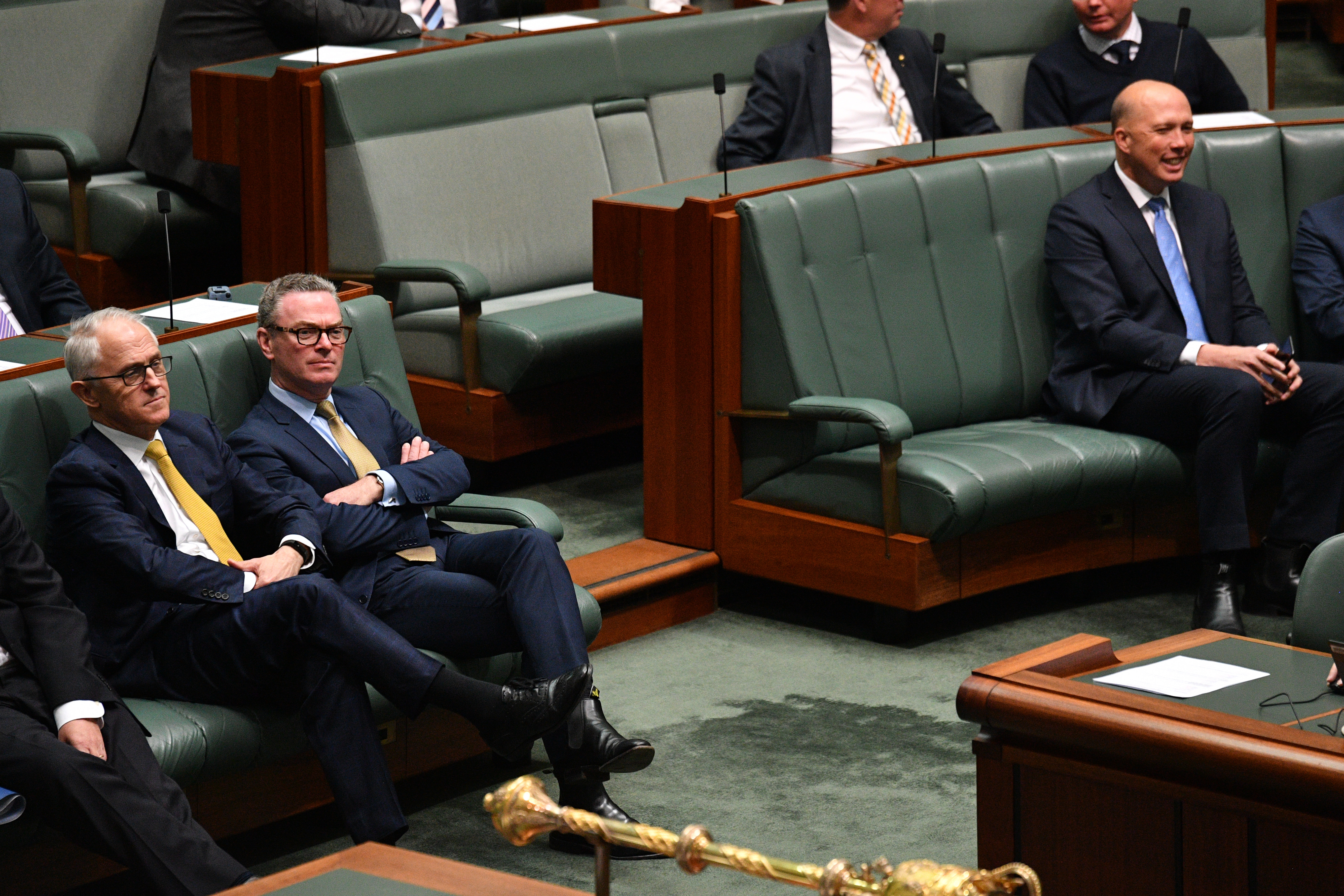 Despite reports Liberal MPs are being lobbied on a joint leadership ticket involving Treasurer Scott Morrison and Dutton, Morrison told reporters in Parliament House today the prime minister had his full support.

“I put to rest any suggestion that I have made any approach, that an approach has been made,” Morrison said.

“It is all the usual nonsense, and the prime minister knows exactly where I stand.”

A short time ago, he told reporters Turnbull “is my leader – and I’m ambitious for him”. 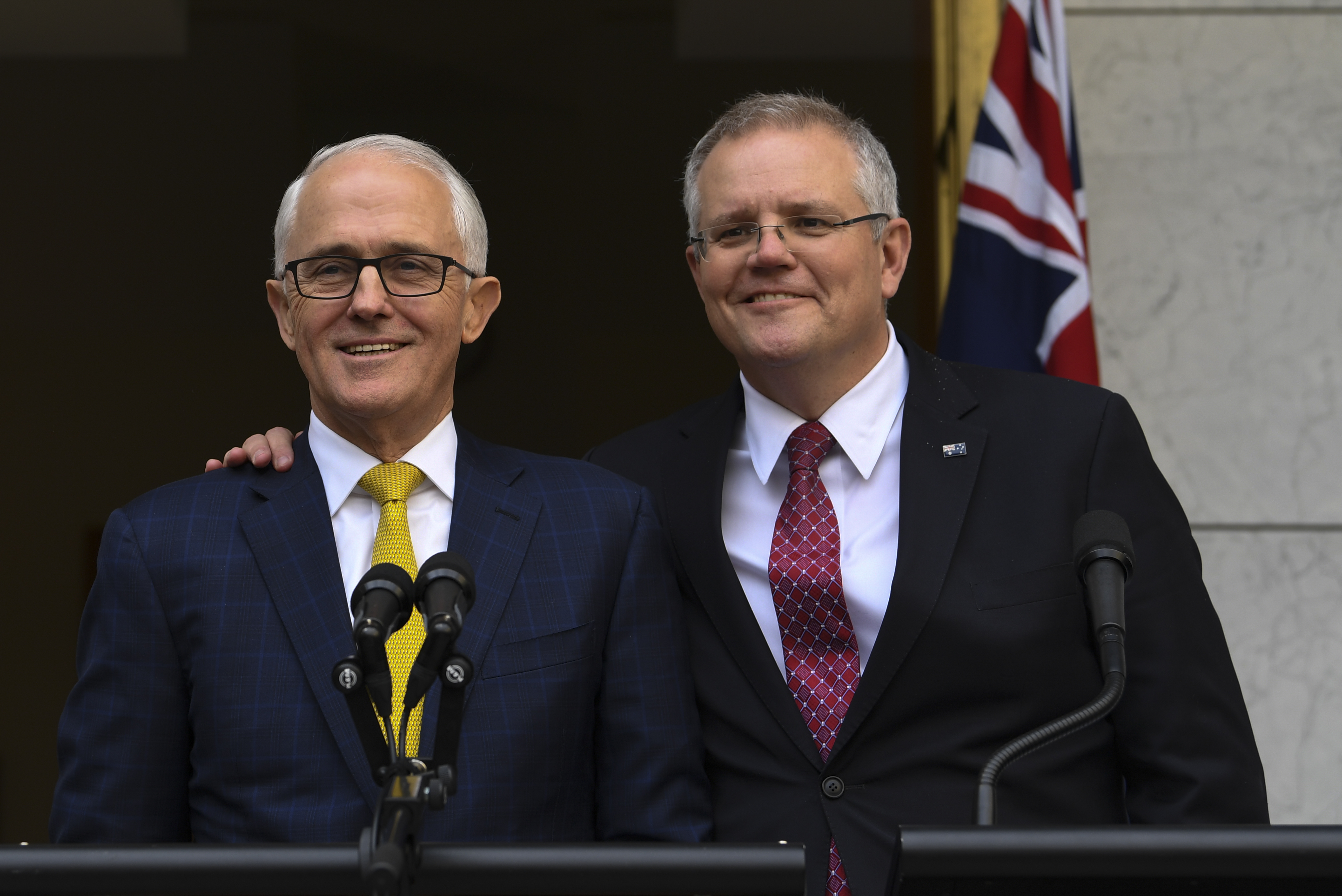 “This is my leader”: Scott Morrison gives Malcolm Turnbull some love at a media conference today. Photo: Lukas Coch / AAP

However, Finance Minister Mathias Cormann – while declaring “I support Malcolm Turnbull as Prime Minister,” – did not rule out supporting Dutton, calling the suggestion “hypothetical”.

“Now that the genie is out of the bottle, I’m not sure we can put it back,” Liberal MP Craig Kelly told the ABC.

Dutton has started a media campaign to reach out to Australian voters, calling for a royal commission on fuel and energy prices, and saying he would consider removing the GST on electricity for families and pensioners.

.@PeterDutton_MP: As a backbencher there is an opportunity for me to show a side the public might not know about.

At least 10 ministers offered to resign after voting against the prime minister, but most were rebuffed and will remain on the front bench.

So far Turnbull has only accepted the resignations of Dutton and International Development Minister Concetta Fierravanti-Wells, who wrote a scathing letter criticising the Liberal party for “drifting too far to the left”.

Turnbull has called for unity after fending off the leadership threat, but his authority took another blow today after one of his signature economic reforms was killed in the Senate, compounding his political misfortune.

The federal government’s plan to cut the corporate tax rate from 30 to 25 per cent was shot down this morning – shortly after Dutton pledged to abandon the policy.

“I don’t think it’s possible for them to go through and in that case I would support that money being applied either to households or a tax cut to small and micro-businesses,” he said.

Turnbull faced media a short time ago, noting that the “consensus” for the enterprise tax plan no longer existed and “we will not be taking the tax cuts for larger companies to the election”.

Instead, he said, the Government would “focus on how we can provide enhanced support for small and medium businesses”.

He also retreated from moves to repeal or reduce the energy supplement put in place by Labor to compensate for the carbon tax.

“It’s absolutely clear to us with the issue of energy prices being so prominent we will not move the repeal the energy supplement,” he said.

“We have provided for that in the contingency reserve so there’s no adverse [budget impact].” 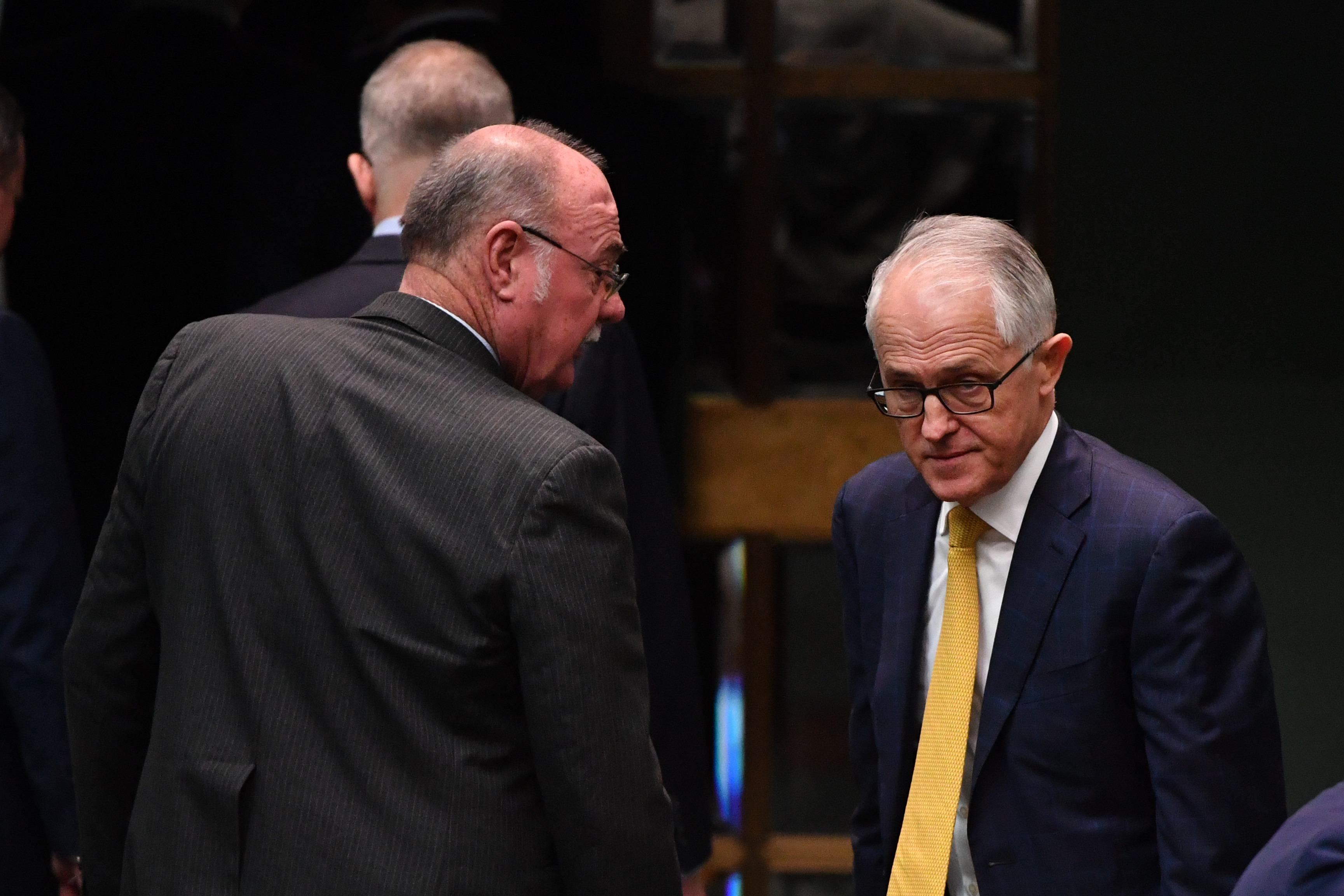 Morrison lamented that “you have to work in the realm of the possible in government”.

Cormann had made a failed last-ditch attempt to drum up key crossbench support by carving out Australia’s big four banks.

But the move did not win their support, with One Nation, Centre Alliance and SA independent Tim Storer voting against the cuts.

Storer said in a statement he was “pleased to see that after having more time for consideration more senators have accepted that the budget is in no shape to take such a hit and that taxpayers’ money would be better allocated elsewhere”.

Cormann took aim at Labor for opposing an amendment to exclude the Commonwealth Bank, ANZ, NAB and Westpac.

“If Bill Shorten was elected prime minister on his anti-business, politics of envy, socialist high-taxing agenda it will hurt the economy,” Cormann told parliament.

Labor leader Bill Shorten has written to the prime minister asking that all major decisions by government be paused until the leadership question is resolved, as Liberal MPs openly ponder Turnbull’s position.

“I think there was a shift after the partyroom meeting with the offers of resignation by a considerable number of ministers,” Tasmanian Liberal Senator Eric Abetz said.

Meanwhile, at least three Nationals MPs, including Veterans Affairs Minister Darren Chester, are threatening to quit the coalition and move to the cross bench if Dutton seizes power.

“All options are on the table in a volatile environment,” Chester told the ABC.

Victorian Nationals MP Damian Drum said if the Liberals did change leaders, they would need to redraft the coalition agreement.

A leadership change could also trigger an early general election, which could be tough for cash-strapped state Liberal branches still finalising their candidates.

Dutton says he ran because he believed he was the best option to head off a Shorten Labor government.