For almost 100 years, the Aboriginal people of the Kutjungka Region in southeast Kimberley, Western Australia, have reported through oral testimony and art how many of their ancestors were killed in a massacre.

Until now, their evidence has been the only record of this event. No written archives, including police records, have been found.

But we are part of a team that has now uncovered physical evidence of human intervention at the massacre site, comprising highly fragmented burnt bone. The results of our study were published in October’s Forensic Science International journal.

We believe our results go some way to providing public recognition of this atrocity. It also gives a model that can be used at other similar massacre sites in the search for evidence to verify the oral testimonies of Aboriginal people.

The Sturt Creek Massacre: the full undated painting by artists Launa Yoomarri and Daisy Kungah under direction of Clancy and Speiler Sturt. The Aboriginal prisoners are chained between two trees. The four figures (two left and two right) hold guns. The footsteps end at the well and goat yard, and both contain fragmented bone. The white line and black stones on either side of the creek, Sturt Creek, represent the ‘milky’ coloured water of Sturt Creek and the black stone along the banks are what Daisy Kungah described as purrkuji, the jupilkarn (cormorants) in the dreamtime. Kuningarra School, Billiluna Aboriginal Community, Western Australia., Author provided

Tjurabalan, or Sturt Creek, provides water for life to flourish in this desert margin. The surrounding landscape is harsh, with pale green spinifex set against the deep red of the soil.

This is a terminal river system ending in Paruku, or Lake Gregory. Both the river and lake are places of spiritual significance to the Walmajarri and Jaru people, owners of the Tjurabalan Native Title claim. 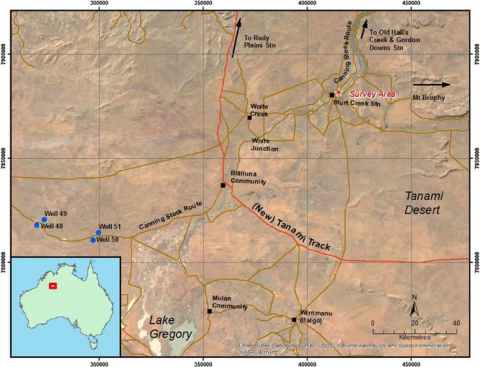 It was here, during the early years of the 20th century, that an unknown number of Aboriginal people were killed in at least three massacres reported in either oral testimonies or archival documents.

These events include one on Sturt Creek Station, where an adult man and his son escaped – it is their report that is recounted today by the descendants of those killed. 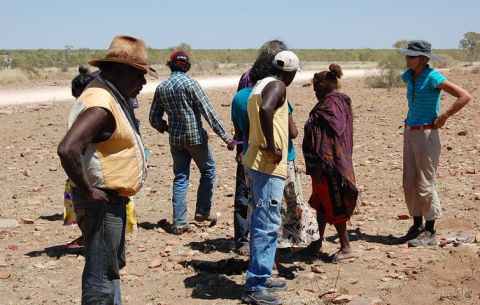 We were asked by the Kimberley Land Council to search for archival evidence of the massacre on Sturt Creek Station and to record the site. In 2009 a group of descendants took us, both archaeologists, to the massacre site.

Oral testimonies and paintings record that many Aboriginal people were shot and their bodies burnt. The number killed is not known.

The descendants reported that the massacre took place following the well-documented murder of two white men at Billiluna Station in 1922, and the subsequent police search for their killers.

But the search for written evidence of this massacre in the documents, diaries and newspapers of white people failed to find a reference, apart from a police diary with missing entries for four days. 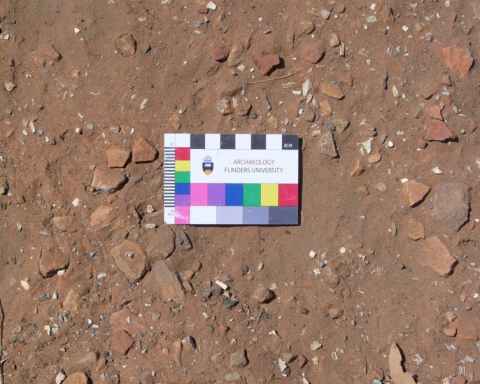 One of ten scrapes made in the dry stone wall enclosure. Scrapes into the loose top soil revealed burnt bone, all highly fragmented and embedded in burnt soil. Pam Smith

Proving that the bones were of human origin, based on the few samples our team was permitted to collect, was challenging. Two bone fragments from a human skull were identified; the challenge then was to identify evidence of an intense fire. 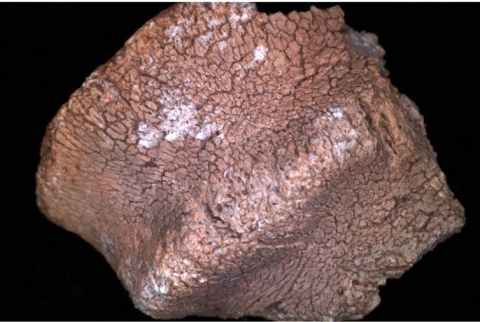 Bone fragment No 2 from the Sturt Creek site. Author provided

This evidence was provided through X-ray diffraction analyses that determined the temperatures at which the fire burnt and the length of time.

Maintaining a fire of such high temperatures over many hours using timber as fuel must have involved human intervention and an intention to destroy the bones beyond recognition.

This was not a traditional hearth fire, as later experiments demonstrated, nor were Indigenous artefacts or cultural material found.

An objective of our study was to demonstrate that scientific research at massacre sites can verify the oral testimonies of Aboriginal people. We believe this was achieved at Sturt Creek.

Many people, both Aboriginal and white, lost their lives on the Australian frontier, but in most documented massacres it was Aboriginal people who were killed.

Scholars of Australian frontier history have argued the deaths of Aboriginal people should be acknowledged without political prejudice as grave injustices. Others have argued the many reported massacre events in Australia were fabricated.

This debate is now known as the “History Wars”, and are generally views expressed by non-Aboriginal people. Aboriginal people, particularly the descendants of those killed, still bear the pain of these past conflicts. 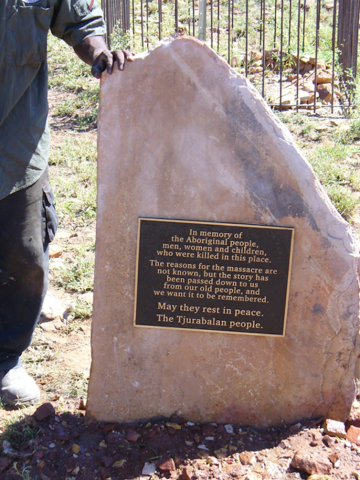 Memorial erected at the Sturt Creek massacre site by the descendants in 2011. John Griffiths, Author provided

They know that grandparents, aunts and uncles were absent when they were children, and deep sorrow took their place. The descendants are also the custodians of the oral testimonies recording these events.

We believe our research confronts a significant cultural boundary that – apologies aside – political leaders have failed to address. We cannot undo the past, but we can acknowledge that these events are part of both Aboriginal and white histories – they are real and Aboriginal people still suffer the pain of the past.

Of all outcomes from this project, an email from a resident of the Balgo community gave the most hope for the future. The correspondent concluded by saying thank you for “contributing to bringing some closure to my friends”.

We ask little more than for archaeologists and scientists working with Aboriginal descent groups to achieve a level of closure, no matter how small, for the descendants of this and similar places of atrocities committed on the Australian frontier.

The results of the investigation are outlined in the paper ‘Scientific evidence for the identification of an Aboriginal massacre at the Sturt Creek sites on the Kimberley frontier of north-western Australia’, published in Forensic Science International.

The project was funded by a grant from the Australian Institute for Aboriginal and Torres Strait Islander Studies awarded to the Kimberley Land Council.

The methodology used to undertake the project brought together three systems of knowledge: the oral testimonies of the descent group originating from a sole adult survivor of the massacre; historical research and scientific research.