The coalition introduced legislation into the lower house today for a package that includes axing broadcast licence fees and which has broad industry support.

Under the changes, gambling ads during live sports telecasts would be limited and the number of quarantined sporting events on the anti-siphoning list that gives free-to-air broadcasters first rights would be reduced.

Australia had come to expect a lot from its media outlets, which were operating in an increasingly challenging environment, government minister Paul Fletcher told parliament.

“They are in a fight with one hand tied behind their backs,” he said.

Fletcher insisted a merger between a metropolitan and a regional network would not diminish diversity.

Labor wants the Government to split the Bill because it won’t agree to axing the so-called two-out-of-three rule that prevents anyone controlling more than two of the three media segments – radio, television and newspapers – in one market.

It will support abolition of the 75 per cent reach rule.

The Government has used the decision to place Network Ten into voluntary administration to pressure Labor into a change of mind.

“Even if there are some corporate difficulties in the marketplace, that is not a reason to be rushed into a so-called reform which will narrow the media market and make it more difficult to get a fair hearing in the modern media market,” he told reporters.

Key crossbench senator Nick Xenophon, whose support the Government needs in the upper house, believes the events at Channel Ten have focused the mind of all crossbenchers.

But he still wants an investigation into the advertising practices of global internet giants Facebook and Google.

Fellow crossbencher Jacqui Lambie doesn’t want to waste any more time on the issue and is willing to give the Government her vote. 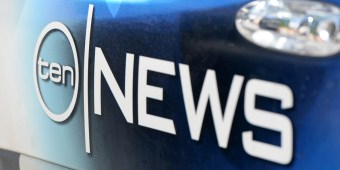 “Let’s move on this, let’s give these guys half a chance,” she told Sky News.

Despite the Government taking the scalpel to the anti-siphoning list, the Olympics, the Melbourne Cup, AFL and rugby league matches and the Australian Open tennis tournament are among those which will remain.

Further consultations will take place on proposals to remove events such as the Masters golf tournament, Wimbledon, all V8 Supercar rounds except Bathurst and international netball tests before final changes are made.

A separate Bill introduced today also implements new fees for use of the broadcast spectrum.