It not only let them keep ticking away but also covered up the pedophiles’ evil deeds to protect its reputation.

The extent of the cover-up is still being dissected by the child abuse royal commission but victims advocacy group Broken Rites spokesman Dr Wayne Chamley expects its report will be absolutely scathing of the Catholic Church.

“The commission is unpicking a conspiracy,” Dr Chamley said.

“These bishops collectively have been running this conspiracy certainly since 1992.”

Minutes of a special issues committee meeting at the 1992 Australian Catholic Bishops Conference reveal: “It was agreed that there are serious ‘time bombs’ ticking away in a number of diocese at the present time.”

The focus was on treating the accused offender fairly, even though the minutes reveal the special issues committee – set up to deal with allegations against priests – agreed “the prognosis for offenders to be returned to any form of active ministry as a priest is not good”.

The group was also worried about the discovery of documents. “It does seem better to keep good records. On the other hand, it was noted that too many people are keeping too many records.”

It is the first piece of evidence showing bishops collectively knew about abuse by clergy from that date, Dr Chamley notes.

“Everybody knew about it and they decided they were going to try and battle it out and just keep it under wraps so you have all those cover-ups and moving people around,” he said.

“What confounds me was not one of them was prepared to break ranks.”

As the royal commission investigates widespread abuse by Catholic clergy over decades in the Ballarat diocese covering the western third of Victoria and Melbourne archdiocese, senior church figures have admitted failings.

“I certainly have been absolutely horrified by the predatory actions, the depravity and the power play by these pedophile priests over people who should have expected just the opposite: care and love and support,” current Melbourne Archbishop Denis Hart said.

“Instead they have been totally betrayed.”

Archbishop Hart has admitted the church failed to recognise it had pedophiles in its midst.

Not only that, it knew of their existence and failed to act, leading to more children being abused. 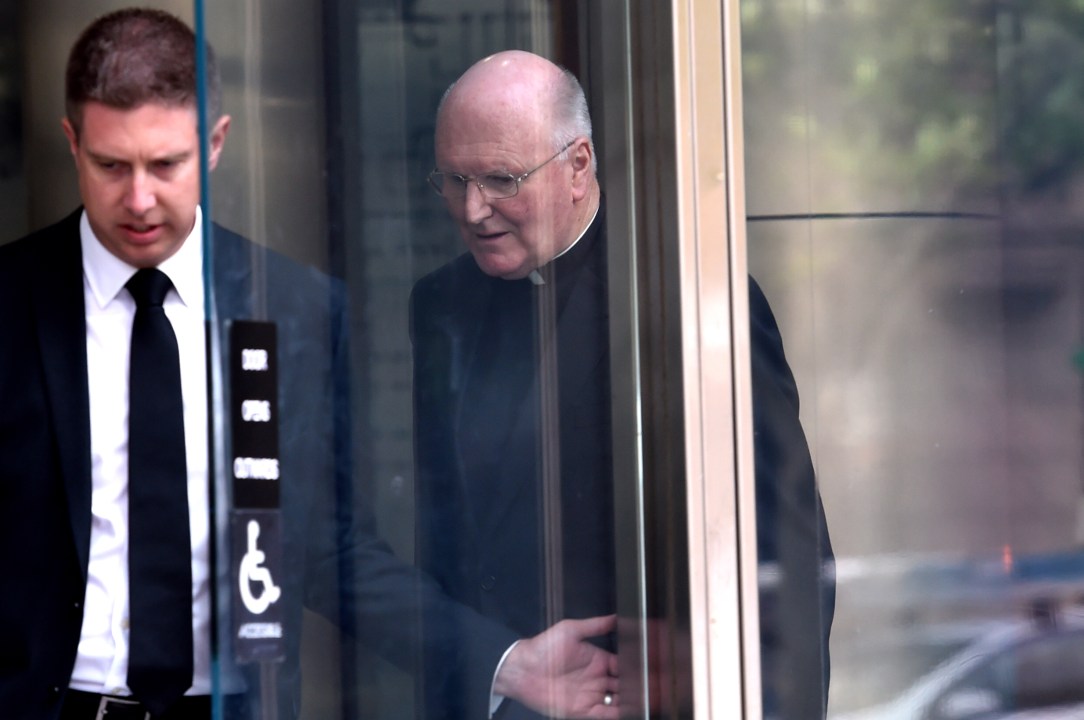 “I think that one of the actions certainly that’s become apparent to me since this commission started was the extraordinary cover-up of information, that covered up especially the evil deeds of certain men against children,” he told the commission.

But the Ballarat diocese has 78 child sex abuse claims against Ridsdale, and Dr Chamley said the extent of Ridsdale’s offending – and the cover-up – extend much wider.

“It’s not possible that there weren’t complaints being made from all over the place by parents and some of them would have been made to the Catholic Education Office.

“That scale of crime is such that it must have been known, and known collectively.”

The commission has heard Melbourne’s 1974-1996 archbishop Frank Little, who died in 2008, failed to remove a number of pedophile priests, while Ballarat’s 1971-1997 bishop, Ronald Mulkearns, who is in palliative care with advanced cancer, knew in 1975 that Ridsdale had abused boys but did not suspend his priestly faculties until 13 years later.

It is not so much about the individuals but what it shows about the church culture, Ballarat clergy abuse victim Andrew Collins said.

“No matter where you were in Australia there was a culture that if you were an abuse victim you really don’t stand a chance because the church didn’t want to know. What hope did we have?”

He is encouraged that some church figures have accepted at least some responsibility for the repeated failures to act.

“I think it will only take a couple, literally, for the cards to come tumbling down and have other people who stand up and say ‘yes we knew’.”

Survivors Network of those Abused by Priests (SNAP) Australia leader Nicky Davis said church officials, under the pressure of the royal commission, were starting to make admissions about their cover-up but only about people who had died or were beyond accountability.

“It’s not consistent with the experience of most survivors that it was only those people who were covering up,” she said.

“The experience of survivors is that the cover-up extends to virtually all officials.”

Mr Collins likens the unravelling of the cover-up in the royal commission to a David and Goliath struggle.

“We’ve got a few broken men standing up against the might of one of the biggest organisations on the planet and they’re starting to falter…it’s frustrating seeing such well-educated men struggling to remember the most basic of details.”

“They now see they are part of a huge community of people who have been told one story by the church that it was acting responsibly but now know the truth that it was not,” she said.

“It’s a very good examination of the system and personnel who acted as enablers and blockers to the extent of sexual offending being known and responded to accurately, so that members of the church were kept safe.”

The time for reckoning has well and truly arrived, acknowledges the church’s Truth, Justice and Healing Council CEO Francis Sullivan.

“It is becoming an all-too-predictable scenario, in that in every case study ineptitude, maladministration, cover-ups and corrupt practices have been revealed,” he wrote in a blog after the latest commission hearing.

“This miserable history cannot be denied, nor can it be rationalised away. The very fact that a faith-based institution would perpetuate such evil is incomprehensible.”

Melbourne’s 1976-1987 vicar-general Bishop Peter Connors, who chaired that 1992 “time bombs” meeting, included himself when he admitted church leaders failed to deal with pedophile priests as they tried to protect the church.

“There has been a terrible abuse of the trust that people gave implicitly to priests,” he told the commission.

“That trust was sacred but it was destroyed by priests, the way they acted…it will take generations for that trust to be restored.”