Adelaide Oval announced this morning that Nick Addison, 42, will be moving over from Melbourne to take over as the stadium’s chief executive in June.

Addison has spent the last 10 years with the Victorian Racing Club (VRC) in a number of senior sponsorship and commercial partnership roles. He is currently the club’s executive general manager of commercial operations.

The VRC operates Flemington Racecourse where the Melbourne Cup is hosted each year.

Prior to joining the VRC in 2011, Addison was a sponsorship specialist with Suncorp and an account manager with Dynamic Sports and Entertainment Group, according to his LinkedIn.

“In Nick, we have secured someone who has significant experience in a major event business as well as his outstanding commercial credentials,” Scarce said.

“Like all stadia, we face a range of opportunities and challengers as we emerge from COVID and we believe Nick has all the attributes to lead us into our second decade.” 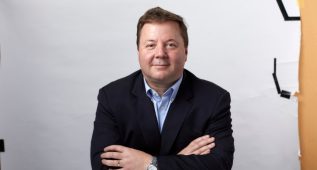 Adelaide Oval boss to step down

Addison’s appointment at Adelaide Oval comes after current CEO Daniels flagged in September that he would be vacating the position on May 31, marking exactly 10 years since taking on the top job in 2014.

Daniels, 60, said he made the decision to focus on his non-executive roles with the Adelaide Symphony Orchestra and disability services organisation Novita.

Daniels took over from former SMA boss Leigh Whicker and was tasked with overseeing the $535 million redevelopment of Adelaide Oval.