The site is the location of the King’s Head Hotel on the corner of Sturt and King William Street in the southern CBD. The pub has been operating since 1878 and was state heritage-listed in 1986.

The planning application, which does not include any publicly available supporting documents or design images, states that the development will require “partial demolition of State Heritage Place, including internal building works”.

A spokesperson for Planning and Land Use Services said the “proposed demolition is to a rear portion of part of the hotel (including more recent additions)”.

“The proposed sixteen storey building … is to be constructed on the same Certificate of Title as occupied by the hotel (to the rear of the hotel),” the spokesperson said.

Future Urban managing director Chris Vounasis said the partial demolition “involves the removal of the ground and first-floor areas that formed later additions to the rear of the original hotel building”.

Vounasis said no artist renditions of the tower plans are currently available, but the development “seeks to continue the historical use of the King’s Head Hotel as a Hotel/Licensed premises”.

“A number of internal works are proposed to reinvigorate the social and entertainment offering and to reinforce the hotel’s continued future operation,” he said.

“This will be supplemented by a mixed-use building to the rear that will comprise both tourist accommodation (serviced apartments) and residential apartments.”

Local resident Bailey Underwood expressed his concern with the project in a comment on the South Australian Planning Alerts website.

“The King’s Head Hotel as it stands has frontages on 3 streets, and its heritage nature is part of what gives the area its unique character,” he commented on the application.

“I would not like to see any of the frontages on King William Street or Sturt Street changed or demolished and will be opposing this application should the application propose to alter them.

“Does a State Heritage listing mean nothing?”

The State Planning Commission is currently assessing whether to give the project planning consent.

Projects worth more than $10 million go before the State Commission Assessment Panel. A spokesperson told InDaily that a meeting of the SCAP to assess this project has not been scheduled yet.

The King’s Head Hotel closed its doors in April 2020. 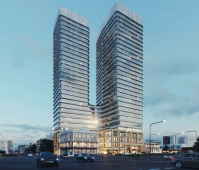 It’s since been leased by Patrick Marcucci and his family, who have renovated the interior with a new bar, tiled floor entrance and repainted walls and have brought live music back to the hotel on Friday and Saturday nights.

The bar, along with a new café and pizzeria, reopened in March 2021.

Future Urban is also consulting on the 32-storey towers which are set to soar above the heritage-listed Newmarket Hotel on the corner of North and West Terrace, along with other high profile CBD developments such as the Hyatt Regency Hotel on Pirie Street and the Southern Cross Arcade.

Vounasis said once planning consent is obtained for the King’s Head development, the applicant “will be proceeding to the detailed design phase to ensure the construction process can commence as soon as possible thereafter”.