Attorney-General Vickie Chapman, who has since stood aside from the ministry, pledged in 2019 to undertake a “comprehensive review of the Code, including lock out laws” in 2020.

SA’s lockout laws under the then-Labor government in 2013 were a national first, with a ban on patrons entering venues after 3am, as well as a restriction on the sale of certain drinks and a ban on glassware after 4am.

New South Wales went further a year later, with a 1.30am lockout and last drinks called at 3am in the CBD entertainment precinct – but that state’s laws have since been scrapped, as have similar trials in other states’ CBDs.

Former Director of Public Prosecutions Stephen Pallaras QC – who is running for the state Upper House under the banner ‘Real Change’ – today called for SA to follow suit.

“It was brought in to reduce alcohol related crime – it’s a reasonable argument but when you look at it, it’s not true,” Pallaras told reporters.

“In some cases crime has actually increased.”

“The reason this law was passed was to do that, and it doesn’t,” he said.

“It’s time for SA to wake up and to lose the lockout.”

But it’s been confirmed the Government review was halted last year as density restrictions put an end to normal night-time trade in the city.

A State Government spokesman told InDaily: “Unfortunately, the COVID-19 pandemic delayed a comprehensive review of the Late Night Trading Code, including lockout laws, that was due to be undertaken in 2020.”

“The review will be completed when it is appropriate to do so.

“Current laws do not prevent venues that are licensed to do so from trading beyond 3am.

“The health and safety of South Australians is paramount at this time and sudden changes to lockout laws during the pandemic without giving proper consideration to the health and police advice would be irresponsible.”

In 2019, the fight against the lockout laws was championed by prominent Liberals Sam Duluk and his former staffer Alexander Hyde, who was then on the Adelaide City Council.

Duluk, then a Liberal MP who has since quit the party after being acquitted of basic assault following a boozy Christmas party, was at the time preparing a submission for the Liberal party-room to garner support for amending or scrapping the Late Night Code.

Ironically, Duluk and Hyde are now facing each other as opponents in the seat of Waite, with the latter endorsed as the Liberal candidate to take on the incumbent.

Duluk said today that “as a general rule traders should be able to trade when they want to trade” and that “removing the lockout provisions when we get back to a safer period would be sensible”.

“This is something the new parliament should be looking at as a way of supporting out night-time economy,” he said.

“Anything to bring people back into the city, when it’s safe to do so, is a good thing.”

Hyde said today that “providing a supportive regulatory framework for late night hospitality while safeguarding patron safety has always been a balancing act, and with COVID-19 now overlaid it has become more complex than ever”.

“My views on lockout laws remain unchanged and I am looking forward to the Late Night Code review process getting underway,” he said.

“The industry is facing much tougher challenges right now.

“The Government’s $40 million package for hospitality and tourism, in particular the cash grants and waiving of liquor licensing fees, will help provide immediate relief.

“Over the longer term we should be considering the review’s results within the broader public health and economic reality our night economy traders face.” 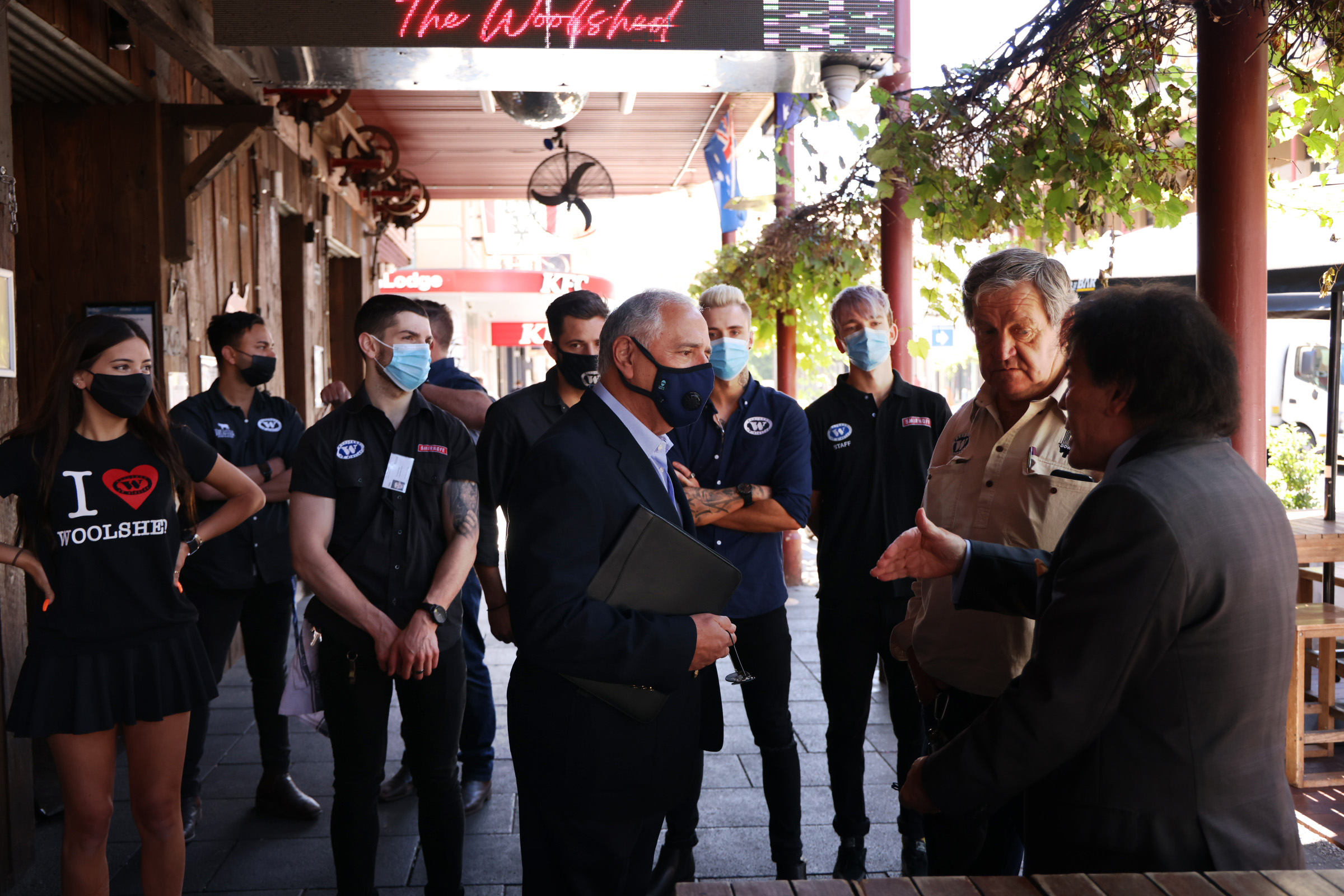 Woolshed nightclub owner John Meek said city traders had been smashed by COVID restrictions and the lockout laws were an additional inhibitor to business.

“Other states have dropped it, Adelaide’s kept it,” he said.

While police have long argued the laws have propelled a reduction in alcohol-related violence in the west end in particular, Meek argues that “at 3 o’clock the security go inside and the street’s less safe”.

“People are still walking the street looking for something to do if they get locked out.”