Tucked away in a box of old letters is the story of Bobby Adams, eldest child of Thelma and Stan Adams, of Exeter in South West England.

It’s a short story because the unvaccinated Bobby died from diphtheria aged seven in 1944.

His life, however, left a family legacy that is more relevant today than it was when the infectious disease ended his life.

A few years earlier, the British Ministry of Health had launched a national immunisation campaign to protect children more vulnerable to the disease in the crowded wartime conditions, as child deaths from the disease outstripped those from WWII bombing – 9000 from diphtheria versus 8000 from the German aerial attacks.

Stan Adams was away from home fighting in the Second World War.

Thelma was faced with a decision – whether or not to give permission for the immunisation of her first child, as recommended by his school.

Her decision and its ramifications remained in the box of letters until 2019, when Bobby’s surviving sister Joan, died in Adelaide aged 76, after a long and adventurous life.

Bobby’s teacher at St Sidwell’s Infants School in Exeter wrote two letters to Thelma Adams, the first expressing the thoughts and love from young children in Bobby’s class and a second letter, more poignant and then more pointed, written on the day of his funeral.

It talks of grief and love and how Thelma was a good mother to a boy who “had everything a mother’s love could give him”.

It ends with this stoic remark:

Your only regret must be that you did not give permission for him to be immunised.

That was because you thought it might upset his health. I know.

All my sympathy, Yours Sincerely,

Whether Tapscott was aiming to console the grieving mother or drive home the point regarding vaccines is best viewed in the context of the letter he wrote three days earlier.

“I cannot tell you how deeply grieved I am that your darling little Bobby has gone from us,” he wrote to Mrs Adams.

“Your loss is irreparable and our sympathy comes to you from everyone at this school.

“Although he was only here for eight and a half weeks, he endeared himself to one and all with his lovely smile and real boyish ways.

“Please accept these little nosegays (small bunch of flowers) from the little ones – they have brought them this afternoon to cheer up ‘Bobby’s mother’ – they were not asked for them – the children thought of it themselves.

“I have put them together just as they were brought so that you could see the love and affection came from many of his friends here.

“Miss Trump and the other teacher wish to express to you and your husband their very real sympathy. Please let me know if there is anything I can do for you.” 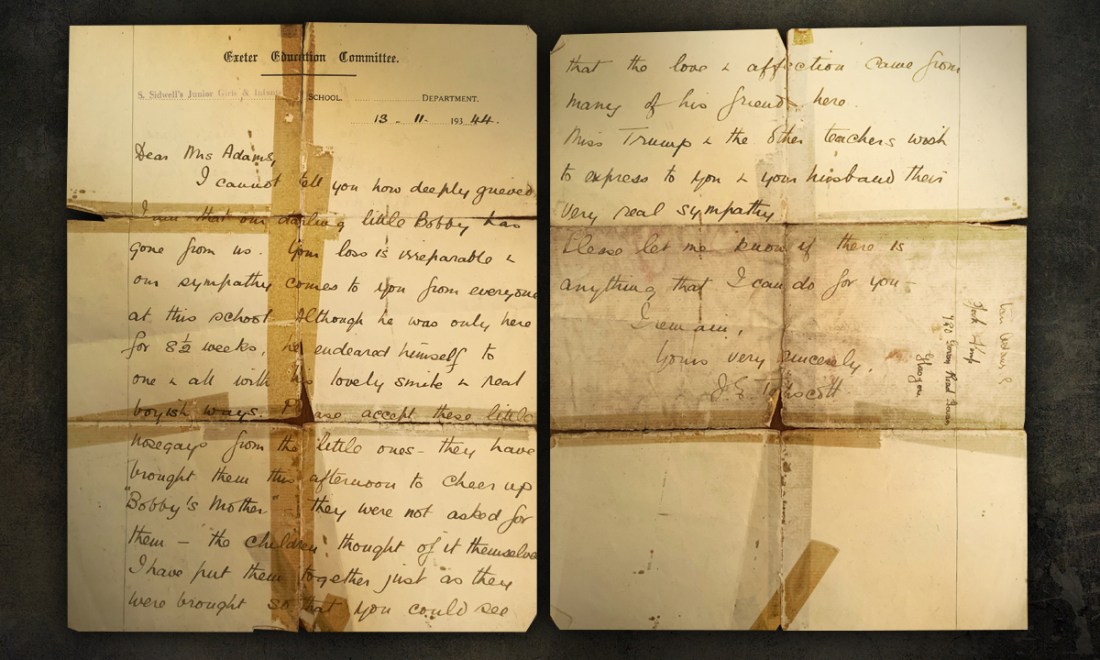 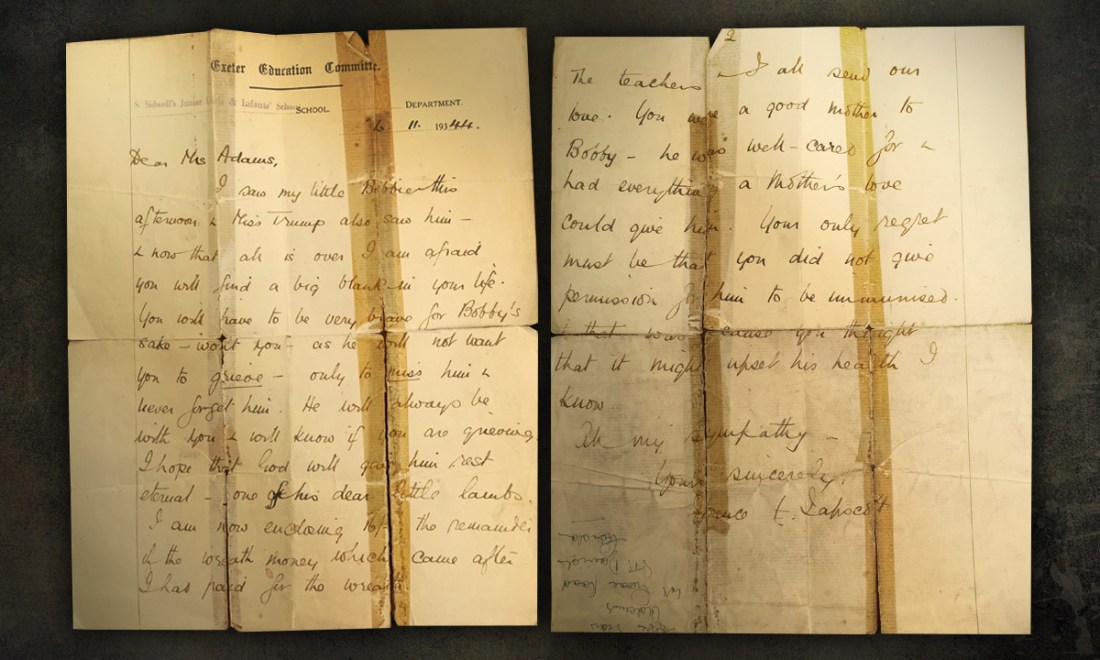 Three days later, after the funeral, the second letter was written and the emotions are raw.

“I saw my little Bobby this afternoon and Miss Trump also saw him.

“I know that all is over. I am afraid you will find a big blank in your life.

“You will have to be very brave for Bobby’s sake – as he will not want you to grieve – only to miss him and never forget him.

“He will always be with you and will know if you are grieving.

“I hope that God will give him rest eternal – one of his dear little lambs.

“I am enclosing 16 shillings, the remainder of the wreath money which came after I paid for the wreath. The teachers and I all send our love.

“You were a good mother to Bobby – he was well cared for and had everything a mother’s love could give him.”

At the time of Bobby’s death, more than 60 per cent of English and Welsh children had been vaccinated. Deaths from the disease dropped from their 1920 peak of 5000 per year to almost none by 1950.

In the year of his death, England and Wales recorded 50,000 cases of diphtheria, with numbers dropping to a few hundred by the end of the war in 1945.

The Adams’ story had another hurdle to jump: just after the war, Thelma and Stan’s third child, Maureen, succumbed to polio at the age of two.

There was no vaccine for this emerging disease, a tragic reversal of circumstances for the family. It would take until 1955 for the global rollout of a polio vaccine to begin.

In the years after 1944, middle child Joan grew up in Devon, with a double gap in her life, but with a clear understanding of the value of vaccines. 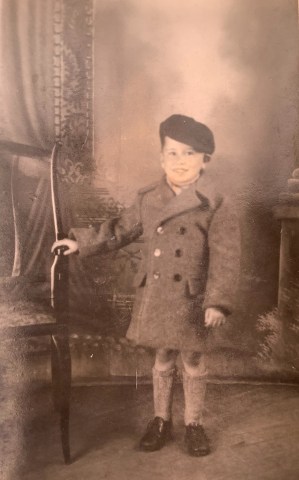 She migrated to Australia with her husband Clive Brown, following her daughter Sally’s move here in the late 1990s.

Sally, a former teacher, now working as a psychotherapist and clinical counsellor in Payneham, found the letters from Bobby’s teachers after Joan’s death in November 2019.

Coincidentally, it was when COVID -19 was emerging in Wuhan, China.

“As kids, we were vaccinated for everything,” she says.

“I remember falling off a bike and Mum was ‘right, off to the hospital for a tetanus shot’; there was never any question or doubt in her mind.”

Sally was initially taken aback by the stoic tone of the letter and the point made about her grandmother Thelma’s immunisation decision and the regret she should feel. She feels now that it was made with the best intentions.

“It says a lot that Thelma kept the letter and passed it on to her daughter, my Mum, who kept it and now it sees the light of day again at a time when vaccines, choices and regrets are again part of the conversation. Mum died 75 years to the day after Bobby.

“So here it is: Bobby’s story, Thelma and Stan’s story, my Mum’s story.

“What would they say today?”