The streets were dotted with fellow dog-walkers, with one neighbour out walking his Jack Russell declaring the scene like “a last meal before execution”.

“It’s going to be interesting,” said Karen Gillespie of the six days ahead.

Her property backs onto a neighbourhood reserve, and she says her two five-year-old Groodles, Cooper and Charlie, “come out here for a run every day”.

She anticipated six days of the pair of pooches pining by the back fence – “but at least there won’t be noises of other dogs to distract them”.

“This is what they consider to be their ‘greater’ back yard,” she gestures.

“They come out every night for a big run… we’ve got a backyard to play in, but I wouldn’t say you could run in it.” 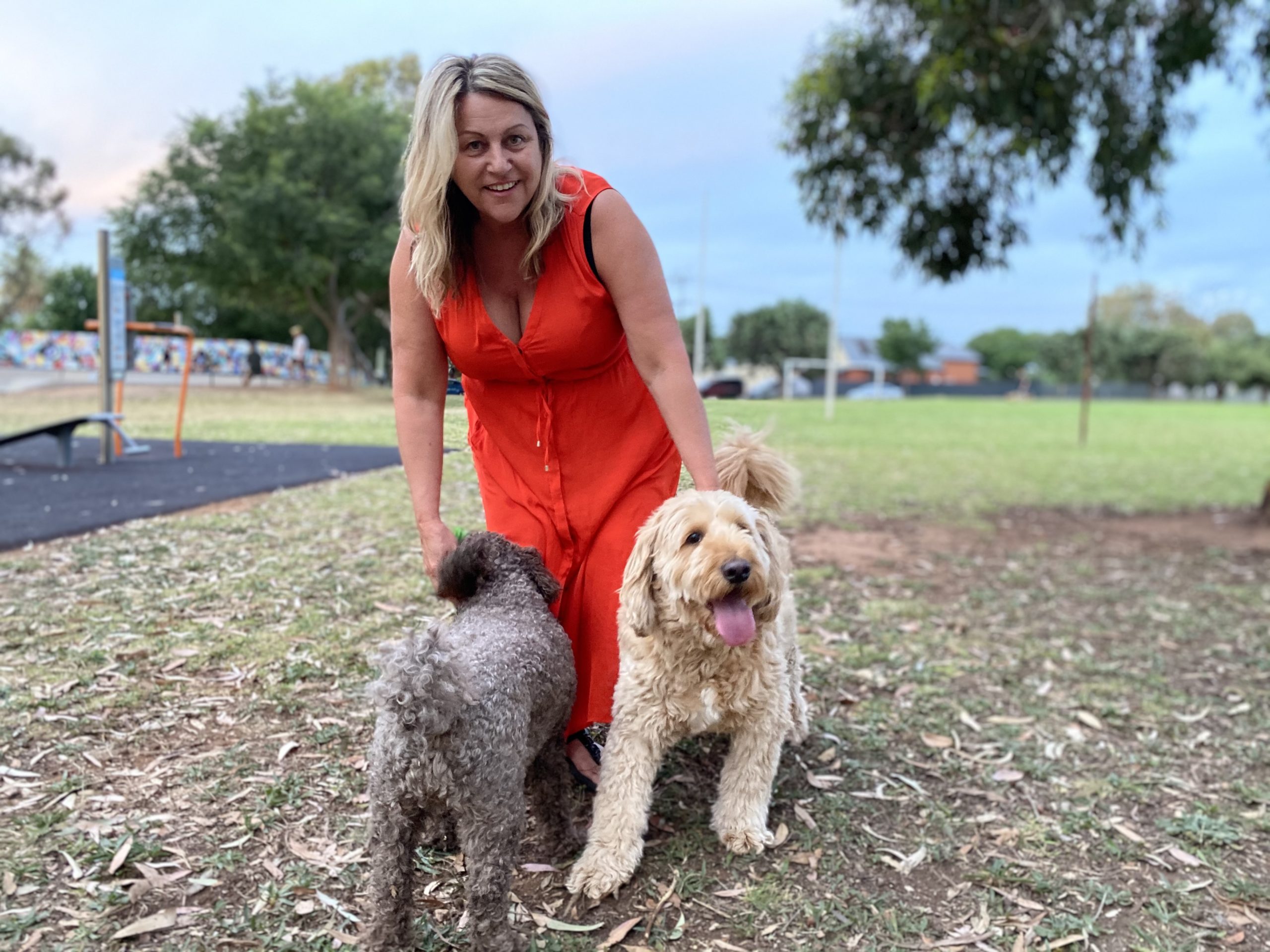 Cooper – who is the more social of the two, with Charlie a reputed “grump” – tends to make friends with the other neighbourhood dogs.

“It’s like they’re here in his yard – [so he thinks] ‘you’re here to play with me’,” Gillespie explains.

“I feel sorry for the people who have dogs in small backyards and apartments – they won’t have the opportunity to do anything. Mine have got a backyard, and they’ve got each other – so I don’t feel too bad for our dogs.”

She assures me “the social interactions are important for dogs, as much as they are for humans”, and casts a pitying eye on my exuberant two-year-old kind-of-golden retriever, happily making friends with Cooper.

“She’ll like having her family at home,” she says of the looming lockdown.

But, she said, most would be comforted by their owners working from home.

“The primary thing they want is us,” she said.

“The fact we’re at home with them and can do more things with them is nice and exciting for them, so they’ll probably quite like that initially.”

Some pets will have individual issues – Bradley says her dog “doesn’t like to toilet at home” – but a few days “shouldn’t be too taxing and they should quite enjoy it” if owners remember to lavish them with due attention.

Dog-owners of Adelaide were today contemplating what could be left of their lawns and furniture after six days of restricted movement for their increasingly irate charges, with health authorities this morning indicating the crackdown on ‘walkies’ – along with other outdoor exercise – could be the first strictures eased when they feel it is safe to do so.

Police Commissioner Grant Stevens told ABC Radio Adelaide this morning the ‘paws’ pause was “purely based on the advice from our health experts… exercise and walking your animals have been deemed to be not essential”.

He suggested there could be ways to walk dogs within the published restrictions, such as going to the local shop for essential items.

“If you’re walking to the shop on your own to get essential goods and services, then the answer is ‘yes’,” he said.

“Whether you take your dog or not is irrelevant.”

However, he emphasised this was not an invitation for people to “manipulate” the rules “to do exactly what they want to do”.

“We don’t want people to be smart-arses,” he said.