The Adelaide Football Club this week declared relocating its home base from West Lakes to new headquarters “close to or in the CBD” was a key priority under incoming chairman John Olsen.

The Crows previously shelved plans for a new facility on the site of the Adelaide City Council-owned North Adelaide Aquatic Centre, but it’s understood the club wants to capitalise on a promised $15 million federal relocation grant that it’s understood remains on the table.

Other sites likely to attract interest include the Adelaide Showground and SANFL’s new home at West Torrens council-owned Thebarton Oval, with the state league recently taking over the lease from the Adelaide Footy League, and set to build a new base with the help of $6 million in federal funding.

But Adelaide Footy League CEO John Kernahan, says there remains ample space at the facility for the Crows to become a co-tenant – a move he says will help unite the amateur and state leagues with the Crows, whom Olsen this week emphasised “came from the eight SANFL clubs”.

“To me, it would make perfect sense,” Kernahan told InDaily.

“Even with the Adelaide Footy League and the SANFL cohabitating there, it’s still an underutilised precinct – so it would make perfect sense to bring football together.”

Significantly, Kernahan said the former SA Amateur Football League had previously had “really concerted conversations” with senior figures at the club about shifting to Thebarton, but the SANFL – ironically, led at the time by Olsen – “got in while AFC took their eye off the ball”.

The Crows instead shifted their sights to the Aquatic Centre, but that proposal was met with vocal opposition from parklands preservation advocates – including former Olympic swimmer Denise Norton, after whom the targeted area was last year renamed.

Kernahan said Thebarton could at the very least provide a permanent home base for Adelaide’s two-time premiership-winning AFL Women’s team, which has played several home fixtures there, including its inaugural match.

“Keeping in mind there’s a third party to this, being the SANFL – they’d need to be a willing participant as well, but it’s certainly not anything we’d object to,” he said. 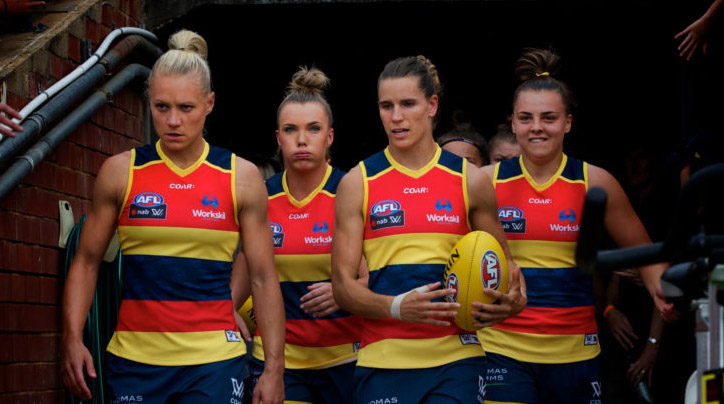 However, the SANFL – whose Grand Final between North Adelaide and Woodville-West Torrens will be played on Sunday – would appear to be less open to welcoming the Crows as a co-tenant. A spokeswoman said the league “is not in discussions with the Adelaide Football Club with regards to Thebarton Oval”.

West Torrens CEO Terry Buss said it was a matter between SANFL and the Crows “if that’s a discussion they want to have, but we’d certainly be supportive of it”.

It’s understood the Crows have previously baulked at the condition of the site’s northern oval, which would need significant remediation to bring to a level required for AFL training.

The club is putting an 18-month financial recovery plan in place by which time the club hopes to eradicate the debt accumulated in 2020 as a result of the coronavirus pandemic, which hit all AFL clubs had as match-day revenues collapsed.

But the club intends to move swiftly thereafter towards shifting to a new base.

The SANFL had previously eyed off a range of locations for its own needs, including the Adelaide Lutheran sports club grounds on the corner of South Tce and Goodwood Rd, the nearby Pulteney football oval and the Adelaide Showgrounds at Wayville.

The latter has also been publicly linked with the Crows move, with Showgrounds General Manager Michelle Hocking saying the Royal Agricultural & Horticultural Society had not been “formally approached by any club” about sharing the facilities “but we’re happy to have a conversation”.

The Aquatic Centre remains a live option, as it’s believed does a proposal previously flagged in 2014 for a site near Adelaide Oval leased by Adelaide University, although it’s understood the latter involves likely insurmountable regulatory hurdles.

Significant space is set to become available when the West End brewery closes on Port Rd next year, but the site costs and timeframe required for remediation are likely to rule that out of contention. 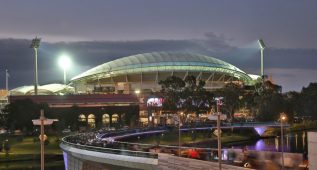 A club spokesman said today: “We are currently navigating our way through the financial implications stemming from COVID-19.”

“As previously discussed, building a new headquarters is a priority and we will continue to explore what is in the best interests of the club and most importantly, our members and fans,” they said.