The government-owned State Administration Centre on Victoria Square has been surrounded by fencing since the incident occurred during an evening early this month, with a “discrete tile” falling several metres – and through a plastic awning – to the footpath.

The building, which was taken off the market in 2017 after several failed attempts to sell it, houses bureaucrats from both the Department of Premier and Cabinet and Treasury, as well as the offices of Steven Marshall and Rob Lucas.

Lucas said the incident had prompted a “safety audit”.

“From the informal view that we’ve had, it appears to be a weakening in one particular area [but] they’re inspecting all the other areas to make sure it’s not something that can be replicated in other areas,” he said.

“Obviously if it had landed on somebody there would have been potentially serious injury issues.”

He said the issue appeared to have stemmed from “a particular cause: rather than “wear and tear or anything”. 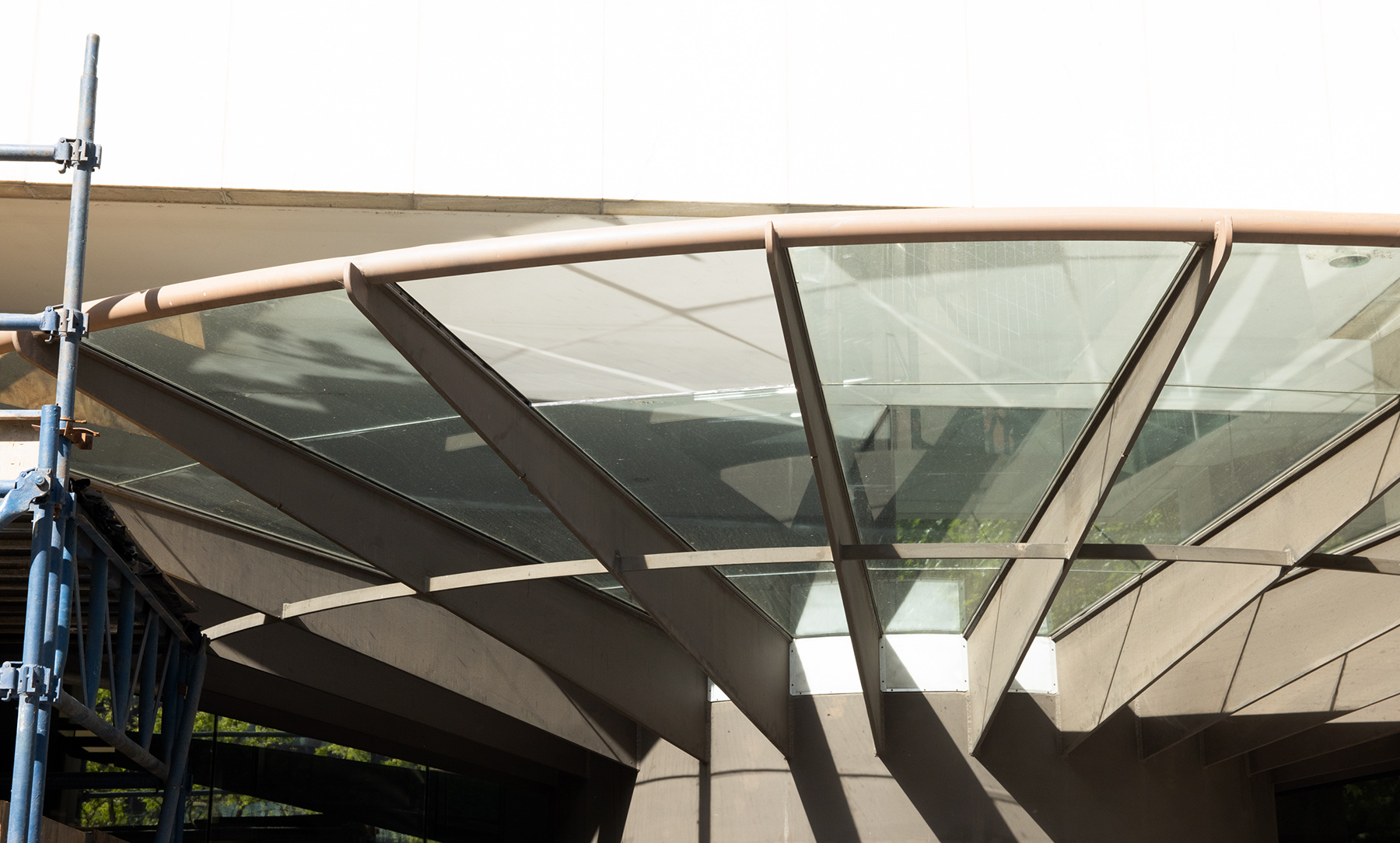 The awning through which the tile crashed. Photo: Tony Lewis / InDaily

A statement from the Department of Infrastructure and Transport, which owns the building, said “a discrete tile which forms the underside of an air intake grille on the State Administration Centre dislodged and fell to the ground”.

The agency said “no-one was injured and the matter has been reported to SafeWork SA”, who are conducting an investigation.

“The area fronting the building was immediately cordoned off to ensure public and worker safety, with a hoarding erected to form an exclusion zone and enable safe passage to the building entrance,” it said.