As first reported by InDaily, the property was put on the market in January by CBRE and placed under offer in June.

The application to remove the 11 significant trees on the site was lodged with the council on June 25 with the subdivision application following on July 20.

CBRE selling agent Harry Einarson has not responded to questions about the status of the sale sent to him on Tuesday.

However, it is understood the sale is subject to the approvals with the removal of several of the large trees proving the main point of contention.

Former Holdfast Bay councillor Linda Yates said she had last week lodged an application for the site to be listed as a State Heritage Place with the SA Heritage Council. She said she had also started a change.org petition to save several large trees on the site.

The Sturt Road home was built a century ago by Charles Wauchope, the son-in-law of John Balfour of the Balfours baking empire.

Wauchope was also an important part of the Balfours business and was its chairman when he died in 1932.

According to the City of Holdfast Bay’s historical records, the home had various owners through the 1930s, ’40s and ’50s until Lancelot Russell Le Cornu and his family purchased the property in the 1960s.

The famous South Australian furniture family has owned the property ever since. 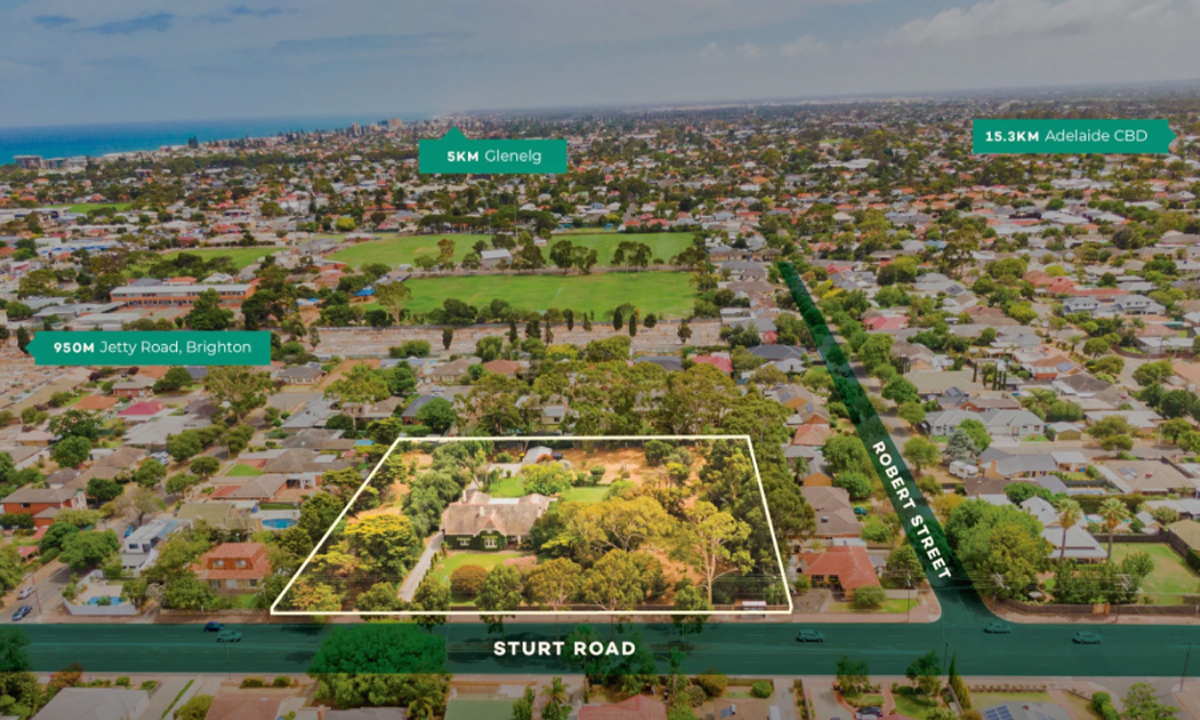 An aerial shot of the Sturt Rd property from the CBRE website.

Yates, who lost her seat on the council to former high-profile jockey Clare Lindop in the 2018 local government election, said the sale was yet to settle as far as she was aware.

She said she was yet to be told when her submission would be assessed by the SA Heritage Council.

“It’s yet another large property with a large garden that’s got heritage value in the area and a lot of our heritage is disappearing,” Yates said.

“The number of trees in the area is also very low and with canopies the size of those it would take hundreds of small trees to replace them.”

Yates said she would like the site maintained and as a family home or be converted into an aged care home or a kindergarten with a large garden.

The Brighton site is the latest Le Cornu property to draw attention.

Once the home to the furniture retailer’s flagship retail store, the site at 88 O’Connell Street North Adelaide has been vacant for more than three decades following a string of unsuccessful development bids.

Adelaide City Council agreed to purchase the site for $34 million in 2017 and has entered an agreement with a developer, understood to be Commercial & General.

Details of the proposed development are expected to be announced later this year.

The Le Cornu family’s most recent retail site across 3.6 ha on Anzac Highway at Keswick has been vacant since the iconic store closed its doors in October 2016.

The site was sold a year later for a reported $25 million to German grocer Kaufland and the land has since been cleared.

But Kaufland put the site on the market in January after it abandoned its plans for an Australia-wide rollout.