Central Market Authority chair Nick Begakis, who will relinquish his post later this month to prominent developer Theo Maras, told a city council meeting last night that there was “quite some trepidation within the market family” about the expected disruption caused by the redevelopment of the adjoining arcade.

Construction is slated to start in May next year and could take between two to five years.

The city council will demolish the arcade, which was last redeveloped in the 1960s, and build a 35-storey tower with ground and first-floor retail space, and an above hotel, apartments and office space.

The Central Market will be left intact and open for business during construction, however it is expected that car and pedestrian access will be impacted.

Begakis said the arcade redevelopment had been classed as a “strategic risk” by Central Market management.

“There’s quite some trepidation within the market family as some 76 traders and the 500 individuals that work at our market about the effect of the expected disruption over the next several years,” he said.

“You can imagine if one’s… spending $400 million next door it’s going to be a big hole in the ground for a long time.

“I would ask that the City of Adelaide needs to decide what sustained and long-term support is needed to ensure the Central Market continues to prosper.”

Begakis said the authority had presented the council with a plan to help mitigate the impacts of construction on market traders.

“We’ve had several conversations with the administration about what ACMA believes needs to occur before, during and after construction commences and, in effect, we believe work needs to start now,” he said. 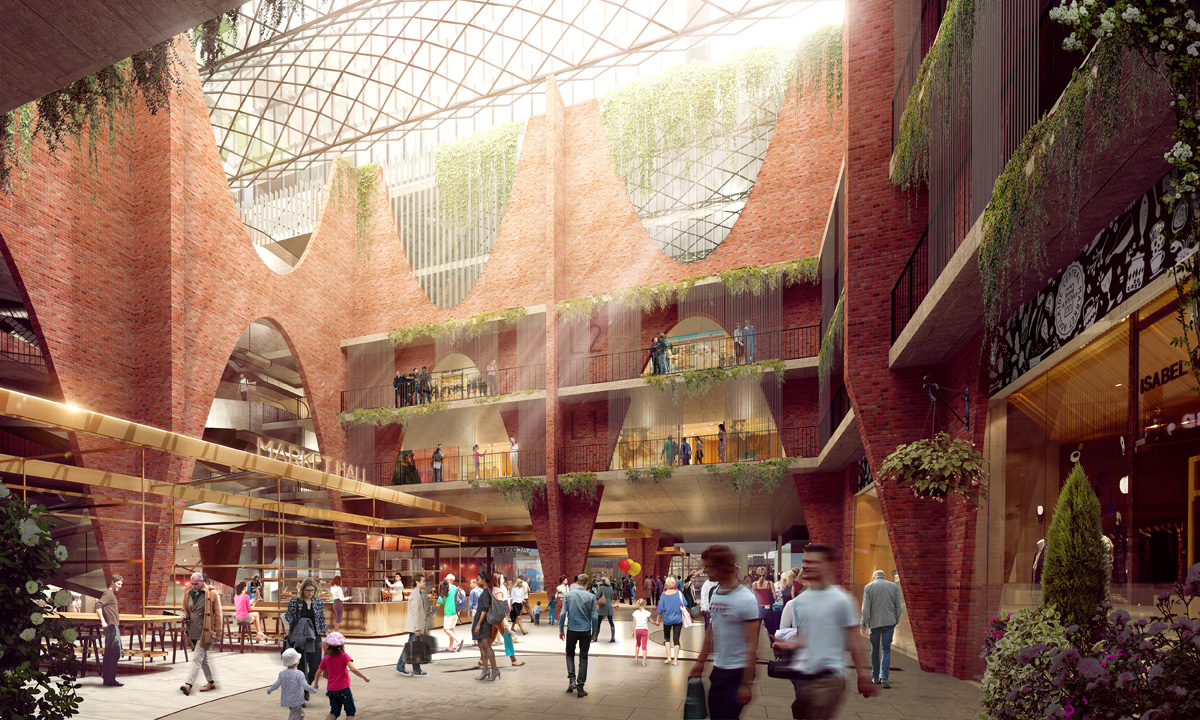 A Woods Bagot rendering of the inside of the redeveloped Central Market Arcade.

“I’m concerned about the development but I’m more concerned if we don’t do it,” the owner of Barossa Fine Foods and Angelakis Bros said.

“We’ve been working on this for about eight, nine years and we knew it was coming, and that it wasn’t something that we could do quickly.”

Knoll said the council and Central Market Authority needed to work on a plan to ensure the market’s “community feel” was maintained during the arcade redevelopment.

“We need to look at how we retain that specialness of the market,” he said.

“During COVID we introduced the click and collect and drive through services, so maybe it’s about expanding on that to ensure traders can still operate in diverse ways.

“We need to be more than just ordinary if we’re going to survive this.”

InDaily contacted the Central Market traders’ representative, Ivan Oulianoff, for comment, but is yet to receive a response.

CityMag reported in August last year that Spanish eatery Comida had decided to vacate the market, citing uncertainty about the arcade redevelopment as a major influence.

The council’s property associate director Tom McCready said the council expected “short-term disruption” during the arcade’s construction, but it had committed to minimise impacts on market traders, customers and surrounding precincts.

“Traffic management and street hoardings will be erected to address safety needs at all times, however pedestrian and loading access will be accommodated to ensure business continuity,” he said.

“Additional wayfinding, signage and marketing will also be implemented to assist the precinct.”

McCready described newly-appointed ACMA chair Theo Maras, who oversaw the redevelopment of Rundle Mall, as the “ideal person to lead the market and traders” during the arcade redevelopment.

He said the project would deliver a “new vibrant and commercial heart for Adelaide, creating jobs and showcasing the very best of SA’s food, wine and produce”. 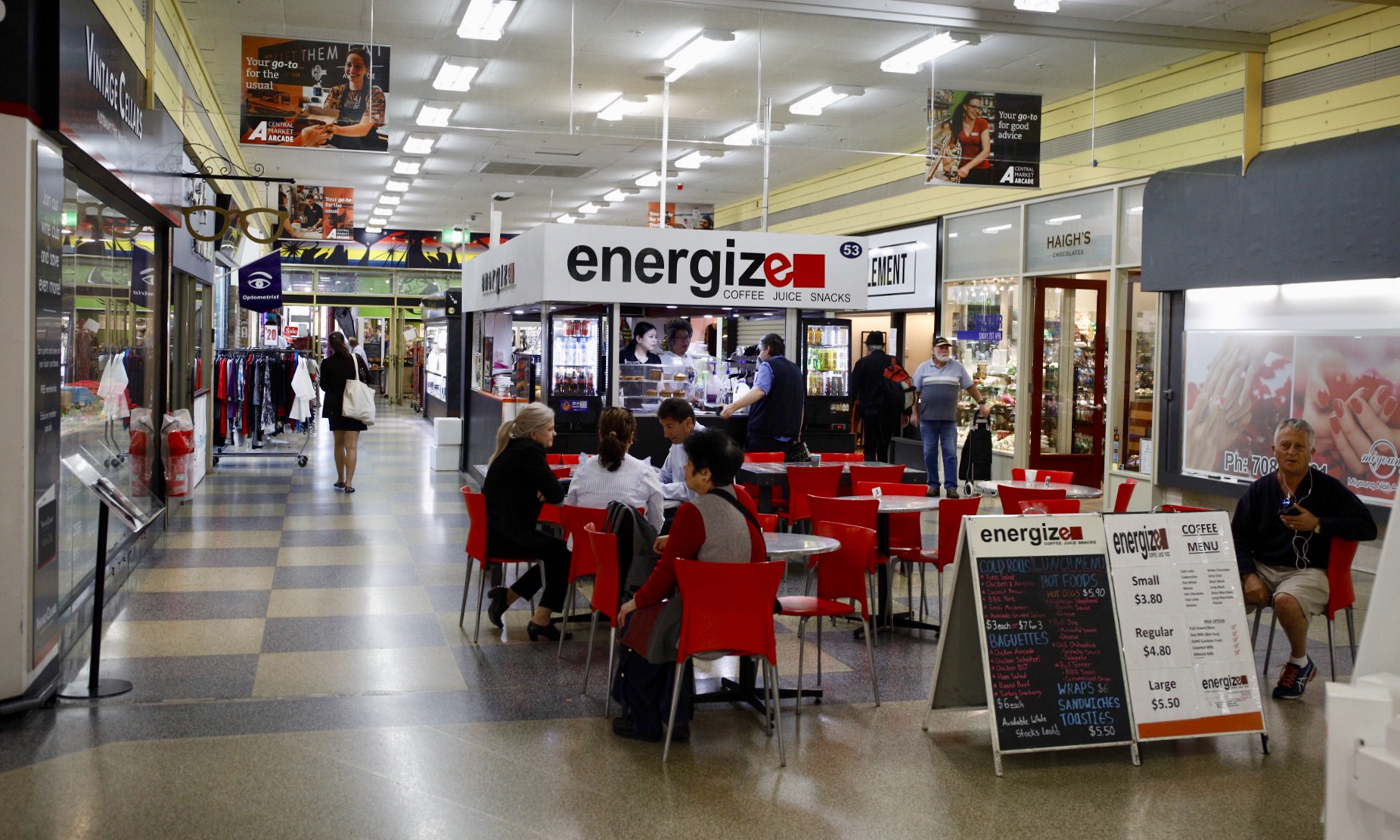 Central Market Arcade Traders’ Association president Kate Treloar said many shops in the arcade were disappointed that they were going to be “kicked out” when construction on the revamped arcade started.

The bookstore owner said traders were last updated on the project last year and they were still unsure about when they would be required to leave the arcade.

“They spoke then about offering some facilitation about what to do in the interim and applying to relocate back to the arcade once construction is finished,” she said.

“I don’t want to be kicked out but the arcade (redevelopment) is going ahead and I would like to have the opportunity to relocate back once we can.

“There will be a lot of people – traders here – who will be looking for vacant properties in the interim.”

Treloar said the impact on Central Market traders would be “huge” during the arcade construction period.

“There’s going to be construction going on just metres away from where food is served,” she said.

“As a long-time market-goer and some one who cares passionately about the market, I do have concerns and traders probably have concerns too.”

The council says existing Central Market Arcade traders have been provided with leases ending in September, with a six-month redevelopment clause.

It says arcade businesses will be able to continue trading through the Christmas and New Year period.