Rosenberg, who retired almost two years ago after a long career in local government and lives on a farm at Willunga, said the paintings were taken over the weekend from a Macclesfield property owned by her daughter.

The house has been on the market for several months, and Rosenberg had loaned the artworks, furniture and other items to help present it for sale.

The break-in occurred sometime between around 1pm on Saturday and 11am on Sunday, during wet and windy weather. 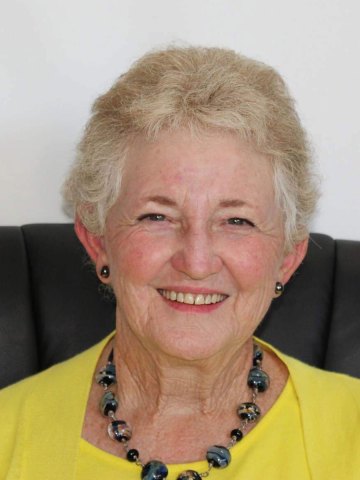 “Robbers know that’s the best time to rob because nobody in the neighbourhood is out and about – that’s obviously what went through their minds,” she told InDaily.

“The entry was through one of those hopper windows… they took nothing else, just my art. They clearly knew what they were doing.”

Police are investigating the burglary, which Rosenberg suspects was carried out either by someone who had viewed the property or knew the artwork was there.

She estimates the value of the collection at between $10,000 and $20,000. Although it was insured, she said that for her the paintings were irreplaceable.

“It’s a collection I’ve been making for 25 years, so it’s pretty devastating…

“I’m nearly 70, so I’m not going to build another art collection now that really matches what I had – and I’m a pensioner now, so I don’t have the money.”

The collection comprises both framed and unframed artworks, mostly oils on canvas and some pen and ink works. It includes a number of larger works of around a metre or more in size.

The works are all by South Australian artists, including names such as John Lacey, Ray Manhall, Peter Heinjus and Lyn Robins.

Rosenberg says she especially likes landscapes and “a bit of quirky art”.

“They all appealed for different reasons … what I liked about the collection is that it represented our region, because this is an amazingly spectacular region.

“There’s one, for instance, that just represented Goolwa – of boats in the water … if you know Goolwa, it has a special feeling to it.” 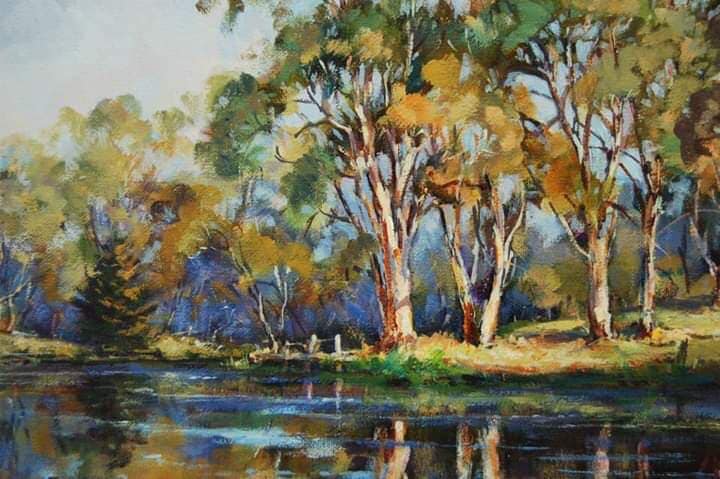 A landscape by South Australian artist Peter Heinjus – one of the stolen paintings.

Rosenberg has shared photos of some of the paintings on her Facebook page, in the hope it will help to track down the stolen works. Two of the artists she has approached for photos of their stolen works have also offered to repaint them.

“I think the more that people share the information and keep their eyes open, the more likely it is that police will find one, and if we can find one we will hopefully find the rest.”

Rosenberg spent 12 years as mayor of Onkaparinga, which faced controversy during her final term over council spending. She decided not to stand again at the 2018 election, stating at the time that she wanted to spend more time with her family and looking after her farm.

She is still active in the community, with roles on local organisations such as the Aldinga Bay Surf Life Saving Club and Lions, and says she is kept busy on her 32ha Willunga property, which runs Black Angus cattle and has a woodlot.

“I spend most of my time in my garden or on my farm… and reading books.” 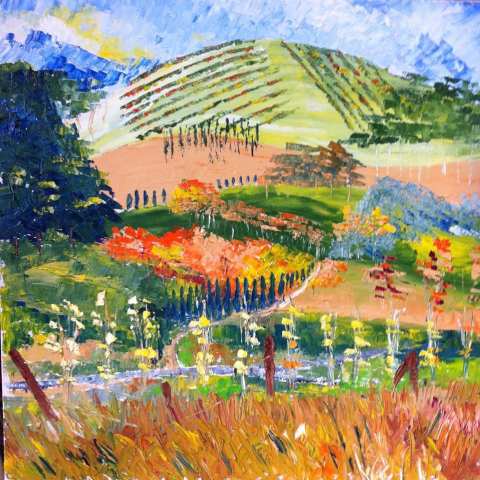 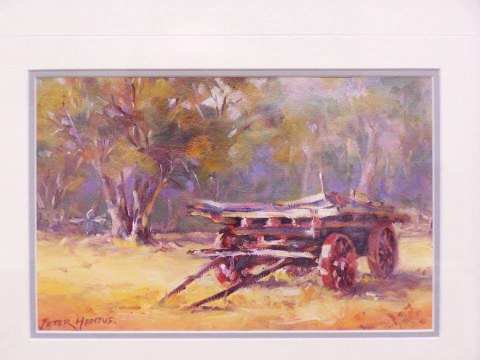 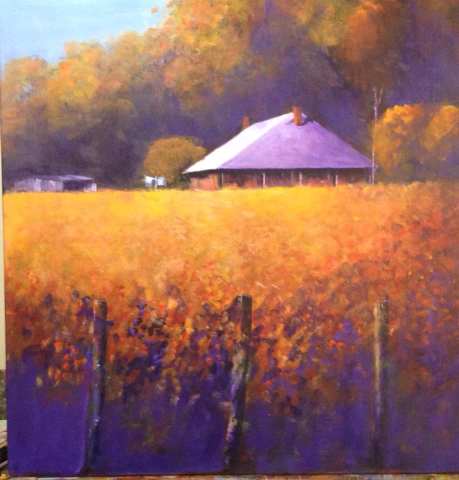