The centre, which helps about 200 people experiencing homelessness each day, described last night’s decision as “an unfortunate and unnecessary waste of ratepayers’ funds” that could in turn see the charity forced to pay “extensive” legal fees to defend its right to operate on the street.

State Opposition Leader Peter Malinauskas this morning announced he is considering drafting a private member’s bill that could override the Adelaide City Council’s decision, pending support from the centre and community.

But Lord Mayor Sandy Verschoor has spoken in support of the review, claiming it would “put to bed once and for all” the long-running neighbourhood feud pitting the 65-year-old Centre against some traders and residents, who claim the charity incites criminal and antisocial behaviour in the city’s southeast.

The council last month voted to commission an independent legal review of the impact of the Centre’s land use on its neighbours following a push from Deputy Lord Mayor Alexander Hyde and with the support of the Team Adelaide majority faction which he is credited as leading.

The review, which has already cost ratepayers $2600 on preliminary advice, will be conducted “at arm’s length” from the council by “experienced planning law experts” and will also determine whether past Hutt Street Centre renovations were lawful.

It follows a Council Assessment Panel decision in April to unanimously approve a $2 million upgrade at the centre, despite claims from some neighbouring traders and residents that the renovation, which has since begun, is unlawful.

The politicisation or manipulation of this issue is unfortunate to put it mildly.

Lord Mayor Sandy Verschoor did not vote, but she said she was in support of the review as it constituted “a challenge to a procedural matter”.

“It is the politics of division (and) I’m very sad that it actually comes in to the chamber in that way,” she said.

“I am in support of the Hutt Street Centre in terms of their modernisation plans… because I do believe they are trying to address the problems in the street.

“I’d like to put this (Hutt Street Centre criticism) to bed once and for all and this is one way to do that.”

The Arab Steed Hotel, the owner of the St Andrews Medical Centre building, Colorectal SA and restaurants at 242 Hutt Street hired lawyers to argue against the Hutt Street Centre upgrade, while the Hutt Street Traders Association said it “vehemently opposed” any redevelopment, as “what happens in southern Hutt Street impacts the brand, amenity and prosperity of the whole street”. 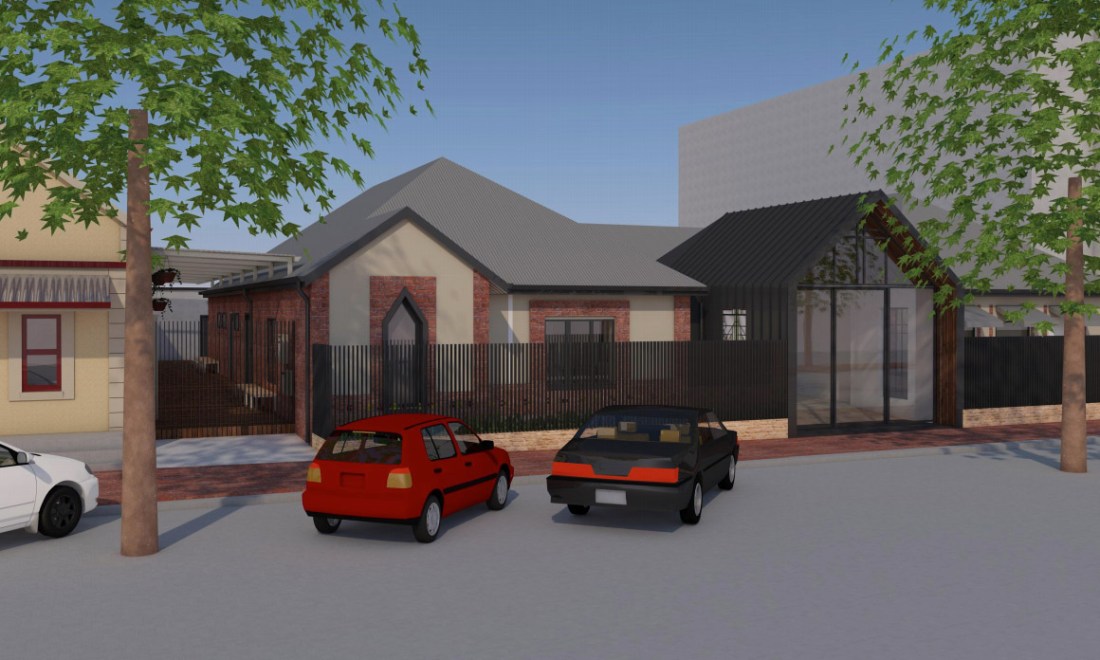 Hutt Street Traders Association president Colette Slight, who owns Acacia Arts, told last night’s meeting that a legal review was a “fair and equitable way” to provide certainty to the precinct that the centre was operating lawfully.

“It comes down to Council’s core responsibility for planning – a responsibility laid out by law and conferred upon the council by the Government of South Australia,” she said.

“The politicisation or manipulation of this issue is unfortunate to put it mildly.

“It has left a sour taste in the mouth of many local residents and businesses who merely wish to have the confidence that every business and organisation on the street is acting in accordance with the law.”

Slight said the association had engaged in a dozen mediation sessions with the Hutt Street Centre, which ended “unproductively”.

“Ignorance may be bliss for some, who believe this is too awkward a conversation for them to have, but it is not those who I represent, who are exposed to anti-social behaviour every day.”

SA Police told a parliamentary committee last year that the Hutt Street Centre is “incorrectly” blamed for crime, with the street accounting for less than two per cent of reported crime in the CBD.

In times when finances are tight, they’re agreeing to pay for an unnecessary review of our operations

The Hutt Street Centre argues it has already conducted a “significant review” of its development history and is confident it has complied with planning law.

“Our legal advisers have also indicated that due to the complexity of the proposed review, the associated costs could be extensive,” chief executive Chris Burns said in a statement.

“It’s a shame to see the Adelaide City Council was divided on this issue, and in times when finances are tight, they’re agreeing to pay for an unnecessary review of our operations.”

He said the review could potentially cost ratepayers up to $100,000 and would “open the door… to every single person who has a grievance about the activity of a neighbour” to request a legal review from the council.

InDaily reported last month that Malinauskas had pledged to explore “all parliamentary options for intervention” if the council did not rescind what he described as an “abhorrent and deplorable” decision.

He told InDaily this morning he would consult with the Hutt Street Centre about drafting a private member’s bill to “protect their position”.

Asked if the proposed Bill would seek to override the council’s decision, the Labor leader said the party wanted to “assess all those options”.

“The Adelaide City Council has chosen an economic crisis as a time to review the operation of the Hutt Street Centre,” he said.

“I think its decision is shameful, it’s not consistent with who we are as a state and it lacks a sense of compassion.”

Labor shadow assistant minister Emily Bourke wrote to city residents in May asking for feedback on whether “the iconic (Hutt Street) centre should remain, or should it be moved on to support further development”.

Meanwhile, councillors last night also voted to reduce grants for city-based charities and community groups, including the Hutt Street Centre, to one year instead of the council staff-recommended three years.

The council will conduct a review of its grant application guidelines after one year to determine whether charities and community groups are eligible for the remaining two years of grant funding.

Khera, who suggested the move and who last week described the Hutt Street Centre as “arguably the most powerful business in the street”, said doing so was about “prudence and caution, particularly given the situation (the council) has encountered with COVID”.

“No one wants to see any reduction in the amount of resources that are applied to homeless services,” he said.

“There are substantial amounts of money being given to substantial groups (and) ratepayers have every right to expect that Council has exercised their decision when it comes to grants that is informed.”

Hyde added: “now in the COVID-19 pandemic that the entire world has been engulfed by, it’s incumbent upon (the council) to be extra careful in the expenditure of public funds”.

But Simms said the move to”cut” grant funding was “hypocritical” and akin to a “double standard” in light of the decision to proceed with the Hutt Street Centre review.

“Just a few minutes ago the Deputy Lord Mayor proposed we spend tens of thousands… on a review that we don’t know how much is going to cost,” he said.

“We should be looking at what we can do to provide certainty to these organisations that work with the most vulnerable members of our community at this time, not nit-picking over their grants in this way.”

Khera said the move would not “cut” charity grants, as the council could end up allocating more funding following the review.

In accordance with the decision, The Hutt Street Centre, which applied to receive $150,000 over three years to deliver its “Pathways to Wellbeing, Engagement and Connection” project, now only has $50,000 in guaranteed grant funding.

Area councillor Anne Moran said she would lodge a complaint to Local Government Minister Stephan Knoll, the Local Government Association and the Australian Services Union about the length of council meetings.

Last night’s nine-hour council meeting finished at about 2.30 this morning.

“No good decision-making is possible at that late hour,” Moran said in an email to all councillors and staff.