Malinauskas told InDaily he is considering “everything from resolutions of support to legislative options” to prevent the city council from proceeding with its controversial decision to commission an independent legal review of the homeless service provider’s compliance with land use regulations.

The resolution, which passed at Tuesday night’s council meeting following a push from Deputy Lord Mayor Alexander Hyde and with the support of the Team Adelaide majority faction of which he is credited as leading, also asks for the legal review to determine the impact of the Hutt Street Centre’s land use on neighbouring businesses and residents.

It followed last month’s unanimous Council’s Assessment Panel (CAP) decision to approve a $2.2 million upgrade of the 65-year-old centre, following claims from some neighbouring traders and residents that the development would contravene land use regulations and increase anti-social and criminal behaviour.

Malinauskas said this morning that the council’s decision was “completely inconsistent with any sense of humanity and compassion to those members of our community who are the most vulnerable, at one of the most vulnerable times we’ve experienced in a generation”.

He said Team Adelaide, which is comprised of mostly Liberal Party members, should rescind the motion to ensure councillors who were not present for Tuesday’s vote – including non-Team Adelaide affiliates Anne Moran and Helen Donovan, and newly-elected central ward councillor Greg Mackie – could vote.

“I think councillor Hyde and Team Adelaide should be ashamed of themselves,” he said.

“This resolution is abhorrent and deplorable.

“The idea that a council that apparently does not have the capacity to provide rate relief to those businesses that have been forced to close can find the capacity to fund a legal opinion that seeks to undermine the very ability of the Hutt Street Centre to provide its services in that location is completely reprehensible.

Hutt Street businesses including the Arab Steed Hotel, the owner of the St Andrews Medical Centre building and Colorectal SA opposed the Hutt Street Centre upgrade, hiring lawyers to argue that the organisation attracts more clients now then it did in 1995 when the land use regulations were set and, as such, the renovations would facilitate an unlawful expansion.

Hyde, a Hutt Street resident, said on Tuesday night that if the legal review deemed that the Hutt Street Centre was not abiding by land use regulations then the council could “draw a line in the sand” on the number of clients that could visit the centre on a daily basis.

Malinauskas described Hyde’s remark as an “appalling proposition that is completely inconsistent with the very ethos of the Hutt Street Centre”, which is to not turn anyone in need away from its services.

“The best-case scenario here is that the council pull their head in, rescind this resolution, put the money that they’re going to spend on legal fees to better use and allow the Hutt Street Centre to get on with the job,” he said.

The Labor leader also pointed to SA Police statistics released last year, which show Hutt Street accounts for less than two per cent of reported crime in the CBD.

At the time of the data’s release, senior SA Police officers said they felt “sorry” for the Hutt Street Centre for being “incorrectly” blamed for inciting crime in the city’s southeast.

“During his own time as Police Minister, Mr Malinauskas was directly responsible for the safety of the Hutt Street precinct between 2016-18 and completely failed the residents and businesses, hiding behind statistics which do not detail mental health issues and only detail crimes that are followed up by SAPOL, when most incidents (along Hutt Street) are not even reported,” he said.

“I have not sought to lay blame on the centre or the traders throughout this poorly-handled debacle, however if Mr Malinauskas wishes to weigh in on the matter he can start by taking a long hard look at his government’s long list of public policy failures over the 16 years they were in power and his own time in cabinet.

“Separate to the independent land use review, we are now making progress to fix this problem.” 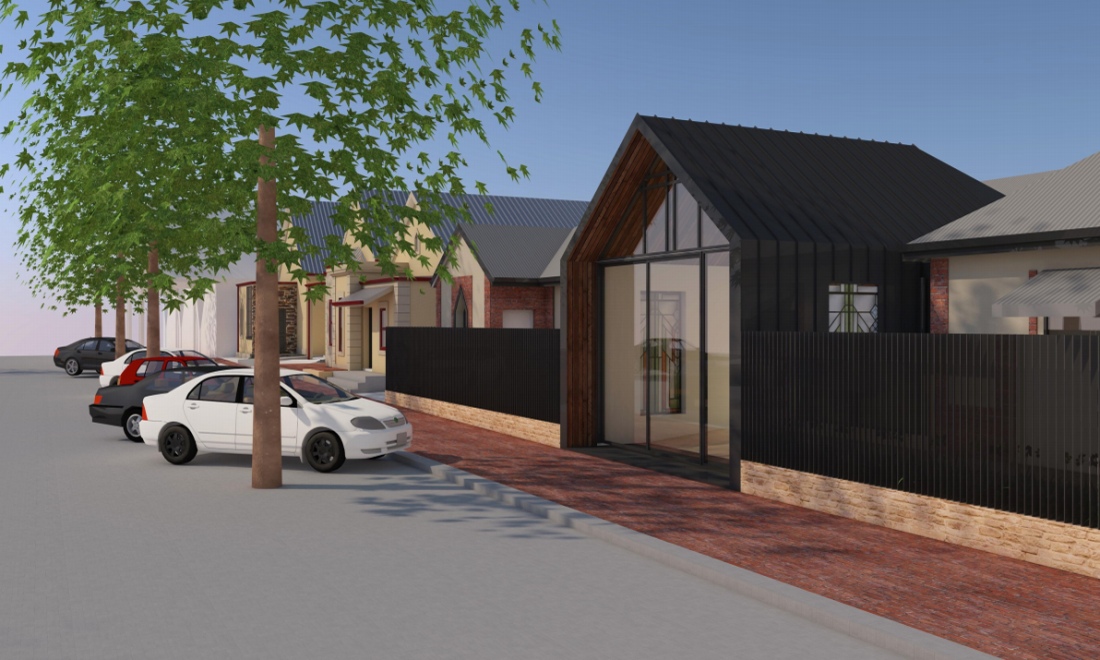 A State Government spokesperson told InDaily the Hutt Street Centre legal review was an issue for the Adelaide City Council.

“We recognise and acknowledge the Hutt Street Centre undertakes an important service for our most vulnerable South Australians via their homelessness and emergency services, even more so right now during the current coronavirus pandemic,” they said.

Lord Mayor Sandy Verschoor, who did not vote on the council decision, said the Hutt Street Centre “provides an invaluable service to some of our most vulnerable community members”.

“Council continues to work closely with HTC and other service providers to bring an end to homelessness in our city,” she said.

The council’s place director, Klinton Devenish, said yesterday that the council had already spent approximately $2600 on preliminary legal advice regarding the CAP’s decision last month to approve the Hutt Street Centre upgrade, but he was unable to detail the cost of commissioning the legal review.

Hutt Street Centre CEO Chris Burns said his organisation was trying to not let the council decision distract it from its work of supporting more than 200 homeless people who access its services daily.

“We’re confident that we are compliant,” he told InDaily this morning.

“We’ve done our checks and balances, so we just have to sit back now and let this process run through.

“There’s a chance that, whatever the review comes up with, we’re going to have to contest, so that’s going to be more legal costs for us at a time when we’re trying to help people through the COVID crisis.”

Burns said that if the legal review deemed that the centre was not abiding by land use regulations then it would modify its services.

“If we need to modify our practices and work out other ways of doing it through outreach or other means we will, but we’re pretty confident the review is not going to turn up with anything that says we’re exceeding what we’re entitled to do now.

“If it does reveal that then we will quite probably make an application that says due to circumstances and whatever reasons we need to provide further support.”

Burns estimated the number of people forced into homelessness in Adelaide could double from 300 to 600 by October.

“It’s a horrible thing to predict and to be talking about, but that’s the sort of thing we need to be preparing for and what we’re looking at now is how do we prevent them from becoming homeless, how do help them if they start to become homeless and get them out of it as soon as possible.” 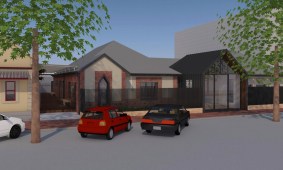 He said the legal review would not prevent the Hutt Street Centre from progressing with its approved $2.2 million upgrade, which is due to start in early June and involves demolishing the inside the building to make way for a new front foyer, laundry, recreation spaces, canopy and outdoor kitchen.

The Hutt Street Centre says the renovations are not intended to increase the number of clients or change its service offering; rather, to improve safety and security at the site by reducing loitering outside, and improving access into and out of the facility.