It followed last month’s unanimous Council’s Assessment Panel (CAP) decision to approve a $2.2 million upgrade of the 65-year-old Centre, following claims from some neighbouring traders that the development would contravene land use regulations.

Businesses including the Arab Steed Hotel, St Andrews Medical Centre and Colorectal SA opposed the upgrade, hiring lawyers to argue that the homeless service provider attracts more clients now then it did in 1995 when the land use regulations were set and, as such, the renovations would facilitate an unlawful expansion.

The Traders Association also said it “vehemently opposed” any Centre redevelopment, as “what happens in southern Hutt Street impacts the brand, amenity and prosperity of the whole street”.

Hyde, who proposed the legal review, said last night that the council should engage “experienced planning law experts” to determine whether the Hutt Street Centre was operating in accordance with land use regulations.

“I actually think it’s a real failing of Council that over the past three years we haven’t really provided real leadership and direction in this regard,” he said.

“We’ve left these questions unanswered and in that vacuum we have allowed our ratepayers – and that includes the Hutt Street Centre as a key deliverer and holder of social services – to essentially have a boxing match over three years where they’ve been disputing things one way or the other.

“If we don’t have an answer to this question then this will drag on ad infinitum and our ratepayers and our stakeholders will continue playing fisticuffs and trying to battle it out.”

Hyde said that if the legal review deemed that the Hutt Street Centre was not abiding by land use regulations then the council could enforce a limitation on the number of clients that visit the centre on a daily basis – bypassing the Hutt Street Centre’s ethos of not turning anyone in need away.

This is the most disgusting, vile motion I’ve seen

He said doing otherwise could place the council at risk of future legal action, as it is the planning authority in charge of ensuring that landholders comply with development approvals.

“You’ve got about 100 people visiting Hutt Street every day that are suffering from mental illness and that has effects.

“What COVID has actually shown us is that these services can be delivered to people in their homes because the majority of clients are actually not homeless, they are housed, but they are accessing other vital services that the centre delivers.”

Hyde, who described himself as “among the most vocal people when it comes to support for homeless services”, won support from the councillors aligned with the Team Adelaide majority faction of which he is credited as leading, including Franz Knoll, Simon Hou and Mary Couros.

Independent councillor Jessy Khera also voted in favour of the motion, while Team Adelaide affiliate Arman Abrahimzadeh did not vote due to a conflict of interest.

North ward councillor Phil Martin, who voted against the motion, said the council was “beyond redemption”.

“This is about beating the administration around the head to achieve the goal that has been long sought by rednecks in his neighbourhood to close the Hutt Street Centre,” he said.

“It is being proposed in the most discriminatory fashion I have ever heard that we should somehow come to our sense and reassess whether it should be there.

“This is the most disgusting, vile motion I’ve seen.  My feeling is I just want to get up and leave. It is just sickening.”

Area councillor Robert Simms said that Hyde was engaging in “dog-whistle politics” by “demonising vulnerable people in our community”.

“I cannot fathom why, in the middle of a pandemic, when council resources are so scarce, a member of this council would be advocating for us to waste council resources on a witch-hunt against an organisation that supports homeless people in our city,” he said.

“What we do not need is this council whipping up hysteria, whipping up a moral panic around a decision that has already been made.”

Both Martin and Simms asked Hyde to withdraw his motion, but he declined.

“This is not actually about shutting down the Hutt Street Centre at all… because it’s about providing clarity for our residents and ratepayers in this precinct,” Hyde said.

“At the moment it’s a noose around our neck on Hutt Street.

“We don’t have an answer for it, our stakeholders are battling it out by themselves and the council has provided no leadership on the matter. 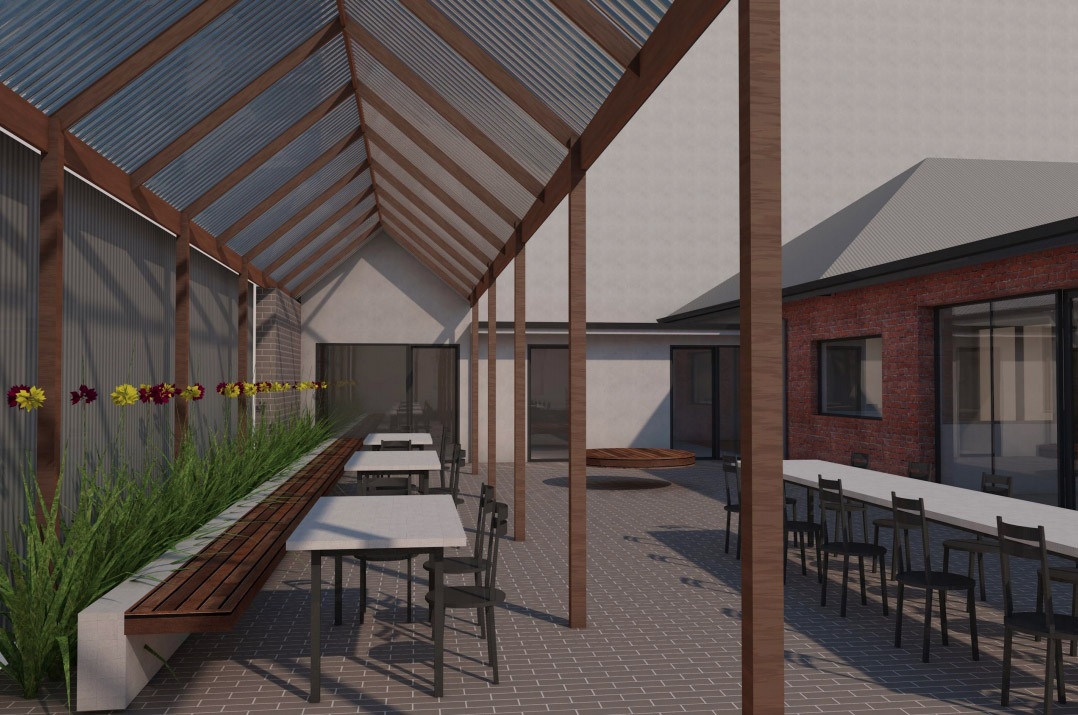 In a statement this morning, Hutt Street Centre CEO Chris Burns said the organisation would cooperate with the legal review but “the council would receive better value for its ratepayers’ money by helping the city’s residents in need”.

He said the $2.2 million redevelopment, which will start in early June and includes demolishing the inside the building to make way for a new front foyer, laundry, recreation spaces, canopy and outdoor kitchen, would result in a “lesser impact” on surrounding businesses and residents.

“We are confident that we are operating within the terms of our existing use rights and approvals, and do not see the need for yet another review,” he said.

“The money spent on a review of previously approved and historic land use agreements could be better spent on delivering services to the homeless.

“We have been operating from our existing premises since the Daughters of Charity established its services here more than 60 years ago, and we are doing our best in these troubling times to meet the needs of those struggling to find a permanent home.”

InDaily reported on Monday that council staff had sought preliminary legal advice, which stated that there was “no need” for the council to undertake any legal review of the Hutt Street Centre development approval.

“To be involved in the process may be deemed inappropriate given CAP’s independent role,” staff wrote.

The council’s CEO Mark Goldstone last night said that the staff who wrote the comment “probably incorrectly assumed” that Hyde’s motion sought to commission a legal review about the decision of the CAP, rather than the Hutt Street Centre’s compliance with planning law.

He said releasing the legal review to the public could prejudice the council.

“I do appreciate that in certain circumstances, public interest considerations may outweigh any waiver of privilege and that really comes down to a political decision, rather than an administration decision,” he said.

“The advice is quite clear from my perspective and that is it’s always best if we’re able to, to protect our privilege when dealing with legal advice.”

However, councillors voted to have the review released to the public once it is completed.

“While I appreciate it is unorthodox to release legal advice, I think the public interest test here demands that in order for us to instil confidence in the stakeholders in this precinct we do need to show them the same advice that we’re acting on,” Hyde said.

The council’s place director, Klinton Devenish, told InDaily this morning that the council had spent approximately $2600 on preliminary legal advice relating to the CAP decision to approve the Hutt Street Centre redevelopment.

“Administration obtained general preliminary advice concerning the possible legal implications shortly after CAP’s decision was made and any desirable actions on the part of Council,” he said.

He said the council was currently unable to say how much it would cost to commission the independent legal review.

Last night the council also voted to retain the $95,000 it previously flagged as a savings measure for the Adelaide Zero Project to end homelessness following a separate motion lodged by Hyde.

However, that funding will only be spent if the State Government also pledges additional funding towards the project.