Nominations to fill resigned central ward councillor Houssam Abiad’s vacant seat closed at midday today, with a list of all the confirmed candidates to be published on the council’s website this afternoon.

Abiad, who abruptly quit the council in January to pursue a career in Saudi Arabia, was credited as a key instigator of the Team Adelaide majority faction in the lead up to the 2018 local government elections.

His departure left the faction without a working majority at Town Hall, meaning the newcomer will effectively act as powerbroker on the council – choosing to side with either of the two main voting blocs or remain independent.

Siding with the dominant Team Adelaide faction would cement the bloc’s power in the chamber. Becoming friends with the opposing “so-called independents” would create a deadlock between the two factions.

Whatever the outcome, the May 11 election will have significant ramifications on the political makeup of the council as it faces the mammoth task of balancing its finances in the wake of COVID-19.

Here is an alphabetically-ordered list of candidates who have told InDaily they are in the running to become central ward councillor. 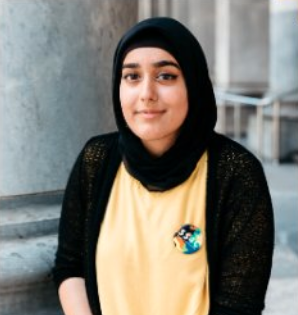 Khan is co-founder of the Adelaide #ClimateStrike movement, which organised a 20,000-person city protest in September last year to demand action on climate change.

“I have been interested in running ever since I turned 18,” she tells InDaily.

“If we want to make Adelaide a city for young people I really think we need a young person at the forefront to sit on the table.

“It’s exciting to be running but it is also quite scary because everyone else has the experience, but I definitely think there is something I can bring that others can’t.”

Stronger action on climate change and helping city businesses recover from the economic fallout of COVID-19 are some of Khan’s priorities.

She is proposing the council provide rent relief, reduce rates and fees, and make the city more “take-away friendly” by rolling out 30-minute free parking zones.

As for where she would sit politically in the chamber, Khan is adamant she will serve as an independent representative.

“If elected I would purely represent the community and not engage in petty factional politics, which I think is pretty immature.”

Publican, event manager and Labor Party member Gareth Lewis says if elected, he will have “a whole lot of time on his hands” to serve as central ward councillor in the wake of COVID-19.

“The impact of coronavirus is obviously devastating on the hospitality industry and a lot of people are going to lose their livelihoods, probably myself included,” the Kings Head Hotel owner says.

“I aim to be that voice for hospitality on the council and unfortunately the hospitality industry is a little bit disregarded in that area.

“We’re always put up as the bastion of vibrancy in the city but the whole industry is pretty much very fragile.”

Lewis says “it’s more important than ever” that the council supports the hospitality, retail and events sectors by cutting red tape and reducing fees and charges.

His policy platform includes pledges to advocate for the establishment of a “night mayor”, a “pragmatic” social housing policy and a “permanent outdoor music bowl allowing Adelaide to host quality music events in the city”.

“I’ve lived in the city, I have property in city, so I’m very much pro-population growth, activation and all that kind of thing,” he says.

“I want to see Adelaide thrive how it has done over the last 15 years that I’ve been involved with it, but at the same time it would be naive to think that we’re going to turn the tap back on and Adelaide will be the same city that it was three months ago.”

He also says politics and factionalism has no place in local government.

“I want to work with all sides of the political realm.

“I don’t think politics is so necessary in local government because people are so specific in the agendas that they have.”

SA History Trust CEO, Adelaide Festival of Ideas founder and bookseller Greg Mackie says the city’s central ward is the “powerhouse and main revenue-driver for council” requiring a representative who has “entrepreneurial flair, well-developed listening skills and diplomacy skills” to tackle the tough economic times ahead.

“Almost all of the last 40 years of my working life have been spent in central ward in various capacities and I believe that I have the pulse of the ward,” he says.

“I have spent the last 20 years engaged in policy and strategy in large domains of the State Government and between that and my small business acumen… I believe that I will be an asset to help assist the performance of the current council.”

His campaign motto is “giving the future a present – now!” – a vision that could be challenged by the current-day impacts of the coronavirus, which has significantly dented the council’s budget and plunged many operators out of business.

“There’s no question that there’s going to be a very long tail to this and the recovery process is going to be very, very slow and painful for council,” Mackie says.

“I will certainly in the course of the next 10 days have more to say on what everybody understands to be a platform, recognising that one elected member is one member in effectively a parliament of 12 and the reality is that while talk is cheap, a considered talk and verifiable action requires careful consideration.”

“I make decisions based on evidence and I have an ability to relate to all people,” he says.

“I am running independently but obviously I am working for the Greens and I have been a candidate and a co-convenor of the party,” she says.

Wyra says she saw a “huge opportunity to become a progressive leader on what a social and community-minded and environment-minded city could look like” by running for the vacant central ward seat.

“The council has basically been at a bit of a standstill for the last few years and while a lot of good work has been done I think Council has been fighting itself quite a bit,” she says.

“I think we’ve seen a fair bit of conflict and the same issues going around and around again, and I think this by-election is an opportunity to break out of that a little bit.

“I’m hoping that my run – particularly because I’m new – can be a fresh start for Council.”

She has also pledged to protect the park lands from development and to make the city more cyclist and pedestrian-friendly.

“I think Council’s biggest responsibility is to put people first,” she says. 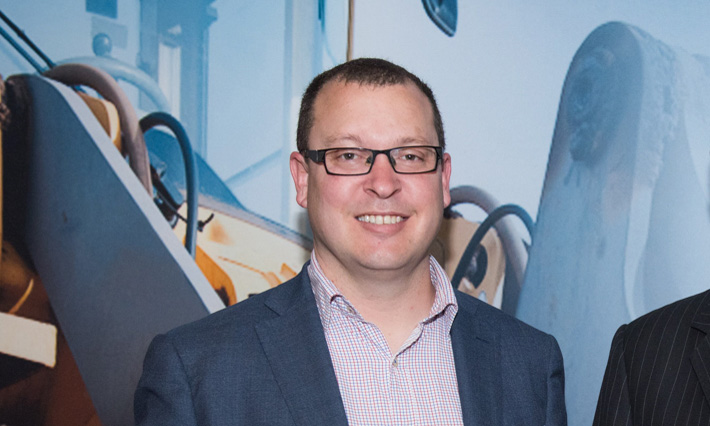 Former Property Council chief Nathan Paine was one of the first candidates to announce he would run for the central ward seat, telling InDaily in February that he would fight for cleaner city streets and decreased vacancy rates.

He currently works as the director of development advisory firm Property and Consulting Australia.

City council election to go ahead despite coronavirus

With the coronavirus hitting city businesses hard, Paine is calling on the council to deliver a stimulus program that gives every resident $200 for use exclusively in small to medium retail and hospitality businesses in the city and North Adelaide.

He says based on the city’s residential population of about 25,000 people, the measure “has the potential to quite easily pump up to $5 million into the retail and hospitality businesses across the council area”.

“We saw more stimulus support from the State Government over recent days, which is fantastic, but the key now will be starting to put together the plan for recovery,” he says.

“As we move out of the recovery phase and into the upswing it’s important that we make sure the council has got a real deliverable plan to kick-start the economy again.”

Former Deputy Lord Mayor and 2018 Lord Mayoral candidate Mark Hamilton is no longer in the running for the central ward seat, telling InDaily this morning he decided yesterday to withdraw his nomination.

“Yesterday I took the decision to concentrate on a campaign for north ward or area councillor at the November 2022 local government elections instead of this supplementary election,” he says.

“As there is only part of a term to run, I think it best that I concentrate my energy, resources and planning on a campaign to be a member of the next council for a full four-year term.”

Central Market bookshop retailer Kate Treloar has also withdrawn from the race, announcing in a Facebook post last month that “between running a decimated business with no shopfront, home-schooling kids, and general end-of-life-as-we-know-it, I have nothing left for a campaign”.

Ballot material will be sent to eligible voters in the central ward from April 21 before close of voting on May 11.