“Since e-scooters were introduced in the city last year, they have been embraced by South Australians,” he said in a statement.

“Now we’re rolling them out along our coastline.

“This will be a great boost for local tourism as people can catch a train or tram or drive to one beach, then hop on an e-scooter to have lunch or visit another beach up the coast.”

Although the Minister’s spokesperson couldn’t specify the boundaries for the two sections – only referencing “Seacliff to Outer Harbour” – MP Matt Cowdrey said e-scooters would connect patrons to beaches such as Henley and West Beach as “these areas aren’t serviced by trains or trams”.

“So the ability for people to catch a train or tram to either Glenelg or Grange and then hop on an e-scooter to Henley or West Beach will help bring people into these areas,” Cowdrey said.

From the CBD, Henley and West Beach are only directly accessibly by bus. 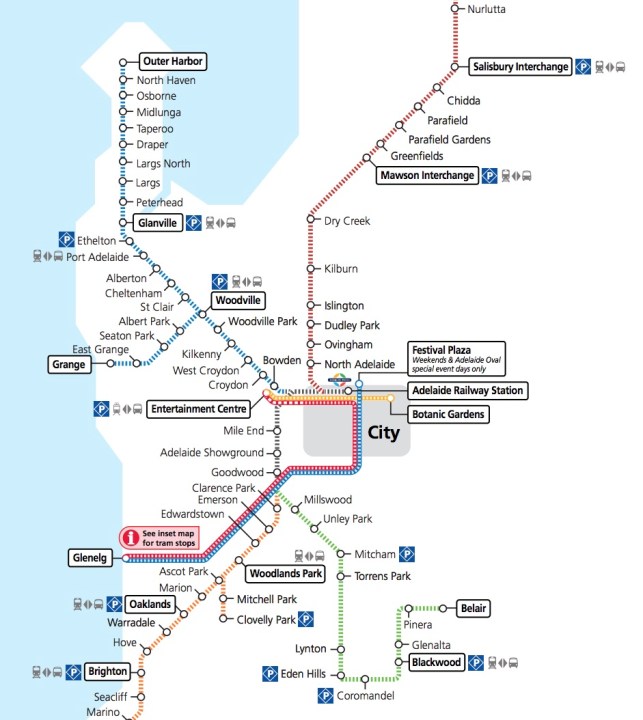 A snapshot of train and tram lines in Metropolitan Adelaide. Source: Adelaide Metro

A spokesperson for the Minister also declined to comment on how the success of the trail would be measured.

The move comes one month after the South Australian Government expanded the boundaries of e-scooters within the city to include North Adelaide, and almost two weeks after e-scooter competitor Beam claimed the selection process, which banned them operating in the city, was unfair.

Other unsuccessful e-scooter company Lime also submitted its own complaint about the process as part of a formal review.